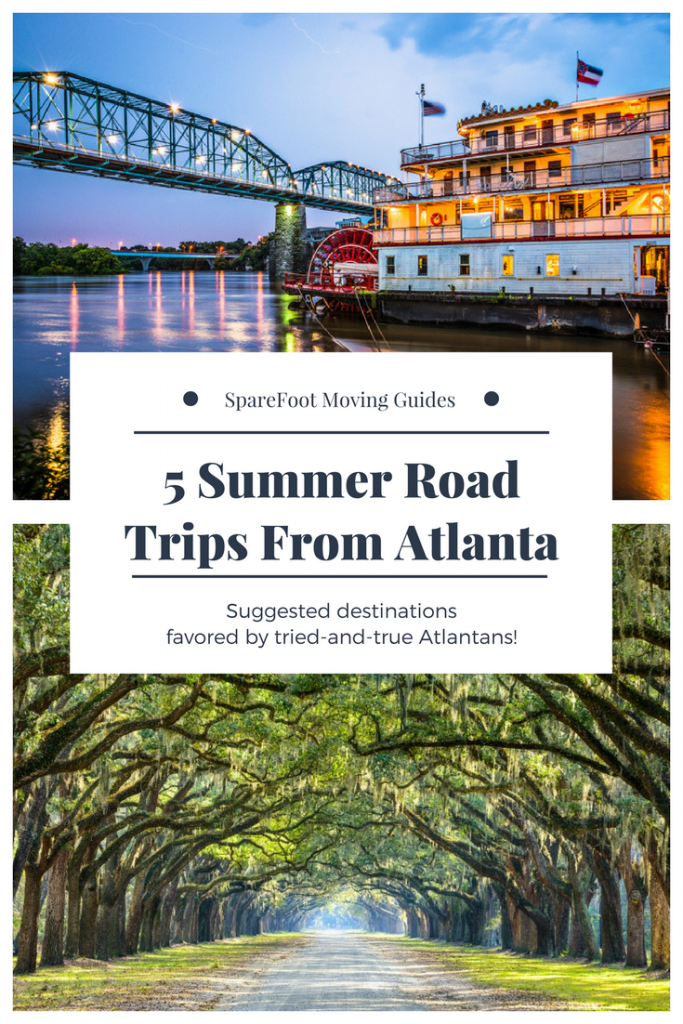 Maybe you’ve already hit every summer festival, dunked in every public pool, drank too much Sweetwater 420, and tried every flavor from King of Pops (including the ill-conceived and thankfully discontinued grapefruit avocado fennel popsicle). Or maybe you’re just ready for a change of scenery. You’re ready for a summertime road trip. Here are five suggested destinations, favored by tried-and-true Atlantans: 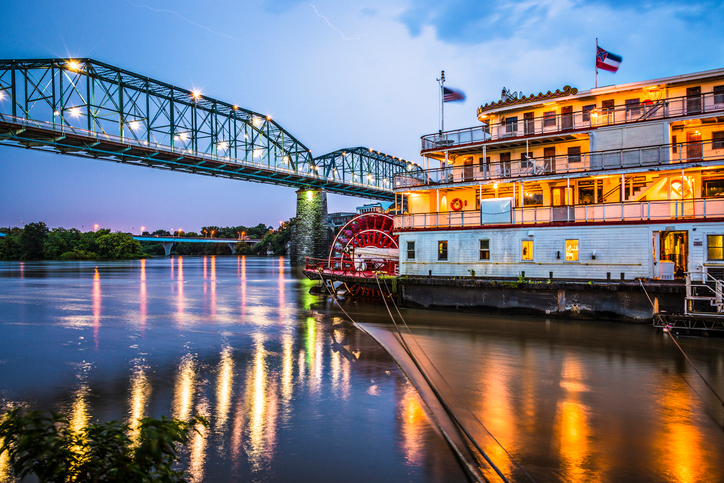 No visit to this waterfront city about two hours from Atlanta would be complete without a stop (and likely a wait) for the pancakes at tiny Aretha Franklins. Then take a bike across the Walnut Street Walking Bridge, one of the world’s longest pedestrian spans, to check out the restaurants, shops, and art spaces — including the HART Gallery, which gives homeless and non-traditional artists a place to sell their work — in the historic Downtown District. If you’ve got kids in tow, they’ll love the three-story Creative Discovery Museum and High Point Climbing and Fitness, named “the country’s coolest gym” by Climbing Magazine, in part because of the massive outdoor climbing wall that looks down on Broad Street.

The brilliant-white buildings might make you think you’re in Bermuda when you make the five-hour drive to this cool, minimalist beach town. It definitely stands out among its more traditional neighbors on Florida’s 30A. Alys Beach is known for its amphitheater, parks, 21-acre nature preserve, and its whitewashed courtyards, compounds, and villas made from local limestone and cypress. Stroll the cobblestoned streets, then choose hush puppies from the “misbehave” column and quinoa from the “behave” column of the menu (we’re all about balance) at George’s at Alys Beach. From there you can head to Lake Marilyn and walk its nature trail to Somerset Bridge.

Forgot to share these… Shots of “Alexandria” for The Walking Dead. Built in “Woodbury” (Senioa, GA.) pic.twitter.com/P4vA8fbEqx

You don’t have to be a rabid fan to take a 52-minute ride down I-85 to Senoia, where AMC films the hit TV show, “The Walking Dead.” Sign up for the Touring Dead Walking Tour to stroll the streets of Woodbury and peer through the gate at Alexandria. Afterward, get dinner at Nic & Norman’s, an American restaurant — think burgers, flatbreads, potpies, and meatloaf — owned by actor Norman Reedus (who plays “Daryl Dixon” on the show) and “Walking Dead” co-executive producer and occasional director Greg Nicotero. And maybe pick up a “Little Ass Kicker” onesie at the Woodbury Shoppe, for the zombie-killing baby in your life.

If you’ve seen 1997’s “Midnight in the Garden of Good and Evil,” with Kevin Spacey playing the mustachioed billionaire on trial for murder, then Savannah will seem pretty familiar. With more than 100 neighborhoods connected by a series of squares and parks, the city — about 3 1/2 hours from Atlanta — hasn’t changed much. Forsyth Park remains a popular place to picnic, the cemeteries are still reportedly haunted, and Paula Deen’s Lady & Son’s restaurant still has a line to get in, even after her racial slur scandal. For to-go cups of cold beer, souvenirs, and candy apples big enough to quiet a sugar-fiending toddler, head to River Street. Or if you want culture without the kitsch, see the contemporary art and rotating exhibitions at Jepson Center. 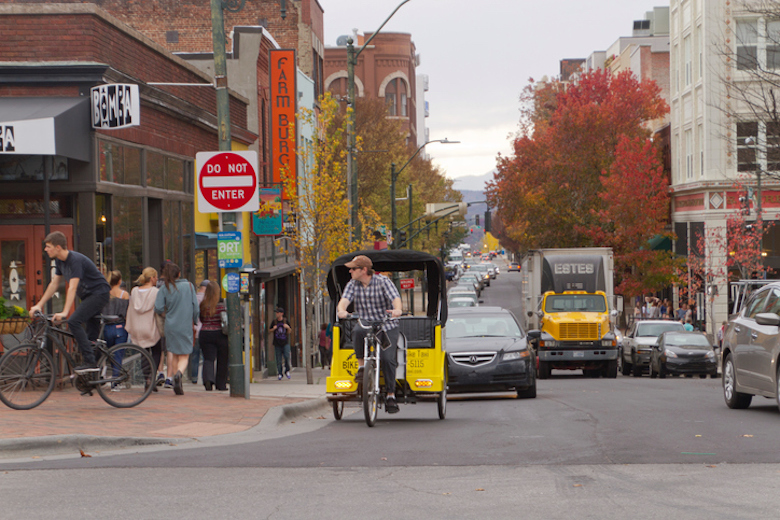 Wicked Weed beer — need we say more? Yes? OK, Asheville does have a lot more to offer than just this brewer of West Coast-style hoppy ales. There are thousands of miles of hiking in the Blue Ridge Mountains, the Downton Abbey vibe of the George Vanderbilt-built Biltmore Estate, and sunset cocktails at the Omni Grove Park Inn. The city itself is crunchy-cool, with one of the best vegetarian restaurants around — the Laughing Seed Café — and the Orange Peel for live music.

Christine is a writer based in Atlanta.
WebsiteTwitter