More Americans are moving to Texas than any other state, and many of those transplants are hanging their hats in Austin — with good reason. Texas’ wildly eclectic and slightly eccentric capital brims with live music, cowboy-booted hipsters and the world’s best barbecue.

Here’s all the local details you need to know to fit in and find your groove in this quirky urban center. 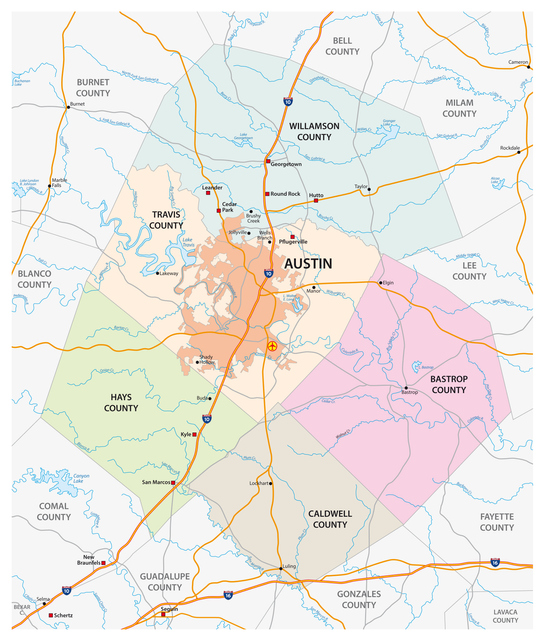 Here are the main parts of town you will need to familiarize yourself with if you plan to become an authentic Austinite.

Austin at a Glance

If you hear a disgruntled local saying “Austin ain’t what it used to be.”, it’s because Austin is all grown up now. Here are some of the current stats concerning the state of things.

For the latest updates on the coronavirus COVID-19, visit the AUSTIN HEALTH DEPARTMENT website.

20 Things You Need to Know Before Moving to Austin

Here are some pointers to keep in mind before you call the live music capitol of the world your new home.

You can thank the Californians for this one. Once those West Coasters flocked here to snatch up “bargain” apartments for only $2,000 a month, the rest of us have been reeling from sticker shock.

Enjoy a day of Frisbee golf or a picnic in the park … in February. That’s right. Expect a mild winter where “The Big Freeze” is anything that hovers remotely close to 32 degrees. At 60, expect locals to don their heaviest coats. From the North? Put on your parka to fit in and to avoid answering “Aren’t you freezing?” all day.

3. We have the mother of all Whole Foods stores. Even if you abhor battling Prii (plural for Prius) for a parking place and debating whether cauliflower is the new kale, you really can’t miss the flagship store below Whole Foods’ world headquarters. There’s the walk-in beer freezer, the football field-size buffet bar (all organic, of course!) and some of the best breakfast tacos you’ll ever wrap your hands (and lips) around.

You’ll remember this one, because the alternative (the Ann and Roy Butler Hike-and-Bike Trail at Lady Bird Lake) is a brain strain and near useless when talking to locals.

Austin is a liberal oasis in the heart of red-state Texas. You’ll still find your fair share of spirited red supporters, but as a college town and a congregation point for intellectuals and artists, you’ll find a wide array of political persuasions in Austin. Plus a handful of naked hippies.

Don’t be surprised if you walk into your new job and your superior is sporting full ink sleeves. In fact, you’ll find a tattoo shop on nearly every corner in some Austin neighborhoods.

7. It’s the Live Music Capital of the World. The title of “Live Music Capital of the World” is not bestowed lightly, and Austin takes it seriously. Any day of the week you can find nearly any genre of music being performed live. If your Pandora feed consists of the Billboard Hot 100, prepare to be snubbed by the city’s music elite.

Austinites appreciate nothing more than a glistening rack of ribs or a slab of melt-in-your-mouth brisket, which explains the wrap-around lines at barbecue joints like Franklin Barbecue (which is Jimmy Kimmel’s fave). Show up early, as the best cuts will be gone by noon. But don’t worry, there are plenty of other places to get your fix that are just as good without the wait. Just ask anybody where their favorite place is and they’ll be glad to talk to you about smoked meats (unless they are vegan).

10. ‘Public transportation’ is a rare breed.

If you’re coming from New York or Chicago, cut your expectations in half, and then in half again. Austin’s MetroRail remains something of a novelty with its single north-south line, and the buses ostensibly operate at their leisure.

When the mercury surges past the 100-degree mark and your face feels like it’s slowly melting off, just remember that balmy winter. Take a dip in Barton Springs to cool off.

14. Tubing is a summer ritual.

To escape the scorching heat, Austinites head for nearby New Braunfels to float the Comal or Guadalupe River. It’s an all-day affair, so slather on the sunscreen or face the dreaded belly burn. The city’s motto may be “Keep Austin Weird” and you’ll spot a good smattering of bona fide weirdoes, but for the most part, we’re a more mild breed of quirky.

Austinites will drive 20 minutes off course to avoid I-35. It may the city’s main artery, but it’s a six-lane parking lot during rush hour (and even at other times). You’re better off avoiding it altogether, even if it means taking side streets.

If you’re more inclined toward “you guys,” stick to that. Few Austinites appreciate a forced “y’all” or, even worse, a fake drawl. Most of us don’t say “howdy,” either. Oh, and many of us don’t wear cowboy boots. Ever.

18. Football is a religion

Austin rarely conforms to the Texas stereotype, except when it comes to football. When the University of Texas Longhorns take the field, it’s “Friday Night Lights” on a citywide scale. Expect lots of burnt orange, tailgating and atrocious I-35 traffic. Some tailgaters even set up shop the night before, with their giant barbecue pits and oversized coolers full of cheap, chuggable beer. And honestly, even if you don’t like football, plenty of fans come specifically for the tailgating.

Gone are the days of walking into an east side bar and casually seeing famous musicians perform to you and 25 other lucky souls. South by Southwest has become so popular that you almost need a wristband to see your favorite bands. One thing that hasn’t changed is the genius idea to turn an entire city into a music festival. From bars, old churches, front lawns, college co-ops, every place becomes a music venue. Of course, COVID has suspended the festival until further notice, but locals are quivering with anticipation to see what it will be like when the pandemic is over

20. The South Congress neighborhood is SoCo (and so cool).

SoCo is the beating heart of Austin’s hipness. South Congress avenue is a popular family friendly spot that is more lively during the day, due to all the shops, live music, and pitchers of margaritas. If you find yourself still hanging out in SoCo when the sun goes down, head over to Egos, a divey karoke spot, or the cozy Continental Club to see famous Austin musicians. 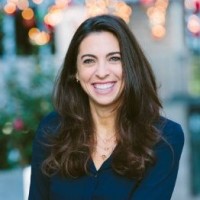 Lauren is a freelance writer residing in Austin.