SpareFoot Moving Guides » Moving to Austin, TX » What You Need to Know About Buying a House in Austin
Skip to content

Moving to Austin? Join the crowd.

According to U.S. Census estimates, the Austin area ranks No. 1 in the nation for growth over the past seven years, with over 100 people moving to Austin every single day! So, consider yourself in good company…. I guess?

Well, you’ve been warned about the downsides, but if you’re still insistent on moving to Austin, you might as well know that there are some very unique things about buying a house here.

But don’t worry, I’ve lived here all my life, and I’m going to give you some insider knowledge about buying a house in Austin that only a local will know.

This may come as no surprise, but the real estate market in Austin is super competitive, especially in hot, trendy neighborhoods. So while it may be easy for landlords to find great tenants, it’s becoming ever harder for homeowners to find a place to live.

Out-of-towners are at a unique disadvantage; since homes will often have multiple offers within days of coming on the market, there’s no time to come tour the house.

I’ve had several friends that were forced to bid, sight unseen, on houses in desirable neighborhoods. One friend offered over asking price on a house, based on just the pictures, only to be beaten by an all cash offer.

You WILL Have to Battle Traffic

Every major city complains about traffic, and there are definitely cities with worse traffic; however, Austin is among the few that have no sophisticated public transportation option.

There’s one train line from Leander (a suburb northwest of Austin) to downtown on a sporadic schedule. The bus system is a mess, a hodgepodge of seemingly independent lines, making transfers a nightmare and travel times insane. And during the dark days of 2016, Austin had even outlawed Uber and Lyft.

The point is, in Austin, you’re not going to get far without a car.

So, when you’re looking to buy a house, you need to consider the traffic. Use an app like Waze to determine drive times to and from your work or school at the times you’ll typically travel.

There Are Many Natural Hazards

Central Texas has several unique hazards that every homeowner should know about.

First, the central Texas area has clay soil that shrinks and swells with variations in moisture content. As a result, every house has potential foundation problems. Entire neighborhoods are widely known to be affected, especially east of IH-35. The good news is there are tons of good foundation companies that will inspect the house for free during your option period.

Second, termites are a big threat. Central Texas is one of the most termite infested areas in the country. Most home inspectors in Austin will check for termites and post the results underneath the kitchen sink.

Finally, Central Texas is the most flash flood-prone region in the country. In fact, the National Weather Service has nicknamed the area “Flash Flood Alley.” In 1981, Shoal Creek flooded and thirteen people drowned. More recently, eleven people drowned in 2015 over Memorial Day weekend in nearby Wimberley. So even though Austin is 200 miles from the coast, make sure you check to see if the house you want to buy is in a flood plain.

Austin is often called a blue island in a sea of red.  Though the state is reliably conservative, Austin is progressive. The Austin City Council reflects this, and has been very aggressive with its initiatives. These include things like encouraging biking through creating bike paths, banning plastic bags, regulating Uber and Lyft, and of course, making housing affordable.

One recent example of regulation affecting housing is the city’s attempt to restrict short-term rentals. As of this writing, this ordinance is being challenged by the state government. Another real estate battle currently being waged is a major rezoning project, called CodeNext. This could have profound implications on property values and the future of certain neighborhoods.

Whether you agree or not with these initiatives is irrelevant. Because the state government is openly hostile to Austin’s government, they have gone so far as to overrule or challenge many of the changes Austin has tried to implement. This causes a fog of uncertainty that impacts all homeowners and residents.

Different Vibe Between the City and the Suburbs

Austin is an eclectic mix of college students, old timers, artists, tech workers, and nouveau riche. North Central, Central, and South Central Austin have a very high hipster density. East Austin is rapidly gentrifying. Most families settle in the suburbs in search of better schools and lower home prices. There’s some truth to the judgmental map of Austin.

This odd mish mash is constantly evolving, so if possible, talk to a local about which neighborhoods you’d feel more comfortable in. And ask locals or your real estate agent about trends. I thought my cousin was insane for buying a house in east Austin ten years ago. Turns out she wasn’t alone and now her neighborhood is one of the most desirable in the city.

The Austin area has some of the best schools in the nation, such as Westlake and Westwood High Schools. And the Austin Independent School District (AISD) has several excellent magnet schools. That said, AISD itself generally has a bad reputation, and because of changing demographics, its enrollment is actually shrinking.

If you have children, the school system will definitely impact where you decide to buy a house. Even if you don’t have children, you should keep schools in mind, since the districting will have a huge impact on your property values.

Texas boasts no income tax, but this is made up for with crippling property taxes. Although this affects every city in Texas, Austin is among the few that are uniquely impacted by uber-rapid property value appreciation.

On a positive note, state law limits the amount a county can raise property valuations on homesteads to 10% a year. This means many homeowners are paying taxes on a lot less than their house is worth.

This can be a nasty trap for homebuyers though. Because property valuations are reset when a house is sold, when someone buys a home, the property taxes could increase dramatically overnight.

One tip here is to not trust the current property taxes on a home you’re looking to buy, since they might not reflect the true value of the home.

Another tip is to apply for a homestead exemption immediately upon purchasing a new home. This will lower your taxes slightly, and cap the annual increases allowed.

Keep these things in mind as you begin your house search in Austin. A good real estate agent should be able to give neighborhood-level details about each of the items I’ve mentioned.

In the end, I hope you will decide not to move to Austin. But, if you’re like everyone else, see ya soon!

Andrew Allen is a third-generation Austinite and long-time real estate investor. His company, Barker Hill Realty, invests in residential and commercial real estate around Central Texas. Feel free to connect with him on LinkedIn. 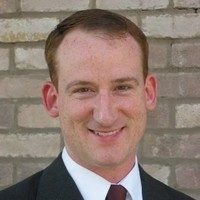