SpareFoot Moving Guides » Moving to Boston, MA » 5 Reasons Why You Should NOT Move to Boston
Skip to content

As a Boston resident, I can confirm that you should really weigh the pros and cons before moving here. There is a lot to like, but for those that didn’t grow up here there is a lot to get used to. And I don’t mean just the accents: the culture, the weather, and rising costs aren’t for everybody.

But to be fair, Boston does have its appeals. So, maybe we should cover those first.

Boston is home to some of the best universities in the world, including Cambridge, MIT, Boston University, Harvard Medical School and Berklee College of Music just to name a few. It is also home to some of world’s most advanced hospitals, such as Massachusetts General Hospital and Brigham and Women’s Hospital.

As such, Beantown boasts a ton of job opportunities in higher education and the medical sector, but also in biotech, finance, and publishing.

Of course, all work and no play makes Jack a dull boy. And believe me, there is much fun to have in this city. Bostonians rave about ballgames at Fenway, jazz clubs in the South End, strolls through the Public Garden, bar crawls in Faneuil Hall, and bike rides along the Charles.

If shopping is your bag, Back Bay’s Newbury Street, Downtown Crossing, and Harvard Square in nearby Cambridge have you covered. When you want to escape the hustle and bustle, the beaches of Cape Cod are a short drive away.

As far as architecture and history are concerned, the city is a cultural juggernaut. There’s Paul Revere’s house in the North End, the Boston Tea Party Ships & Museum in Seaport, the Granary Burial Ground and Old State House downtown.

Or bask in the glory of Boston Common, America’s oldest park located right in the heart of downtown. Boston is an American history enthusiast’s dream come true, and most of the best sites are connected via a 2.5 mile path known as the Freedom Trail.

That all said, not all is rosy in the Puritan City. Despite all the benefits, these five things might be dealbreakers for some folks:

The storm so far: Emergency rescues, a floating dumpster, rivers of slush, and a barrage of ice "shrapnel." https://t.co/KW1Fo7fCx3 pic.twitter.com/lazgjQlD19

After living in Los Angeles and Austin, I was blown away, sometimes literally, by the freezing temperatures here. Be prepared for boots, beanies, ski pants, and goggles – yes goggles! – to become staples in your winter wardrobe. It’s not uncommon for professionals to carry their dress shoes in purses or briefcases and change after they arrive in the office.

2. Bostonians are a prickly bunch.

Nasty Road Rage Fight Erupts In The Middle Of A Highway In Boston https://t.co/mznLFCtH8C pic.twitter.com/FoPRkHWPB1

Other than New York City, no other city even comes close to the level of rudeness that permeates the city. If you commute into town from the neighboring suburbs, prepare to be pummeled with a daily onslaught of middle fingers. If the Red Sox, Celtics, or Patriots lose, Bostonians get particularly irritable. Depending on the severity of a Red Sox loss, you may have to stay indoors and board up your doors.

In Boston, road rage altercations have been known to turn those Styrofoam Dunkin Donuts cups into projectile weaponry.

3. The city is wicked expensive.

According to a 2017 study from Suffolk University and the Boston Globe, nearly half of Boston residents are “very dissatisfied” with the price of housing in the city. Another 58.6% are at least somewhat dissatisfied by the cost of living here.

After San Francisco, New York, San Jose, and Washington, D.C., Boston is the most expensive city to rent an apartment in the country. Per the most recent Zumper report, the median rent for a one bedroom apartment is $2,200.

I live in the East Fenway/Symphony district, and the rent is killing me.

Although there are seven off-leash dog parks in the city, Boston isn’t all that dog friendly.

My sister’s cavachon, Riley, is constantly getting kicked out of grocery stores and coffee shops in the city. Admittedly, Riley isn’t too well behaved.

Additionally, dogs are banned from many parks. My friends in South Boston often take their dogs to play at the top of Telegraph Hill, but technically this is illegal. Whenever dogs go on jaunts through the hills of Southie, owners run the risk of receiving $25 tickets for off-leash violations.

5. Boston is unquestionably not the music capital of the world.

In fact, it might not even be the music capital of New England. If you’re used to concert going in Nashville or Austin, Boston will be a disappointment. Due to the harsh winters, aside from the Blue Hills Bank Pavilion and the DCR Hatch Memorial Shell along the Charles River, there aren’t any outdoor venues to see shows.

Allston and Cambridge have a slew of good music venues. Among others, there’s Brighton Music Hall, the Sinclair, Paradise Rock Club, and Great Scott. But these are all indoors.

Where to live in Boston 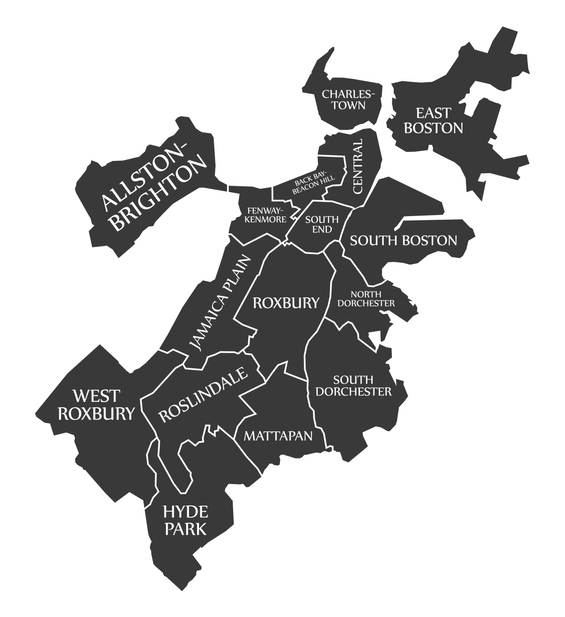 So, if you can bear the high rents, mind numbingly cold weather, and a commute where every other person flips you off on your way to work, Boston might be the city for you.

If that’s the case, here is the lowdown on all the Boston neighborhoods you might consider moving to:

Surrounded and intertwined by the elegant Emerald Necklace park system designed by Frederick Law Olmstead, Jamaica Plain, a neighborhood of 37,400 people in central Boston, is perhaps the city’s most diverse and “hip” area, with numerous students, young professionals, artists, living amid numerous shops, restaurants and the recently declared “Latin Quarter” in between bustling Jackson and Hyde squares.

Located in the most southwestern part of Boston, West Roxbury is Boston’s most suburban-like neighborhood, an historically Irish Catholic enclave that’s long attracted, and still attracts, upwardly mobile residents to its largely single-family homes, though West Roxbury is becoming more ethnically diverse by the year. West Roxbury’s major commercial thoroughfare, Centre Street, cuts through the heart of the leafy neighborhood.

Across the Charles River from Harvard, Allston is a densely packed neighborhood of apartment buildings and classic “triple-decker” homes, populated overwhelmingly by young people between the ages of 18 and 34, many of them students or past students at some of Boston’s numerous colleges. With excellent trolley and bus-line service, Allston is closely associated with the nearby neighborhood of Brighton and often referred to as being part of “Allston-Brighton.”

Considered one of the most desirable neighborhoods to live and work in Boston, the tony Back Bay, with its elegant boulevards and Victorian Brownstones, is home to 50,000 people. Numerous parks, cultural institutions, and fashionable shops and restaurants can be found along Newbury and Boylston streets. Viewed by many as one of the most European-like city neighborhoods in America, huge swaths of the Back Bay are protected historic districts. In other words you can’t afford to live here unless you make mad stacks.

Located just north of Boston and Cambridge, Somerville is a densely-packed, once gritty industrial city historically populated by Irish- and Italian-Americans but which, in recent years, has undergone major gentrification and become a much desirable home for young professionals and students, largely due to its convenient public transit and roadway access to downtown Boston. Home to Tufts University, Somerville has a number of thriving squares, including Davis and Union squares.

A separate town surrounded on three sides by Boston, Brookline is a classic “urban-suburban” community, with the younger and more densely populated northern half served by trolleys and buses and home to numerous shops and restaurants, while the southern half is dominated by more stately single-family homes and numerous parks. The birthplace of John F. Kennedy, Brookline attracts a mix of renters and more affluent professionals, including New England Patriots star Tom Brady and his supermodel wife Gisele Bundchen.

Just south of Boston’s Back Bay and Chinatown neighborhoods, the diverse South End is dominated by 19th Century, red-brick townhouses, small neighborhood parks and is known for its excellent high-end and ethnic restaurants. With easy access to downtown Boston, the South End’s main commercial thoroughfares are Columbus, Tremont and Washington streets.

One of the last remaining “Little Italy” neighborhoods in America, the North End, the traditional home to Italian-Americans since the early 1900s, is the oldest part of Boston, with narrow streets and closely packed  buildings. Home to the Old North Church (“one if by land, two if by sea”) and Paul Revere’s historic 1700s home, the North End is host to more than 100 establishments, the vast majority of them Italian-American restaurants, bakeries and grocery stores.

With its narrow streets, gas-lit lamps, brick sidewalks and Federal-style rowhouses, Beacon Hill, on the top of which sits the golden-domed State House, is one of the oldest neighborhoods in Boston and oldest historic districts in America. Bordered by Boston Common, the Back Bay and the bustling Cambridge and Charles streets, the latter with its quaint shops and restaurants, Beacon Hill is considered a much-desired neighborhood to live and located within easy walking distance of the city’s Financial District and Government Center.

John is a freelance writer based in Boston.

END_OF_DOCUMENT_TOKEN_TO_BE_REPLACED 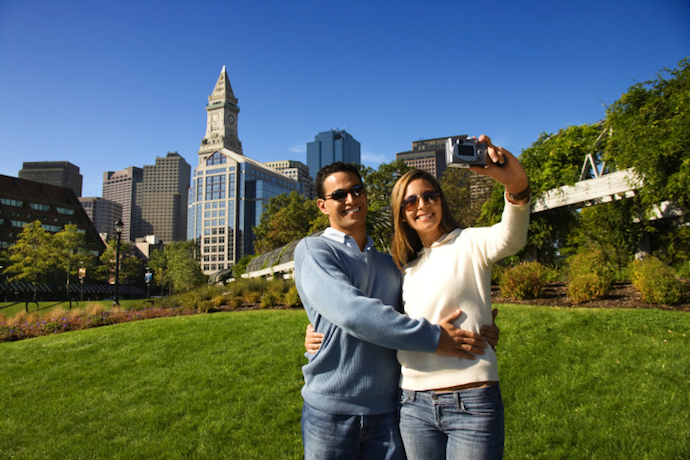