Chicago is a city defined by its neighborhoods, and lucky for you, it’s got a lot of options from which to choose.

The Windy City is made up no less than 77 formally-designated “community areas” which are divided even further into smaller neighborhoods, each of them with a distinctly different vibe and pace of living. It might take some time and a fair amount of exploring to find the neighborhood that is your speed, but once you do, you’ll have your go-to corner coffee shop, corner store, dive bar and hangover brunch spot down lined up in no time. And that’s when Chicago truly begins to feel like home.

Of course, it’s nearly impossible to objectively rank Chicago neighborhoods — or Chicago pizzas, or Chicago sports teams or anything else, really — but we thought it was important to highlight 10 areas that we know inspire a particularly spirited sense of pride among the locals who live there. These isn’t your run-of-the-mill Wrigleyvilles — instead, many of these neighborhoods tend to fly under the radar of national conversations about our fair city. Soon enough, you’ll know what everyone else is missing out on. 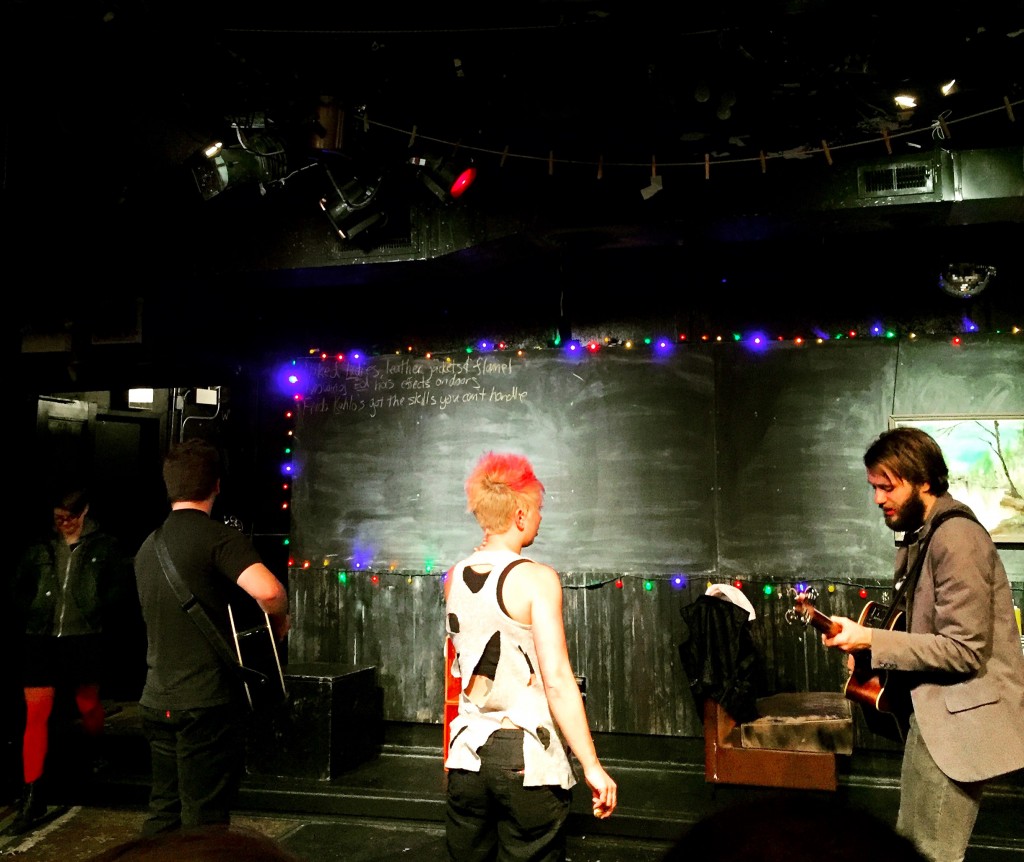 The crown jewel of Chicago’s Edgewater neighborhood on the far north side, Andersonville was originally a Swedish village and today is home to a wide array of mostly independent retailers, bars and restaurants — you won’t find too many big-box stores here. The neighborhood, known for its tree-lined streets of well-maintained historic homes, is also home to a significant LGBT population and an exuberant cultural scene including the always-unpredictable Neo-Futurists theater ensemble.

Located just south of the Chicago River, Bridgeport is a working-class south side neighborhood that’s a bit off the beaten path, but an emerging favorite among locals. Originally an Irish-American enclave, the neighborhood is now one of the most diverse in the city. Today, it’s emerged as one of the city’s foremost cultural destinations thanks to the addition of popular new indie favorites like the Duck Inn cocktail bar joining long-established neighborhood hubs like Maria’s Packaged Goods and Community Bar and the Zhou B Art Center. 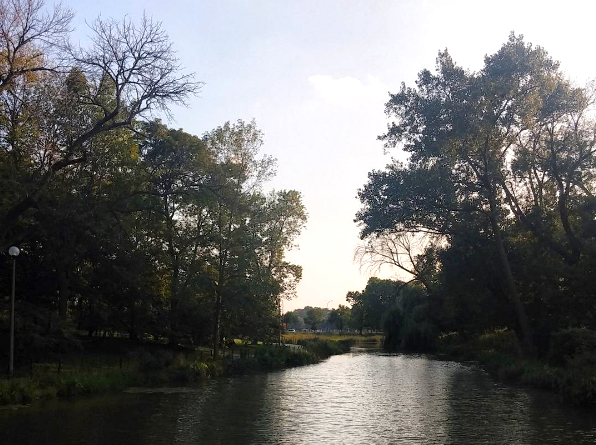 Just because Humboldt Park, located on Chicago’s west side, is roughly a full four miles away from the city’s lakefront doesn’t mean it’s hard up for natural beauty. The neighborhood’s massive namesake park spans over 200 acres and offers a breathtaking mix of natural attractions you could get lost in for hours at a time. In recent years, new businesses have also dotted the landscape of this predominantly Puerto Rican neighborhood and continued to mix up the scene. This is a neighborhood on the rise. 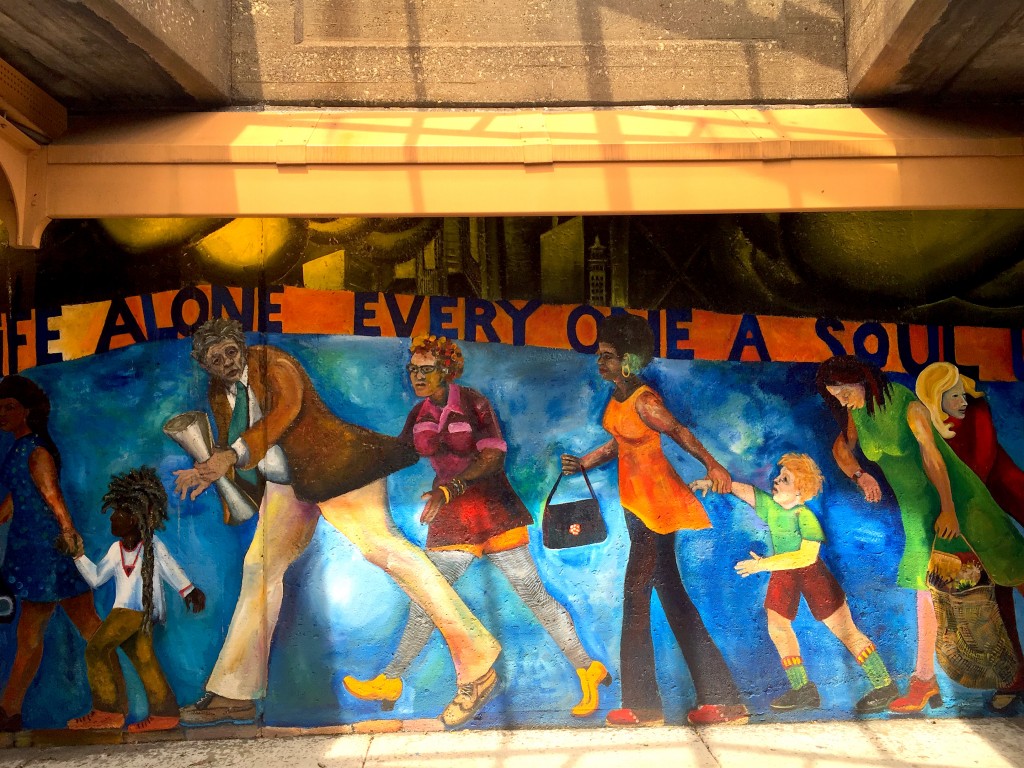 The long-time home of President Barack Obama, Hyde Park is a serene south side neighborhood that boasts the University of Chicago and some of the city’s most iconic historic sites and cultural institutions — such as the Museum of Science and Industry, the DuSable Museum of African American History and Frank Lloyd Wright’s Robie House. It’s also is where you can catch some beautiful views of the city courtesy of its lakeside Promontory Point. 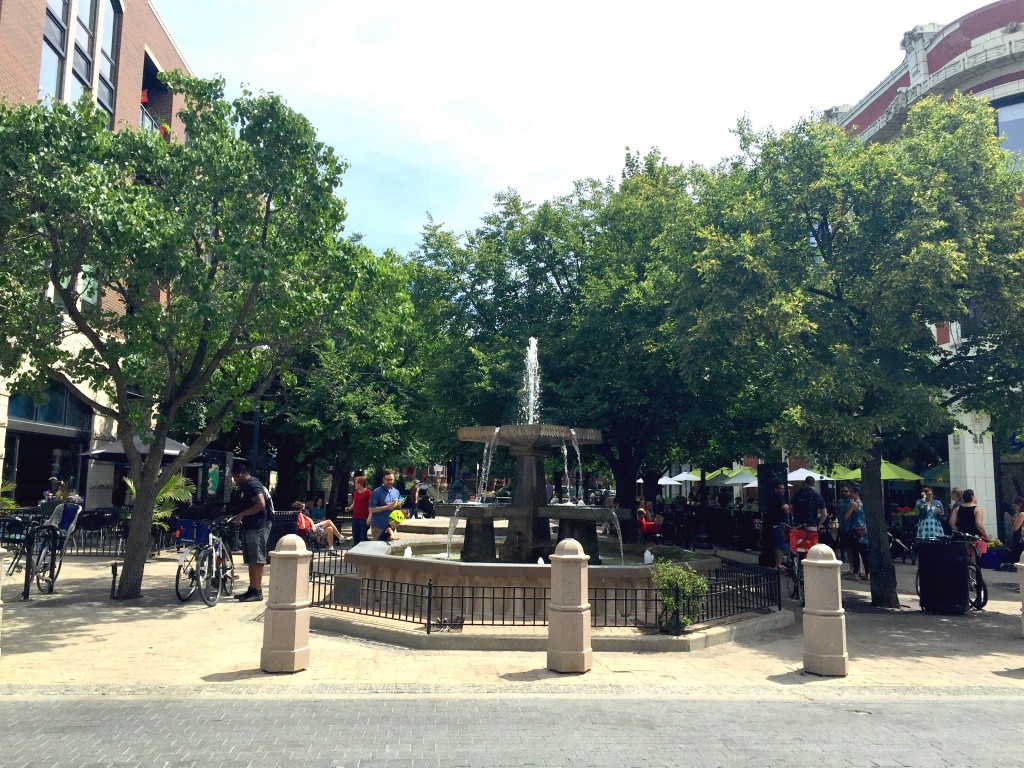 Chicago’s Lincoln Square neighborhood is one of the north side’s best-kept secrets. While it lacks the hype of trendier areas on the city’s west side and elsewhere, Lincoln Square is one of the city’s more unique enclaves. Originally founded by Germans, the neighborhood today has an Old World field and is known for being a favorite for young families — particularly those interested in arts and culture. One of its most well-known destinations is the Old Town School of Folk Music, an internationally-recognized musical institution. 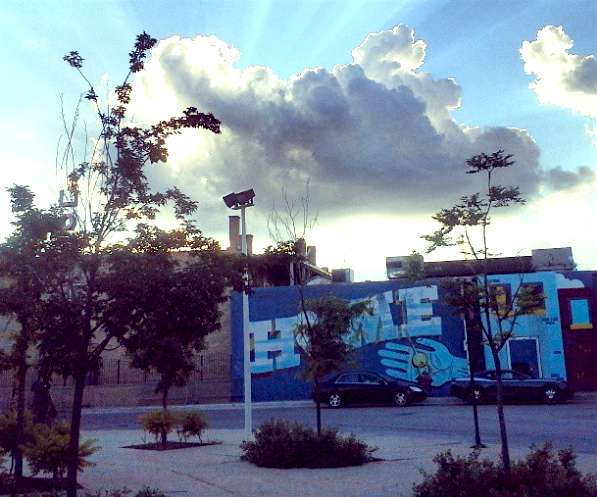 This west side neighborhood has seen a lot of change over the last 20 years. Stretches of the area that used to be completely vacant are now packed to the brim with craft cocktail bars, restaurants and shops. But at the same time, Logan Square maintains an air of its working-class roots. This isn’t just some hipster heaven, though occasionally it can feel like you’ve stumbled into an episode of “Portlandia.” This is where some of the city’s most creative and focused minds come together to make big plans – often over a round of PBRs enjoyed totally irony-free. 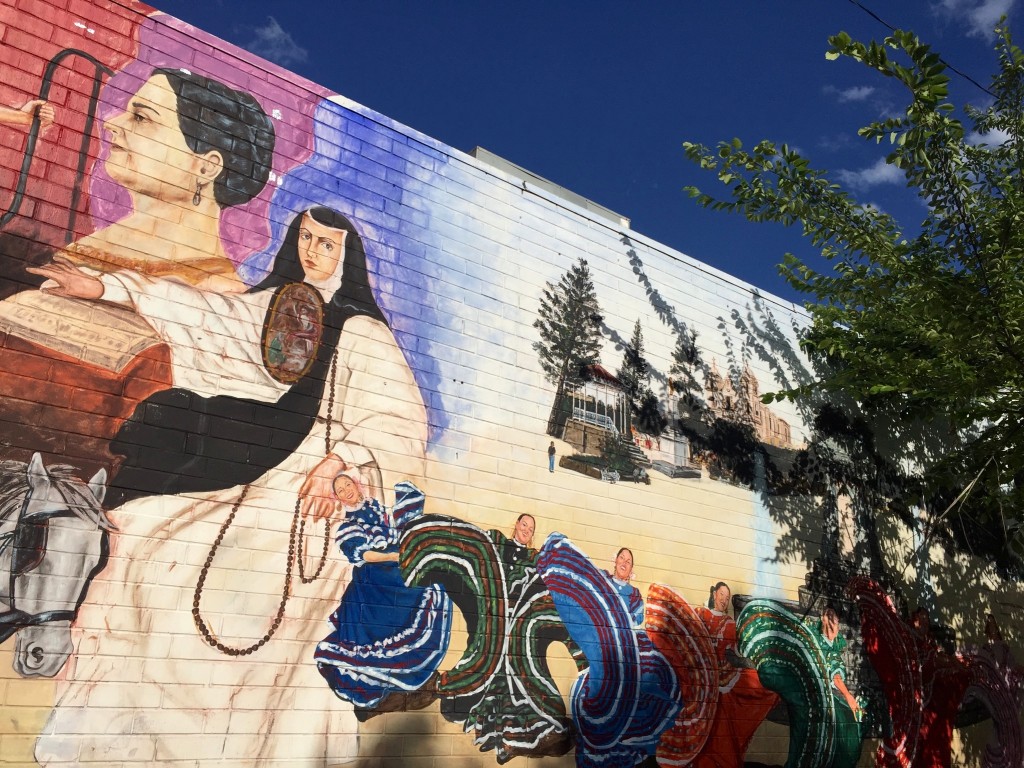 Originally a Czech neighborhood and more recently a predominantly Mexican enclave, Pilsen has become ground zero for gentrification in recent years. While still home to beautiful murals, incredible restaurants and the National Museum of Mexican Art which cater to the southwest side neighborhood’s roots, a more diverse population has begun moving to the area in recent years for the affordable real estate and incredible character. While this trend has introduced some tension to the area, the growing demand for the neighborhood is understandable given how much it has to offer. 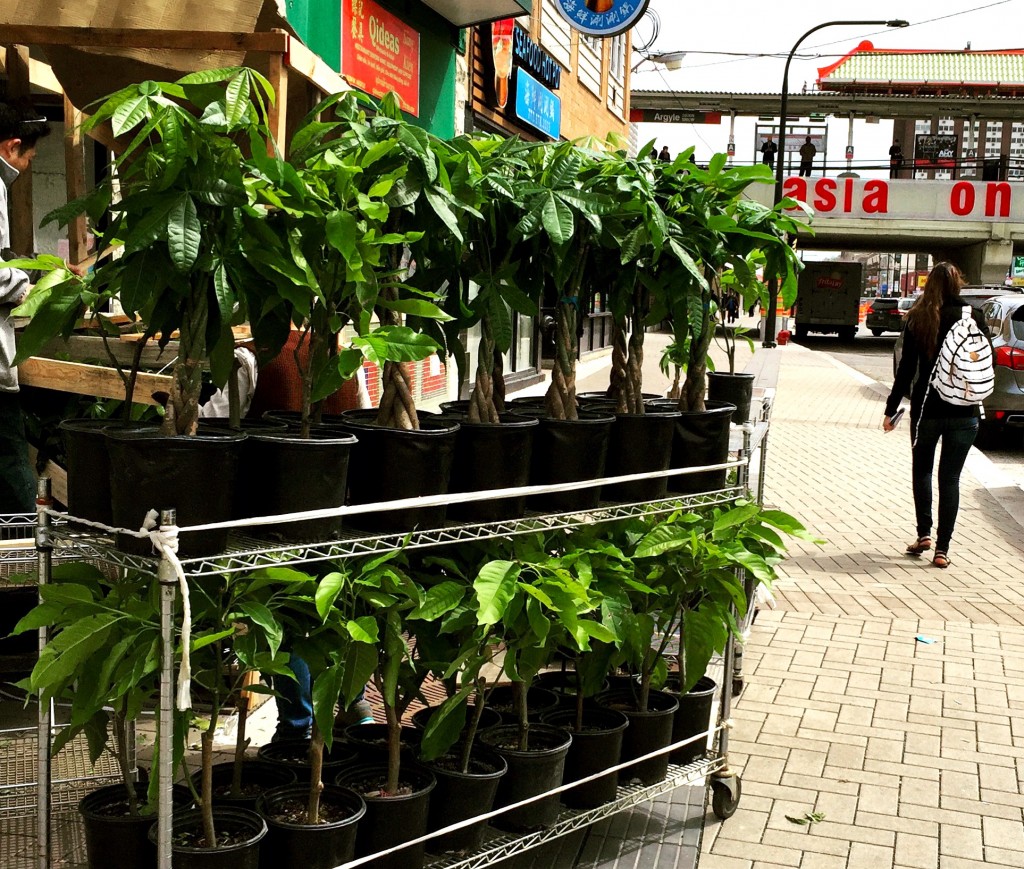 Known as the city’s foremost entertainment district back in the 1920s and 1930s, Uptown has perhaps a more storied past — and, many locals would argue, promising future — than any other neighborhood. Of course, there’s the historic Green Mill jazz club where Al Capone reportedly enjoyed putting his feet up and all the history that comes with that. But there’s also the popular Argyle Street district known locally as “Little Vietnam.” Here, you can get some of the best banh mi and pho in the city. Thanks to all the amazing nosh from all over the world, you’ll never go hungry in this north side neighborhood. 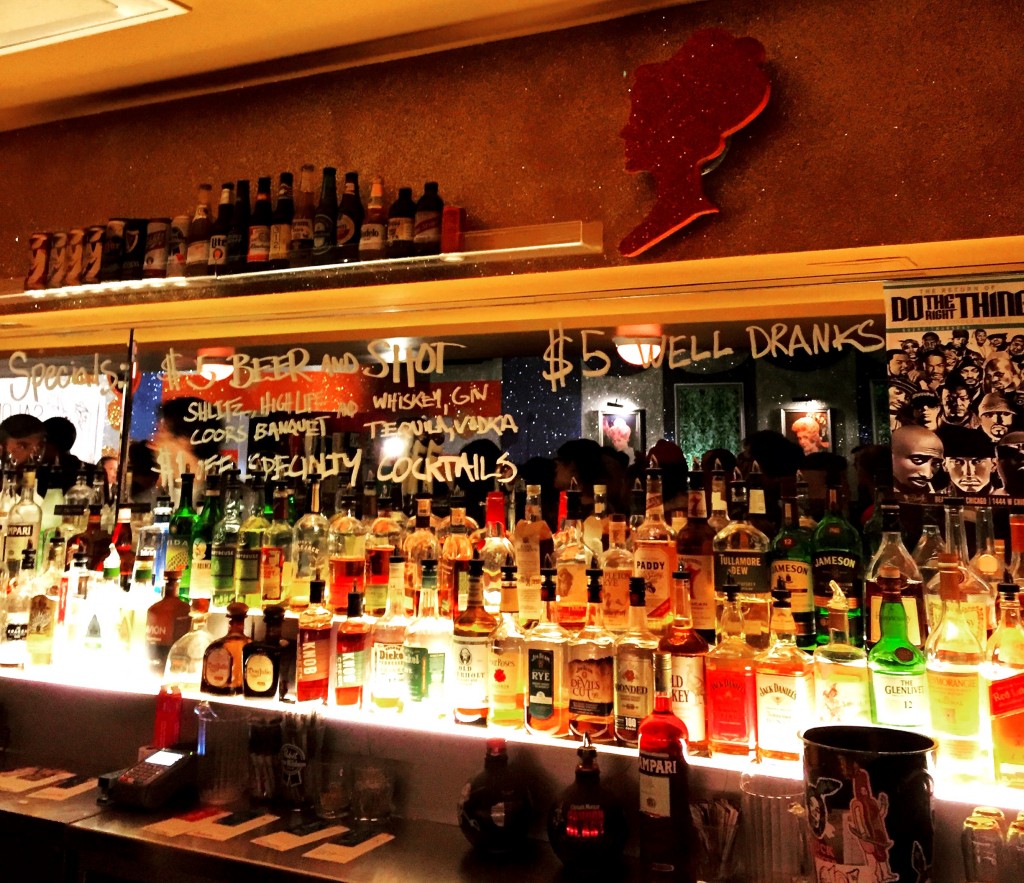 While the West Town community area technically includes other additions to this list — like both Wicker and Humboldt Park — colloquially, West Town tends to refer to parts of the ‘hood located to the south and east. These areas of the city, which also include Ukrainian Village and Noble Square, are known their low-key vibes, historic churches and excellent dive bars, music venues, restaurants and coffee shops. And they tend to be more affordable than some of their better-known counterparts. 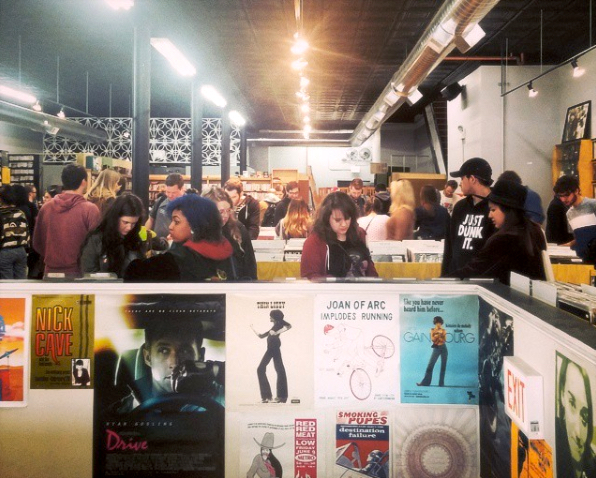 Chicago’s original hipster ‘hood, Wicker Park was known in the ‘90s as a hub of independent art, culture and music. It’s where acts like the Smashing Pumpkins and Liz Phair got their start. You might even recognize it as the setting for John Cusack’s record store in the film “High Fidelity.” Today, the cost of real estate in the area has sky-rocketed and many national chains have moved in, but the neighborhood still manages to hold onto its indie spirit thanks to mainstays like Reckless Records and Quimby’s Bookstore — even if many “indie” folks can no longer afford to live there. 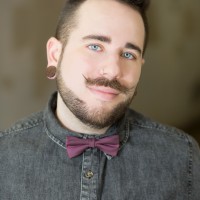