There’s a lot of neighborhood love to go around in the Gate City, and a lot of diverse places you can live. While hopefully anyone you ask will happily spend hours extolling the virtues of their particular community, here are the spots that wow locals and what makes each stand out from the crowd.

Thanks to @DeepRootsMarket for sponsoring our Civic Hackathon and providing drinks for our thirsty volunteers! pic.twitter.com/wDqi19aj1q

Located just a bit north of downtown Greensboro, Fisher Park is built around its namesake 12-acre park. In the early 20thcentury, Fisher Park was the city’s first suburb and the place to live for Greensboro’s most notable citizens. Featuring generous lots and large homes in a variety of styles, from Prairie School designs showing the influence of Frank Lloyd Wright, to Craftsman looks to New England-inspired Colonial Revival homes, the beauty of Fisher Park has withstood the test of time. The oldest homes date back to the 19th century and helped earn the neighborhood a spot on the National Register of Historic Places.

Boasting two parks and a recreation center would be enough of a draw for most neighborhoods, but that’s just the beginning for Lindley Park. Located west of UNC Greensboro, the neighborhood has become popular with the college’s staff as well as others in the creative class. Part of the allure stems from “the Corner,” a cluster of four restaurants, a laundry/bar, grocery store, coffee shop and more that locals frequent. First developed in 1917, the homes in Lindley Park range from Craftsman bungalows to cozy cottages, many with front porches meant for enjoying a summer evening.

Close to downtown and two of Greensboro’s five colleges, Westerwood offers a multitude of charming homes, tree-lined streets and nearby parks to enjoy, including access to the Lake Daniel Park Greenway. Most of the homes were constructed during the 1920s and range in style from Craftsman bungalows to Tudor Cottages, to Colonial-inspired designs.

Spring break = lots of "empty chairs at empty tables"at Tate Street Coffee… But not mine because I'm #studious365 pic.twitter.com/RYvaXaZSS8

If eclectic and funky are your bag, College Hill is the neighborhood for you. The homes are well-preserved 19th century designs, from Queen Anne cottages to Greek Revival and Italianate styles as well as charming cottages, all within walking distance of UNC Greensboro and downtown Greensboro. Due to College Hill’s proximity to UNCG, there is a vibrant, bohemian feel, especially on Tate Street, on the neighborhood’s western border. Many homes have been subdivided into apartments for students, but single-family homes are also prevalent and for 35 years, the community has been designated a historic district.

🎉Happy anniversary, #LeBauerPark. We're looking forward to all the years to come!🎉 pic.twitter.com/XTHFk5KOQr

Downtown Greensboro has seen many changes in the past 20 years that have resulted in tremendous growth and interest in exploring what the neighborhood has to offer. And what it has to offer is a lot —restaurants, shops, parks, theaters, museums, outdoor festivals and more. Basically, the heart of Greensboro is hopping. Residential options include new and revitalized apartments and condos that keep residents in the thick of all that is happening. 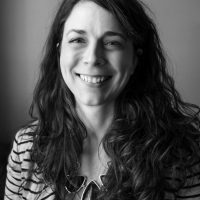 Ginny is a freelance writer based in Greensboro, NC.
WebsiteTwitter 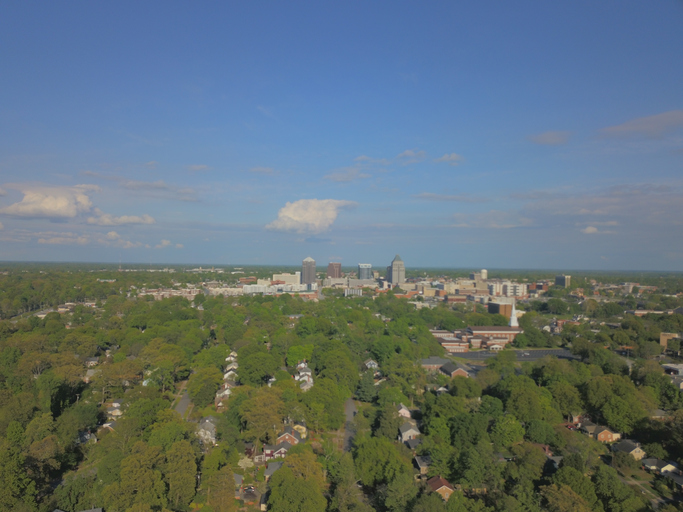 The 5 Best Neighborhoods in Greensboro, NC

There’s a lot of neighborhood love to go around in the Gate City, and a lot of diverse places you can live. While hopefully anyone you ask will happily spend hours extolling the virtues of…

END_OF_DOCUMENT_TOKEN_TO_BE_REPLACED

How to Sound Like a Local When You Move to Greensboro

Blending into a new city starts with understanding the local slang and shorthand. Long-time residents of Greensboro, like most cities, have certain phrases that newcomers may not understand at first. Here’s a few that stand…

END_OF_DOCUMENT_TOKEN_TO_BE_REPLACED 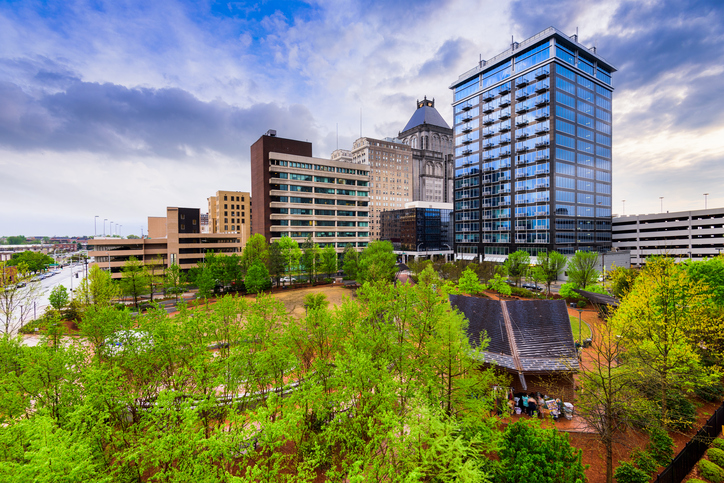 20 Things You Need to Know Before Moving to Greensboro

Known as the Gate City because of the trains that made Greensboro a “gateway” to the West and South in the 1800s, today the city of about 285,000 is the third largest in the state….