With a population of about 4 million, LA isn’t a city for the mild-mannered. It’s a culturally diverse landscape of big personalities, hustlers, dreamers and people chasing after those people. And all of these storylines intersect and unfold on backlots, crowded freeways, in old apartment buildings and offices, shiny new condos and lofts, spacious mansions and quaint bungalows. 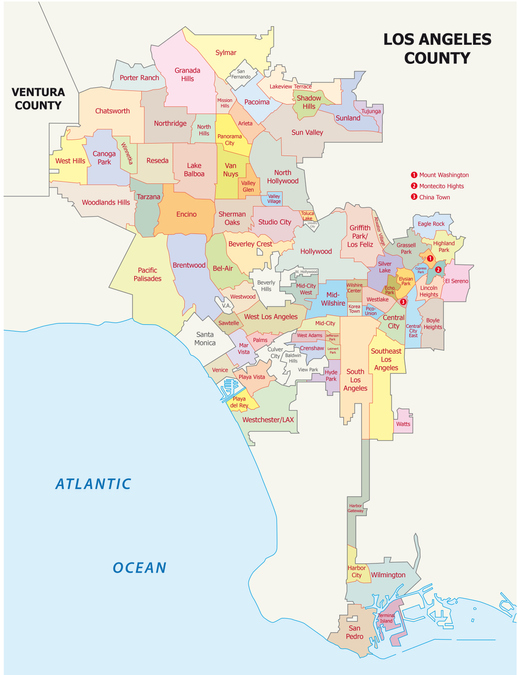 Los Angeles is a vast sprawling metropolis, with numerous unique neighborhoods and smaller cities. Finding the right piece of real estate for you depends a lot on location, cost of living and access to public transportation.

Below are some of the most popular neighborhoods and cities in the L.A. metro to consider living in.

Los Angeles at a Glance 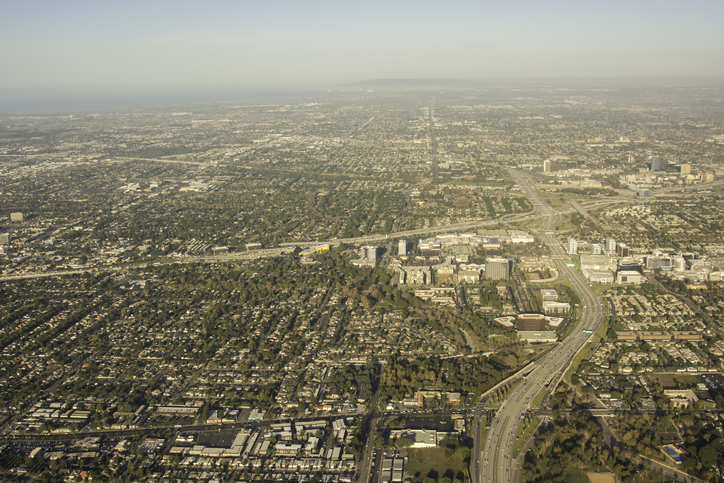 As one of the biggest cities in the country, Los Angeles has a lot to offer, but you’ll have to hustle if you are just starting out. Here are some key facts you need to be aware of before making a plan to move to Los Angeles.

20 Things to Know Before Moving to Los Angeles

Moving to the City of Angels is a big commitment, but we have faith in you. But just to be sure, here is the inside scoop on what it is really like to live in Los Angeles.

1. The big one could happen one day.

Everything in L.A. is on shaky ground, from the weekend box office numbers to what’s happening deep below ground level. The last major earthquake – in 1994 ­– caused billions of dollars in damage. Longtime Angelenos and scientists say LA is due for another big one soon. Keep shoes in your bedroom if you have to make a quick, disoriented escape in the middle of the night and have an earthquake preparedness kit at home. (Yes, seriously.)

2. The weather is amazing, truly amazing. 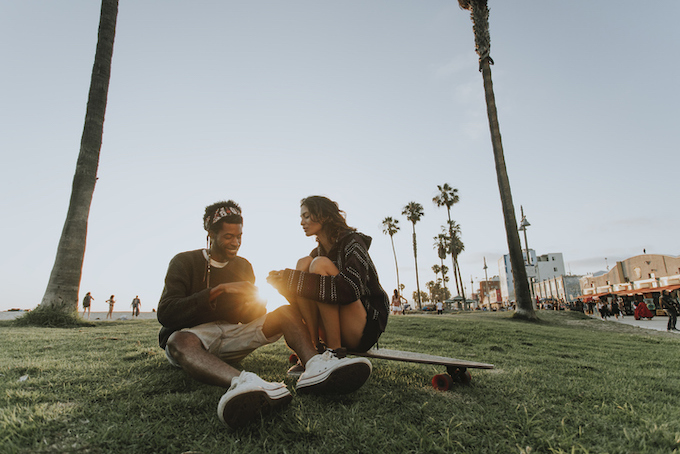 Despite the ongoing, long-lasting drought, Los Angeles has damn-near-perfect weather. (Except for the San Fernando Valley where it can be 10 degrees hotter than the rest of the area.) It’s a repeated pattern of warm days followed by cool nights. Rain comes mostly during the winter. When a major rainstorm happens, Angelenos drive either haphazardly or like a grandma behind the wheel of a 1989 Pontiac.

3. Everyone is always coming from or going to the gym.

In the late 1960s, former California Gov. Arnold Schwarzenegger and a bunch of muscle heads pumped iron on the beach in Venice. Today there are boot camps, Pilates studios and gyms in every nook and cranny of LA It’s not uncommon to hear people say they’re doing a major juice cleanse or they have three gym memberships or eat one cheat meal a month. In LA, six-pack or eight-pack abs are standard equipment. So pack your exercise apparel.

4. You must learn the rules of engagement.

If you’re single, the city of Los Angeles is a good place to meet actors, songwriters, showrunners, Silicon Beach startup founders and personal trainers to the stars. Treat dating in LA like a trip to Baskin-Robbins (which coincidentally was founded in the LA suburb of Glendale). Try many flavors until you find the one that sticks. Avoid offers of hiking dates and opt for an initial coffee date or a happy hour cocktail. Why? Unless you’re in great shape, you end up huffing and puffing, and that’s not very appealing. Plus, if you don’t like the person, you’ve spent an hour or longer with them when a quick coffee-and-run could be the best bet.

You might run into your next boss at a party, your next YouTube collaborator at a coffee shop, a casting agent who likes your look or the love of your life. Like in the movies, those magic moments that radically change your life for the better happen in La-La Land.

6. It’s larger than you think.

The City of Angels’ origin story goes back to Sept. 4, 1781 – centuries before it exploded into the 500 square miles of city we know now. If you time it perfectly during the cooler months, you can go skiing in the mountains in the morning and be able to catch dinner and a sunset at the beach.

Unless they live near the beach. So you want to live near the beach, right? Think again unless you’re coming to LA county with a money tree that’s constantly bearing Benjamins. One-bedroom apartments at the beach aren’t cheap. The urges for sun and beach fun likely will turn into once-in-a-blue-moon visits to Malibu or Santa Monica or Hermosa Beach.

While not as complex as New York’s subway grid, LA’s Metro Rail  system began service in 1990 with one line before expanding during the next 25 years with other lines. (An expansion of the system is under construction into the next decade.) Light-rail service between Santa Monica and Downtown LA is slated to start in 2016. Still the most widespread public transportation are crowded buses, and scooters. There are scooters everywhere!

LA has notoriously tall, almost laughable parking signs. Read every single word. If you don’t, you risk a pricey ticket for simple violations like not moving your car to the other side of the street on street sweeping day or parking in a permit-only area.

10. Angelinos love to talk about directions.

Most Angelenos spend hours a day stuck in traffic. So it makes sense that they would want to know how you got from Point A to Point B. As a newbie, use the word “the” plus the name of the freeway or interstate (as in the 101 or the 405). If you are ever lost in the big city, someone will gladly point you in the right direction–just ask!

If you’re not moving to LA for a job, getting one can be an endless waiting game. To pass the time and keep a constant supply of money flowing into your pocket, most people have multiple side gigs. It’s not uncommon to meet an app developer who also co-owns a shoe line, has a YouTube cooking show, writes a popular blog and DJs at private parties in the Hollywood Hills.

Always read the fine print. That “free” workout or facial or coffee isn’t free. When a real freebie comes along (like free street parking or a yoga or meditation class), you’ll be grateful.

It’s always rush hour in Los Angeles. Once asked the best way for a young actress to get to into Hollywood, actress Bette Davis said, “Take Fountain.” That old trick still works because Fountain is an east-to-west avenue and parallels the often-congested Sunset and Santa Monica boulevards. Getting around the city now means getting cozy with your favorite navigation app or taking Uber or Lyft as needed. D

Since L.A. is ground zero for the entertainment industry, there is a good chance you may run into your favorite Academy Award-winning actor at The Grove or an ArcLight movie theater or on Abbot Kinney. Just because they’re there doesn’t mean they are available to you. Try to hold back on asking for a selfie. 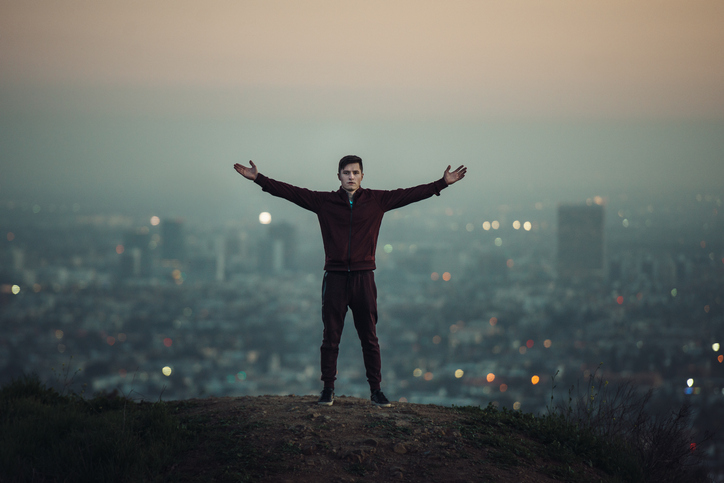 Sure, you might know friends of friends who live in LA, but that doesn’t mean you’ll often see them. Angelenos tend to stick to their neighborhoods to avoid driving. So put yourself out there, make new friends and explore the city.

You can dabble or get serious in whatever dogma you’d like. (Do the Lakers or Dodgers count?) On a serious note, all of the major religions are well. Scientology has an outsized presence here that you can’t help but notice. LA is also home to several notorious cults, so keep your guard up. 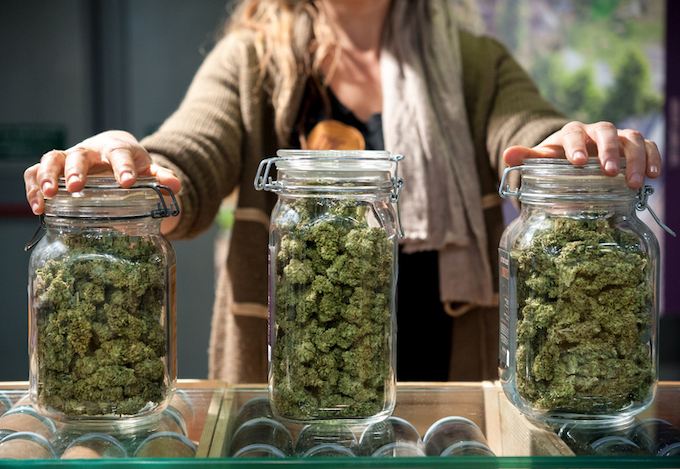 Recreational cannabis has been legal since 2016, and since then marijuana shops and culture have proliferated. Pro tip: Take it easy on the edibles, a little bit goes a long way.

18. DTLA is enjoying a renaissance.

For decades, LA’s downtown was dead, but now it’s going through a major revival spurred by projects such as the FIG at 7th shopping Center, Walt Disney Concert Hall and L.A. Live entertainment district. Along with gentrification, the area has also seen an increase in crime. 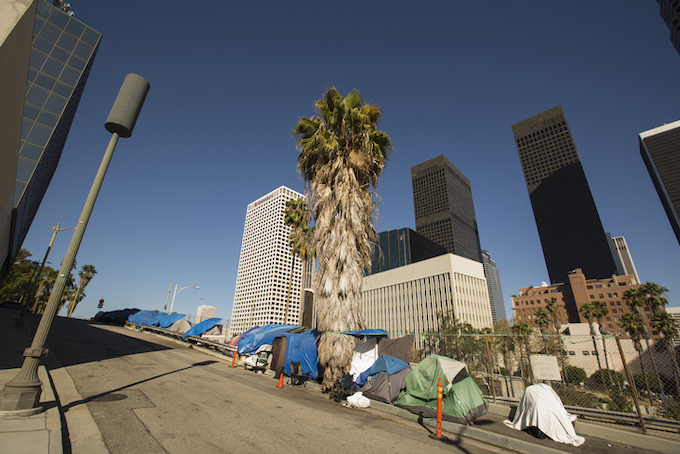 You may see a shiny white Bentley with a hanging bag of clothes from Tom Ford zoom by a camp of down-on-their-luck homeless people living under a hodgepodge of shopping carts, discarded blankets and bags of aluminum cans. And speaking of the latter, don’t be fooled: LA has a major homeless problem.

20. Know what you are getting into!

Los Angeles can be whatever you want it to be, from a Zen retreat to a nightly drug-fueled party. Keep in mind the lines from the 1990 film, Pretty Woman:

“Welcome to Hollywood. What’s your dream? Everybody comes here. This is Hollywood, land of dreams. Some dreams come true, some don’t, but keep on dreamin’.” 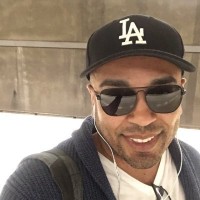 Marques is a Los Angeles-based writer and Fashion Editor at the Los Angeles Times.
Twitter