Downtown Los Angeles contains several diverse pocket neighborhoods, each with their own distinct type of architecture. From Little Tokyo’s wood-accented buildings, inspired by architecture in rural Japanese villages, to the Beaux Arts design styles dominant in Pershing Square, homes in DTLA come in a variety of shapes and sizes.

The community is so unique that it’s one of the few places in the city that would have a 1920’s brick building positioned next to a sleek contemporary glass skyscraper. Now that Downtown’s going through a huge development surge, if there’s one thing you can depend on finding in the area — it’s interesting designs.

Below is a list of the different architectural styles of homes you can find in DTLA. 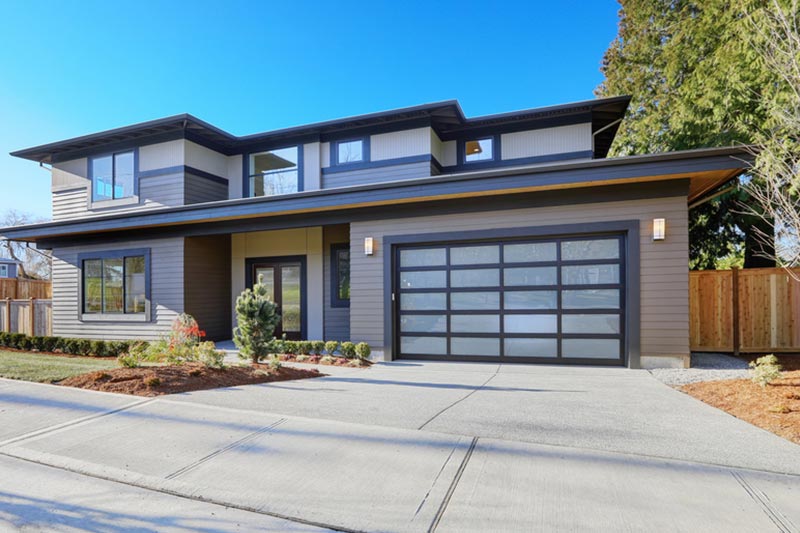 Neighborhoods like Chinatown and the Historic Core are known for their historical architecture, some dating back to the late 1800s. When developers began building residential buildings in these districts, the main goal was to create contemporary-style structures that would not only produce a forward-thinking modern feel, but also fit in well with the neighborhood’s history. A closer look at the detail in many contemporary homes in Chinatown reveal red painted accents and curved rooftops, which pay homage to traditional Chinese-influenced designs. 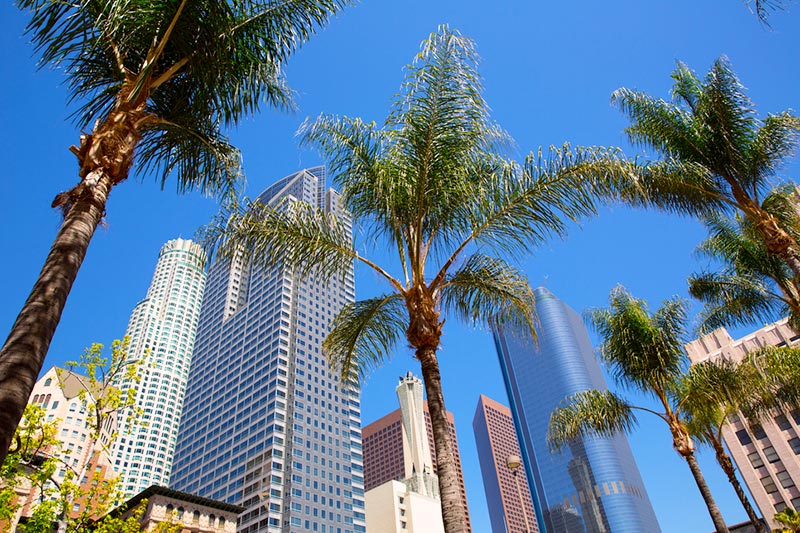 These types of all-in-one buildings are extremely prominent in DTLA because many residents prefer to live, work, and play without traveling too far from home. Many developers understand the need for a pedestrian lifestyle, which is why mixed-use homes are seemingly ubiquitous in the Downtown neighborhood. Mixed-users are also especially common in South Park and Bunker Hill. This type of building style can range from simple retail-residential combinations to a mixture of everything from offices, convenience stores, fitness centers, and even private dog parks. 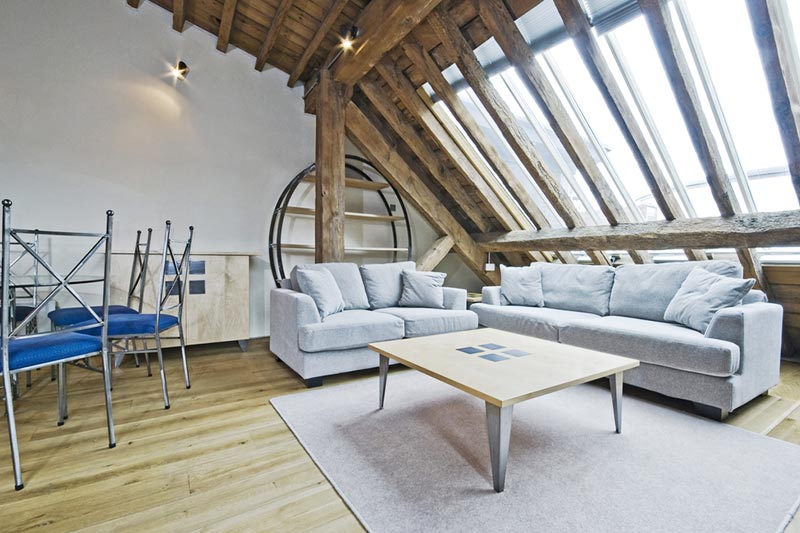 The bulk of warehouse-style lofts can be found in the Arts District, which is filled with historical industrial buildings. The gritty architectural design of these lofts fit in well with the laid-back neighborhood, which has a history of housing struggling artists who were priced out of Hollywood and Venice. The Arts District is now lauded as one of the hottest neighborhoods in the city, filled with creativity and inspiration.

As opposed to the Arts District’s industrial style structures, Downtown’s Historic Core is dominated by proto-modernist-style loft buildings. Many of these structures were originally built in the early 1900s and used as office space. However, many of these businesses failed to survive and ultimately faced demolition. Many proto-modernist buildings such as the Higgins Lofts became historical landmarks and renovated into residential condominiums. Even though some have undergone a revamp (or two) since the 1900s, the exterior proto-modernist architectural styles have remained intact in this neighborhood. 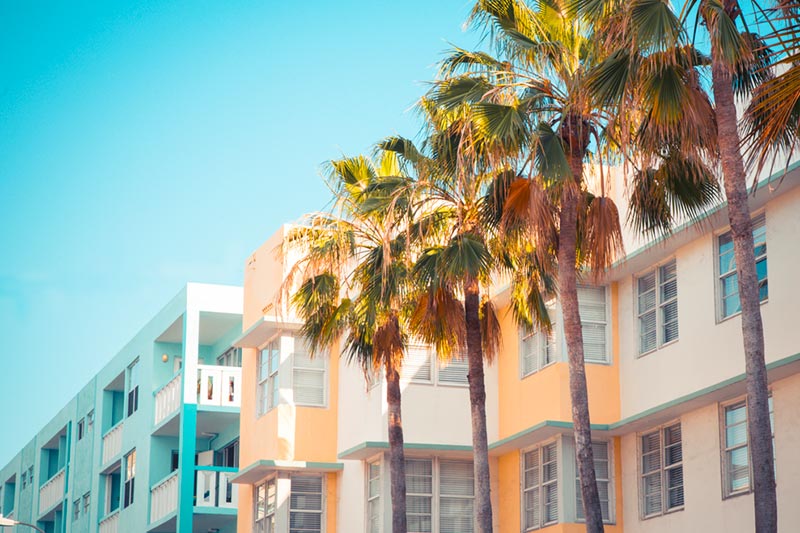 Even though buildings with Art Deco architectural designs fell out of fashion after World War II, the style can still be found in Downtown’s Fashion District. These residential buildings are characterized by vivid colors, lush detailing, and an extravagant structure. One of the neighborhood’s most identifiable condominium buildings and landmarks is the Eastern Columbia Lofts on South Broadway, which is built of reinforced steel concrete with turquoise terracotta trims. 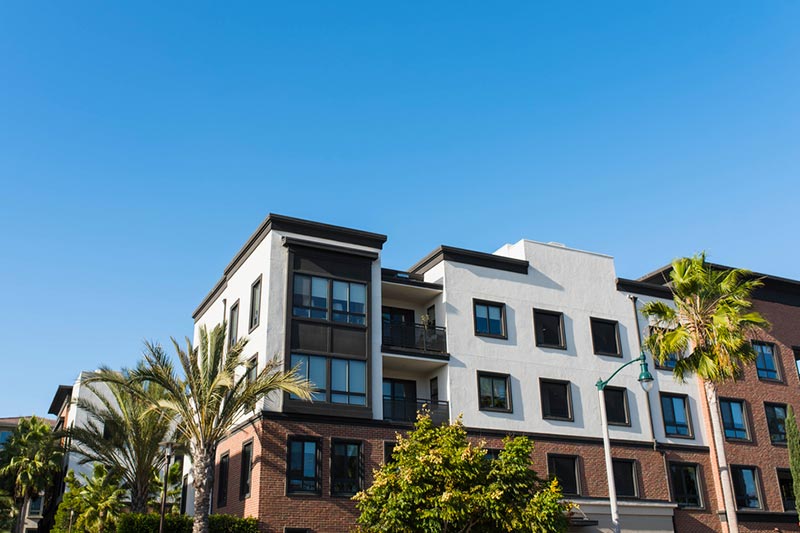 Although they may seem counterintuitive for a dense neighborhood like Downtown Los Angeles, cultural pockets like Little Tokyo still feature several mid-rise residential buildings. Not only are the wooden frames more affordable compared to steel frames (typically used to construct high-rises), but they also match perfectly with the decorative Japanese-style aesthetic of the district. Compared to high-rise living, residents in a mid-rises have more opportunities to experience a tight-knit community.

Article by Susan Chen for Neighborhoods.com

END_OF_DOCUMENT_TOKEN_TO_BE_REPLACED 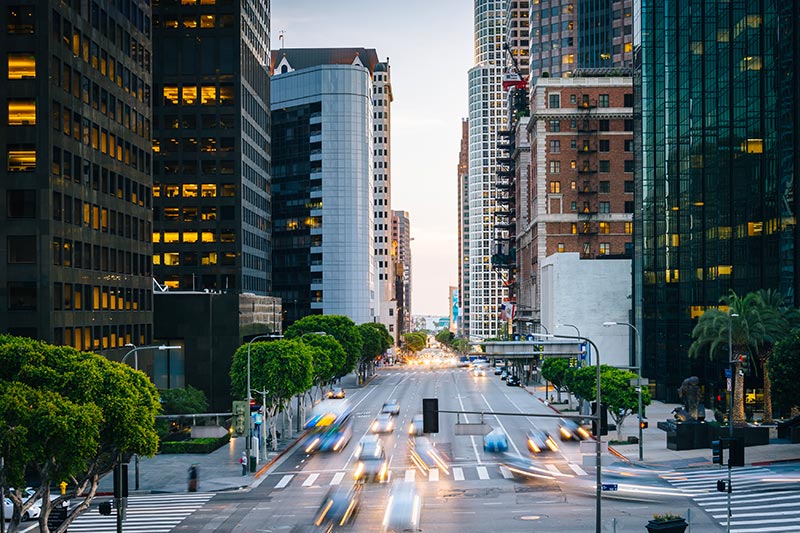