SpareFoot Moving Guides » Moving To Memphis, TN » The 5 Best Neighborhoods to Live in When You Move to Memphis
Skip to content

You can take your pick of the best neighborhoods of Memphis that fit your lifestyle and income level. It’s a pretty good place to be, seeing as Memphis was ranked 6th on a list of 52 cities that remind us we live on a pretty awesome planet (Fodor’s Go List 2018).

The Bluff City was built on the bluffs overlooking the wide Mississippi River. It gave the early settlers high-rise protection from flooding and attack, and a gigantic waterway for transportation and trade. Today it is a thriving city, rich in culture, history, and amazingly-awesome neighborhoods. .

Perfect neighborhood for: Millennials, the adventurous, and start-up business owners

Cooper-Young’s tagline is “Historically Hip.” It describes the bustling neighborhood of historical homes and new shopping centers perfectly. Located around the junction of Cooper Street and Young Avenue, this neighborhood is a residential area with just enough commercial leeway to become a hotspot of local food and entertainment.

Memphis Magazine calls Cooper-Young a “country in the city.” The residents—originals and adoptees—agree.

Resident Kristen Schebler says that those looking to live in Cooper-Young like the city, but want a place that “feels like you can talk to your neighbors face to face, and trade tomatoes and cucumbers from the garden.”

Fellow resident Tamara Cook describes the feel as “bohemian” in the sense that diversity thrives and is welcomed in this residential melting pot. Startup business owners can easily join the local scene and contribute to the variety of food and entertainment.

It’s a beautiful afternoon to bring your pup for a walk through the garden! Trails and Tails will be open until sunset! pic.twitter.com/y3e36ytH6k

East Memphis is a fascinating combination of the residential and the corporate, with much of the space dedicated to neighborhood areas beside different company headquarters. The feel is of a mini-city all on its own, with local shopping in the boutiques, local cuisine in the restaurants, and parks and gardens that offer a bit of R&R.

In terms of livability, Areavibes.com  ranks it 5th in Memphis, and gives the neighborhood plus points for “Sunny Weather,” “Low Cost of Living,” and “Lots of Local Amenities.” A reviewer who has lived in Memphis her whole life says, “we are centrally located to many events and attractions no matter what season of the year it is.” She recommends East Memphis as a great place to raise a family.

Fun Fact: Cordova only settled on its final name in 1900. Previously, it went through 3 other town names.

Cordova was originally a small town on a railroad stop. Even though it is now a fast-growing residential area, it still preserves a lot of that small-town life. In fact, because of the ease of travel from home to work, it is the type of neighborhood where you can live a suburban life, without the tiresome suburban commute.

One resident adds, “The homeowners respect each other and the neighborhood and look out for each other.” Another big selling point, however, is its affordability—if you have or are planning on having a larger family, the Cordova payoff is more space for less pay.

Perfect neighborhood for: Millennials, young professionals, and families who love to enjoy local culture without straying too far from home

Like its name suggests, it is literally a town on an island (or more precisely, a peninsula), with all the romantic features this entails. Walking and biking are highly encouraged to get from point to point, and you can take a boat or the bridge to the mainland. The neighborhood is peppered with eating places, schools, even a shopping center and a theater.

It’s a place to live, work, and stay refreshed, with a glimpse of the central city on the horizon just to remind you of how lucky you are. The founder’s dream for Memphis was that it would “give Memphis a distinct and warm feeling so that people will see they’re amidst inviting homes, not just a commercial area. And that’s what we have.”

Perfect Neighborhood for: Families, businessmen and doctors, individuals with a love for the historic

Fun fact: 1,350 of the houses and churches in Central Gardens are found on the National Historic Register.

Central Gardens is a residential area that feels both timeless and homey, the result of a long history and a thriving community. At the same time, you can drive 10 minutes one direction to downtown Memphis, or 15 minutes another direction to Memphis International Airport.

More than that, it’s easy to create memories and regular routines in Central Gardens. Temptingly accessible by car and on foot are the Memphis Zoo, Overton Park, the Liberty Bowl Memorial Stadium, and so much more. Churches and schools line and dot the area, giving you more than enough choices.

There’s a Neighborhood for Everyone in Memphis

Memphis real estate agent Katie Davidson says, “Memphis is one of those big cities with a small town feel, because of the close knit communities within it.”

And it is great neighborhoods like these that are exemplary of the close-knit communities that make Memphis such an amazing city to live, work, and play in. 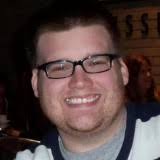 Grant is a writer based in Memphis, TN.
Website

How Dog Friendly is Memphis, Really?

END_OF_DOCUMENT_TOKEN_TO_BE_REPLACED 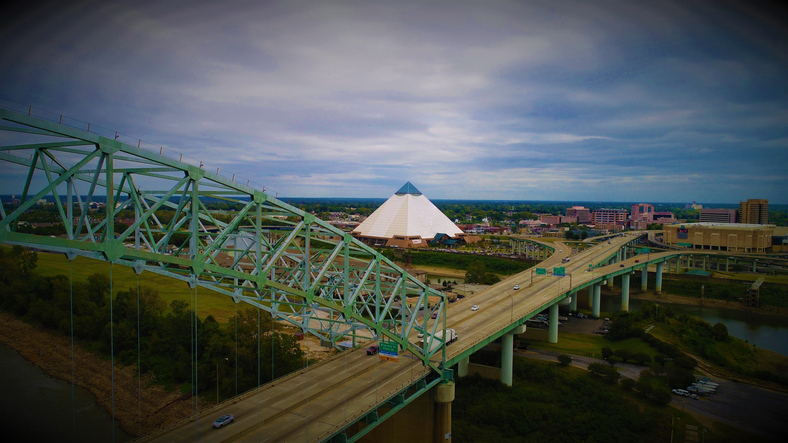 5 Reasons You Should Think Twice About Moving to Memphis

If you’re thinking about moving to Memphis, there are a lot of good reason why you might—we have the best barbecue in the world, our fried chicken outstrips everyone else’s, and our music festival is…

END_OF_DOCUMENT_TOKEN_TO_BE_REPLACED 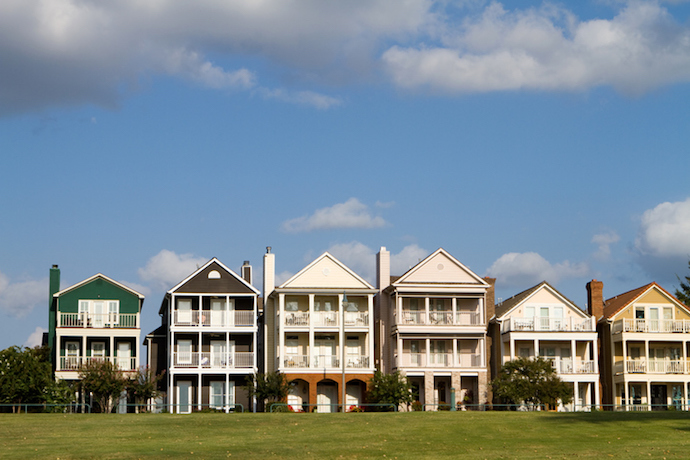 You can take your pick of the best neighborhoods of Memphis that fit your lifestyle and income level. It’s a pretty good place to be, seeing as Memphis was ranked 6th on a list of…

END_OF_DOCUMENT_TOKEN_TO_BE_REPLACED 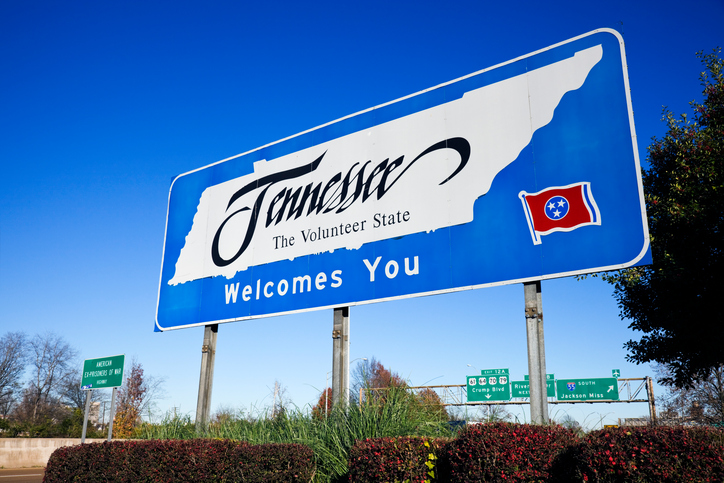 How to Sound Like a Memphian When You Move to Memphis

Unless you’ve lived here in Memphis for the last 10 years (or more), you run the risk of passing as a non-local. Not only might you be seen as a know-it-all tourist (you don’t want…

END_OF_DOCUMENT_TOKEN_TO_BE_REPLACED 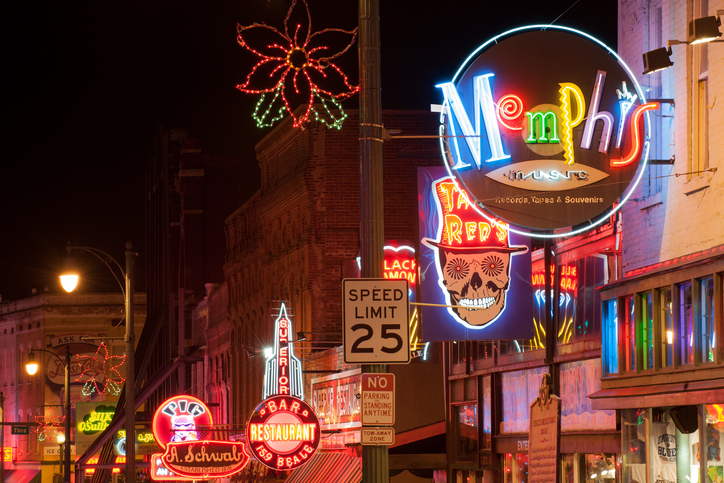 20 Things You Need to Know Before Moving to Memphis

Known to tourists as the birthplace of Elvis and rock, Memphis is actually one of the best places to work in, start a business, and let down roots that go beyond having a good time….

END_OF_DOCUMENT_TOKEN_TO_BE_REPLACED 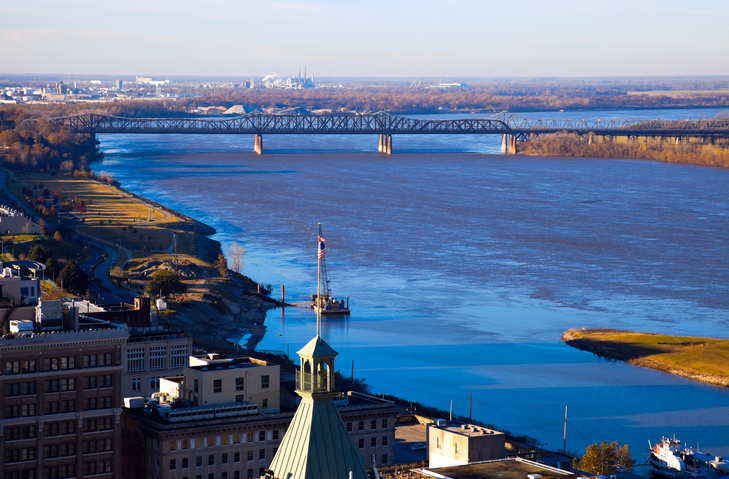 Where Are All the New Residents of Memphis Moving From?

Memphis has long been a transportation and business hub, so it’s no surprise it’s attracting new residents from nearby locales. Although the metro area population grew just .07 percent from 2015 to 2016, the Memphis…