Portland has a dizzying variety of neighborhoods to pick from.

The good news is, it’s hard to go wrong. Each has a distinctive personality and features that draw different types of home buyer. Yet, no matter where you end up in Portland, it won’t take long to feel at home.

1. Sellwood: Riverside living at its best

Originally established as a mill town to the Southeast of Portland, Sellwood grew to a comfortable size before becoming a neighborhood of the larger city. Still, Sellwood maintains a distinct identity and a small-town feel while being within minutes of downtown Portland. Home buyers here are attracted to the extensive river frontage with many walking and cycling opportunities and a plethora of unique shops and restaurants.

Easy access to the MAX (Portland’s light rail system) as well as a bike path running through Sellwood makes car-free commuting a breeze. Sellwood receives high marks for public safety, and those with kids can feel confident sending them to the #1 Public Elementary School in Oregon and the #3 Public High School in Oregon, according to Niche.com.

Nestled between Southeast Portland and Mt. Tabor along Division Street, Richmond has a lot to offer. One one hand, its residential streets are quiet and tree-lined. Meanwhile, the main roads offer cuisine from around the world, hip boutiques and coffee shops, and a range of bars and music venues.

It’s an easy drive, bike or bus ride to downtown Portland, but with attractions like the Hawthorne St. shopping district you may not need to travel as often as you think. Diversity is more than just a buzzword here, with Richmond’s Benson Polytechnic High School coming in second for most diverse school in Oregon. Organizations like the Richmond Neighborhood Association offer programs that support the health and vibrancy of this Portland community.

This Southeast Portland neighborhood boasts a 200-acre park, the site of the extinct Mt. Tabor volcano. Residents of this neighborhood are in this park running, walking and playing every day of the year. Despite its location between busy Division and Burnside Streets, the residential lanes of Mt. Tabor are very quiet and safe. Accessibility both to downtown and other Southeast neighborhoods is good, which both commuters and students will love.

Although this is a relatively small neighborhood, you can find just about everything you need in Mt. Tabor, from shops and restaurants to great schools. Mt. Tabor Middle School gets a 9/10 on greatschools.com, and nearby elementary and high schools are also well regarded by students and parents alike.

For those who crave downtown living, there’s a gem – no, a Pearl – of a neighborhood where all of life is within walking distance. Thanks to high density of housing compared to the rest of the city, there’s always something happening in the Pearl District, and residents and visitors alike catch the excited energy even on the cloudiest Portland day. Or maybe it’s just the high density of coffee shops in this former warehouse district.

In addition, the Pearl boasts a plethora of galleries, Portland’s most beloved fountain/wading park and shopping galore. Chinatown, Nob Hill and Downtown are a quick walk or streetcar ride away. Several public and private schools are within a stone’s throw, giving students plenty of options.

From the top of Alameda ridge, you can see all the way to Downtown and the Willamette River to the west, and to the Cascade mountain range in the east. While all of Northeast has become something of a hotspot in the last decade, Alameda retains its authenticity with many classic homes and buildings. Neighbors are active in their community, which is perhaps one of the reasons for Alameda’s low crime rate. It has its own elementary school, with higher grades not too far off.

Downtown is just a few minutes away by car, and a half-hour by bus. The trendy shops and restaurants of the Alberta Arts district are even closer.

Tucked away in North Portland between Lombard St. and the Willamette is a quiet little neighborhood that is — for now — somewhat of a locals’ secret. Cyclists love this neighborhood because it’s easy to get to everything you need by bike. Nearby St. John’s neighborhood has been described as a “town within a city” and it’s easy to see why.

Most University Park residents do their shopping and go to school in St. John’s, but UP itself has a lot to offer. Start with affordable home prices and an easy commute to anywhere in North Portland (downtown is more of a trip unless you have a car, unfortunately). Throw in the fact that the area is beginning to develop into a trendy neighborhood, yet retains its student-centric, down-to-earth personality, and you have a great Portland neighborhood. Be sure to stop for chowder at Fishwife while you’re in University Park — it’s a local favorite.

The southernmost neighborhood of Southeast Portland is right next to Reed College, a prestigious university known for progressive thinking. Walking the quiet avenues of Woodstock, one is likely to find beautiful older homes with unique and artistic touches, as well as interesting places to shop and eat with a global influence. Although it’s definitely an inclusive community, it’s also extremely welcoming; we’ve sold real estate here to folks who now feel like they’ve been living in Woodstock all their life.

Several parks are inside and around the neighborhood, including an amazing rhododendron garden. Woodstock is home to a dizzying variety of schools, especially for elementary-aged kids, and all have great parent involvement. Commute-wise, it’s twenty minutes to downtown by car and not too far from the MAX station, which will get you there in the same amount of time.

Actually, Arlington Heights in West Portland is quite the opposite of a zoo — quiet, stately homes tucked up into the hill — but it is very close to the Portland Zoo.

Not only that, but residents of this neighborhood can step out their front doors to visit the Japanese Gardens and everything else the 500-acre Washington Park has to offer. Historic Pittock Mansion is right across Burnside Road, a fascinating walk through Portland history and architecture.

Burnside connects Arlington Heights with downtown Portland in a matter of minutes. Many residents will walk or bike down to work or school and take the bus back up the hill in the afternoon. With convenient shops and restaurants on 23rd Avenue as well as upper Burnside, it’s no wonder Arlington Heights is one of Portland’s most sought-after zip codes.

Considered “very walkable” by walkscore.com, this North Portland neighborhood is not just easy to walk around in — it’s fun. From the Alberta Arts District in the Southwest corner of the neighborhood, to the offbeat Kennedy School Hotel, to Concordia University at the other end, every block of this neighborhood has something to see.

While other parts of North Portland can feel isolated, this neighborhood is quite the opposite. With a New Seasons grocery store and several schools in the neighborhood, Concordia is a great place for families to settle in and stay. Downtown is twenty-five minutes by car and 40 by bus or bike. Oh, and Last Thursdays are the time to go and experience the arts scene in Concordia.

If you want the ability to be downtown in less than ten minutes, or need easy access to OHSU, John’s Landing is the neighborhood for you. It’s not all about commuting, though — this little neighborhood is a pleasant mix of old and new along the Willamette River. It’s a beautiful place to own a condo, and that’s the primary housing type here.

Willamette Park is a great place to walk, and the path will take you all the way up to the South Waterfront with its trendy new restaurants and shops. If old is more your style, walk back through the streets paralleling the I5 for some historic wonders, including a home built entirely out of stone from Multnomah Falls.

Stephen FitzMaurice, Realtor, is a top 5% real estate agent in the U.S. and a top 1% agent in the Portland Metro. Principal Broker in Oregon, Managing Broker in Washington he has been licensed since 2003 for residential real estate sales in the Portland Metro area. Call him direct: 503-714-1111. Pay less (4.5% commission max.) and get more with his top 1% listing team  or buy your next home with his excellent top 1% buyer’s team. 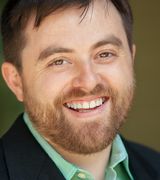 Stephen FitzMaurice, Realtor is a top 5% real estate agent in the U.S.
and a top 1% agent in the Portland Metro at Premiere Property Group, LLC.
WebsiteTwitter

More about Portland, OR

23 Things You Need to Know Before Moving to Portland, Oregon

Even before the TV show “Portlandia” put the weirdness of Portland, OR, on center stage, it was a much-beloved relocation destination. Boasting great public transportation, beautiful parks and a mild climate, Portland has seen dramatic…

END_OF_DOCUMENT_TOKEN_TO_BE_REPLACED

5 Best Places to Enjoy Nature in Portland, OR

Enjoying nature is a large part of the lifestyle in Portland. Residents don’t let a few raindrops keep them from enjoying the great outdoors. The climate is more relaxed than other areas of the Northwest…

END_OF_DOCUMENT_TOKEN_TO_BE_REPLACED

The 5 Most Iconic Outdoor Spots in Portland, Oregon

The City of Roses is known for its amazing views of the Willamette Valley as well as the Cascade Mountains that rise above the region. Despite its high annual rainfall, Portlanders spend much time outdoors…

END_OF_DOCUMENT_TOKEN_TO_BE_REPLACED

The 7 Most Frequently Asked Questions About Portland Answered

Considering a move to Portland? Certain questions tend to pop-up over and over again from newcomers. So says the data from Google searches, anyway. We’ve compiled answers to some of the most frequent questions people…

END_OF_DOCUMENT_TOKEN_TO_BE_REPLACED

How to Eat Like a Local When You Live in Portland, OR

Northwest bounty: it’s a phrase coined to try to capture the glories of Northwest cuisine. And in Portland, we take our ample good food fortune very seriously. Food truck life 600 food trucks and 483…

END_OF_DOCUMENT_TOKEN_TO_BE_REPLACED

The Different Types of Architectural Styles You’ll Find in Portland, OR

Like many cities, Portland has experienced waves of development through the years. Each era is reflected in the types of housing available to those moving to – or within – the city. While Portland is…

END_OF_DOCUMENT_TOKEN_TO_BE_REPLACED

Portland has a dizzying variety of neighborhoods to pick from. The good news is, it’s hard to go wrong. Each has a distinctive personality and features that draw different types of home buyer. Yet, no…

END_OF_DOCUMENT_TOKEN_TO_BE_REPLACED

How Dog Friendly is Portland, Really?

If you’re flying into PDX, you probably saw that the airport has a Oregon Humane Society pet relief area. The first sign of welcome acceptance of your loved pets. In fact, Portland is one of…

END_OF_DOCUMENT_TOKEN_TO_BE_REPLACED

Portland, Oregon may have a well-earned reputation for rain, but lately, it’s been newcomers we’re flooded with. Mostly, you’ll get a warm welcome, but you’re likelier to get the best welcome from Webfoots (people who’ve…

END_OF_DOCUMENT_TOKEN_TO_BE_REPLACED

Why You Should Think Twice Before Moving to Portland

Ah, Portland, Oregon. The climate is mild, the streets are clean and the marijuana is legal. All of these factors and more make the “Rose City” a popular relocation destination. In recent years, Portland has…