SpareFoot Moving Guides » Moving to Portland, OR » The Different Types of Architectural Styles You’ll Find in Portland, OR
Skip to content

Like many cities, Portland has experienced waves of development through the years. Each era is reflected in the types of housing available to those moving to – or within – the city. While Portland is generally known for an abundance of Craftsman-style bungalows, buyers with a love of Victorian detail or nostalgia for ramblers can find their homes here, too.

Portland was established in 1851, when Victorian architecture was peaking in popularity. Accordingly, some of the oldest homes in the area are made in this style.

They’re known for their asymmetrical towers, bay windows, a steep roof pitch and ornate trim. Around town you may notice the style in close-in neighborhoods that were developed in the city’s early years, like the Portland Heights neighborhood located in the hills above downtown, or the Buckman neighborhood just south of Burnside. Because they’re some of the oldest in the city, living in these homes sometimes requires tolerance of squeaky floors and slight draftiness. If it’s Victorians you love, the charm and beauty of the home will offset any drawbacks.

The Ever Popular Craftsman

Following the ornate Victorian era, the design pendulum swung to the simple, earthy style of the Craftsman bungalow. These homes were built in abundance starting around 1905 as both Portland’s population and the middle class throughout the United States grew.

They were so popular that consumers could buy a kit straight from Sears catalog and their new home would come via freight car, ready to be built. Their popularity continues to this day, drawing buyers in with their large porches, exposed rafters, low-slung roofs and abundance of woodwork. These homes can be found in nearly every neighborhood around Portland, in varying sizes from grand show homes to modest single-story structures perfect for first time buyers.

Craftsman homes weren’t the only style that could be purchased through the mail. Sears also sold English or Tudor homes, which became popular in the area even through the depression of the 1930s.

These homes feature front-facing gable rooflines, which give them their characteristic asymmetrical look. The entrances are often under those roof peaks, and though they seldom have front porches, they do have enclosed entries and coat closets. Tudors have the addition of decorative half-timbering, which are the exposed wood pieces key in giving them a quintessentially English look. Like Craftsman homes, these are scattered throughout Portland, including some grand examples found in NE Portland’s Grant Park, and in Eastmoreland near Reed College. 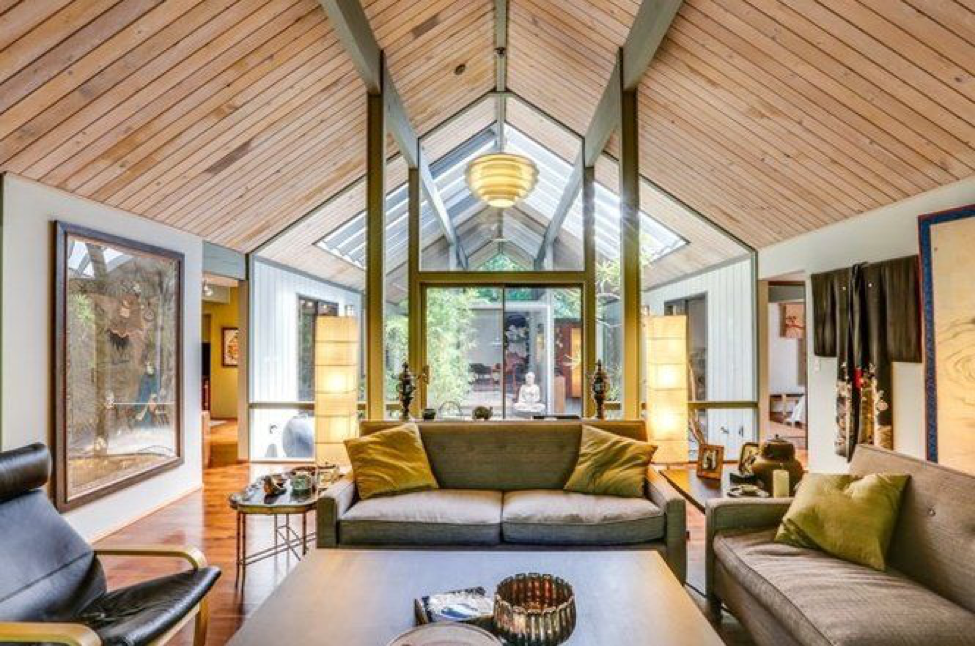 After World War II, along with the baby boom, a building boom arose to house all those new families. Uncomplicated and easy to duplicate, ranch homes were often built in areas previously un- or under-developed in Portland.

Single level and daylight ranch homes cropped up in neighborhoods like Hillsdale and Burlingame south of downtown. The architect Robert Rummer built his midcentury modern version of ranch homes around Oregon, including a development in the Garden Home neighborhood in SW Portland.

These homes are typically one level homes, oriented around a central atrium. Privacy is paramount, as most have few windows in front but expansive glass in the back. They bring the outside in with ample sunlight, open box beams and exposed aggregate flooring in the entries. Known for their architectural significance, these homes tend to sell fast when they hit the market.

Portland is a growing city, but only in number of people arriving here. Portland’s urban growth boundary is meant to control urban expansion into farm and forest lands. That, paired with surrounding cities and the Columbia River mean that there is little new or outlying area to develop. Instead, as demand for housing grows, infill housing development is increasing.

Contemporary homes are one of the most popular styles being built in Portland today. Contemporary homes are distinctive by their geometric shapes and frequently cantilevered section of upper levels. Many new home buyers gravitate to these because they are built with sustainability in mind using green building practices. Aesthetically, these homes can work on a variety of lot sizes, from a 33 foot wide spot between bungalows to a rebuild on a 200 foot wide lot. This makes them appealing to builders and buyers alike, and you’ll see them scattered throughout Portland.

While these are some of the most common home styles found in Portland, you may find yourself searching for something else. Find a trusted Realtor to help with your search and you can find nearly any style of home in Portland, from Italiante to Igloo. Though perhaps the latter will have to be a custom build. 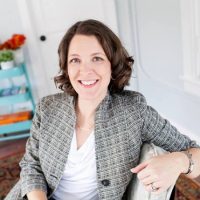 Amy Seaholt is a Realtor with Inhabit Real Estate. Contact her and she can be your trusted guide to find your perfect home. In business since 2003 she works tirelessly to find just the right style for her clients throughout the greater Portland metro area
Website

More about Portland, OR

23 Things You Need to Know Before Moving to Portland, Oregon

Even before the TV show “Portlandia” put the weirdness of Portland, OR, on center stage, it was a much-beloved relocation destination. Boasting great public transportation, beautiful parks and a mild climate, Portland has seen dramatic…

END_OF_DOCUMENT_TOKEN_TO_BE_REPLACED

5 Best Places to Enjoy Nature in Portland, OR

Enjoying nature is a large part of the lifestyle in Portland. Residents don’t let a few raindrops keep them from enjoying the great outdoors. The climate is more relaxed than other areas of the Northwest…

END_OF_DOCUMENT_TOKEN_TO_BE_REPLACED

The 5 Most Iconic Outdoor Spots in Portland, Oregon

The City of Roses is known for its amazing views of the Willamette Valley as well as the Cascade Mountains that rise above the region. Despite its high annual rainfall, Portlanders spend much time outdoors…

END_OF_DOCUMENT_TOKEN_TO_BE_REPLACED

The 7 Most Frequently Asked Questions About Portland Answered

Considering a move to Portland? Certain questions tend to pop-up over and over again from newcomers. So says the data from Google searches, anyway. We’ve compiled answers to some of the most frequent questions people…

END_OF_DOCUMENT_TOKEN_TO_BE_REPLACED

How to Eat Like a Local When You Live in Portland, OR

Northwest bounty: it’s a phrase coined to try to capture the glories of Northwest cuisine. And in Portland, we take our ample good food fortune very seriously. Food truck life 600 food trucks and 483…

END_OF_DOCUMENT_TOKEN_TO_BE_REPLACED

The Different Types of Architectural Styles You’ll Find in Portland, OR

Like many cities, Portland has experienced waves of development through the years. Each era is reflected in the types of housing available to those moving to – or within – the city. While Portland is…

END_OF_DOCUMENT_TOKEN_TO_BE_REPLACED

Portland has a dizzying variety of neighborhoods to pick from. The good news is, it’s hard to go wrong. Each has a distinctive personality and features that draw different types of home buyer. Yet, no…

END_OF_DOCUMENT_TOKEN_TO_BE_REPLACED

How Dog Friendly is Portland, Really?

If you’re flying into PDX, you probably saw that the airport has a Oregon Humane Society pet relief area. The first sign of welcome acceptance of your loved pets. In fact, Portland is one of…

END_OF_DOCUMENT_TOKEN_TO_BE_REPLACED

Portland, Oregon may have a well-earned reputation for rain, but lately, it’s been newcomers we’re flooded with. Mostly, you’ll get a warm welcome, but you’re likelier to get the best welcome from Webfoots (people who’ve…

END_OF_DOCUMENT_TOKEN_TO_BE_REPLACED

Why You Should Think Twice Before Moving to Portland

Ah, Portland, Oregon. The climate is mild, the streets are clean and the marijuana is legal. All of these factors and more make the “Rose City” a popular relocation destination. In recent years, Portland has…