San Francisco’s 36 neighborhoods each show off their individuality, just like the residents of the diverse city. It’s difficult to choose the top 10 when nearly every area has it’s own singular charm and exclusive atmosphere. The digital age has changed San Francisco’s landscape as tech companies clamor for commercial real estate, and new hires pound the pavement looking for homes for sale or rentals.

New construction has helped to ease housing hiccups, still researching several neighborhoods and being open will help. For instance, surfers flock to the Outer Sunset for cheaper price tags on standalone homes and the walkability to the Pacific Ocean. Meanwhile, on the East side of the City, Mission Bay has become a major biotechnology and healthcare hub thereby creating a housing boom for those in the industry. An added bonus to almost every neighborhood is that since the City is geographically small it’s simple to get around on foot or via public transportation.

The 10 neighborhoods listed here represent some of the best of the best, but in a town that some say is the most European in the United States, you can’t really go wrong. 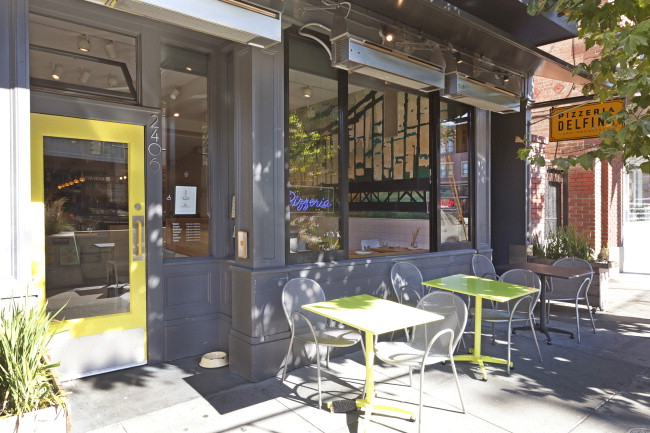 This sophisticated, high-affluent neighborhood is filled with beautiful Victorian homes, quaint restaurants, and chic shops lining Fillmore Street. Lafayette Park and Alta Plaza are two green spaces where locals can walk their dogs and stretch their legs. Insolated a bit from the cool ocean breeze, the sun frequently shines in this desirable spot. 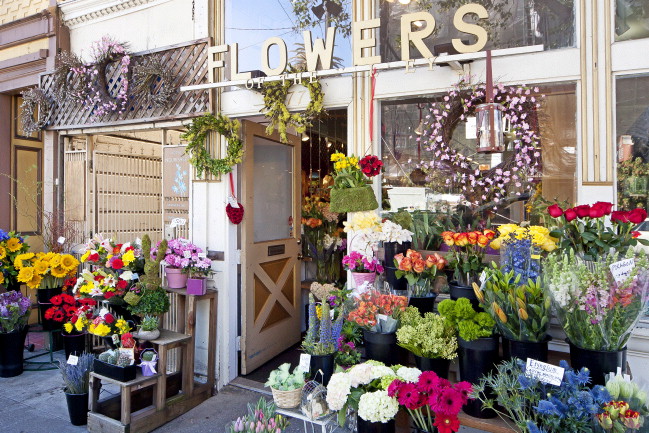 The family-friendly area is a terrific place to push your strollers and head to the park. It’s also become a popular landing pad with tech billionaires. Noe Valley’s microclimate makes it easy to amble the charming streets stacked with unique stores and tasty eating spots. Residents can hop on the J Church Muni light rail train to quickly zip downtown toward the Financial District. 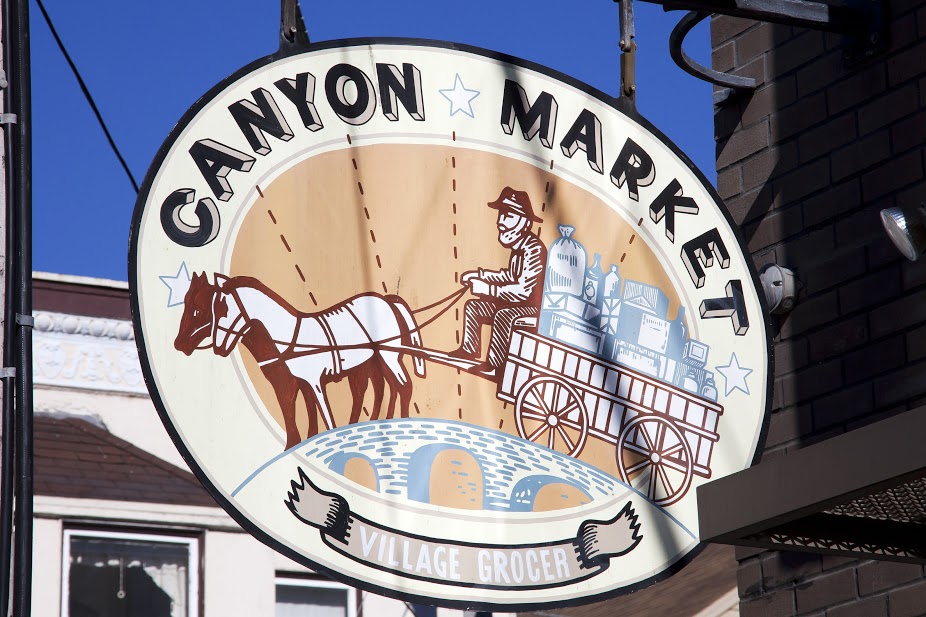 Glen Park is a lesser-known, hilly neighborhood packed with appeal due to its cozy vibe, mom-and-pop shops, and lower price tags on bungalows, Victorians, and contemporary homes. This is a no-brainer district for those who also want effortless access to public transportation and the freeway—since Glen Park is situated on the Bay Area Rapid Transit subway line and right next to 280 South. It’s a highly attractive option for those who work in Silicon Valley, but still want to take advantage of all San Francisco has to offer. Plus, nearby Glen Canyon Park is a beautiful, secluded nature escape in an urban environment. 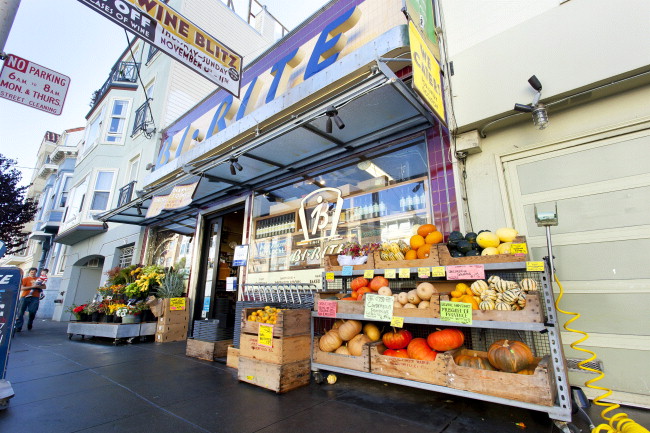 Those looking for truly unique ambiance should check out the Mission—a heavily gentrified, culturally diverse neighborhood seeped in history and home to The City’s oldest surviving structure, Mission San Francisco de Asís, or Mission Dolores. A colorful art and lively music scene exists amongst four-floor walk-ups and brand-new structures. The Mission is a food lover’s paradise offering every type of cuisine imaginable, including nationally recognized taquerias. 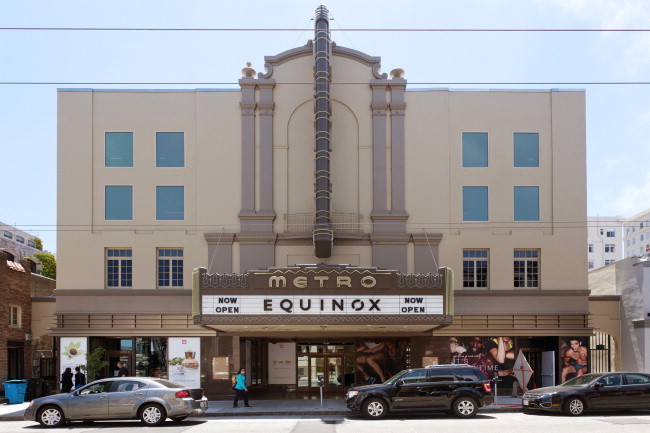 Cows once grazed upon grass in this now hip-and-happening neighborhood situated in between the Marina district and Pacific Heights. Now, Union Street is the main drag and it’s loaded with a mix of boutiques and chain stores alongside varied eateries. A former one-screen movie theater is now a fitness center frequented by the area’s 20- and 30-somethings. 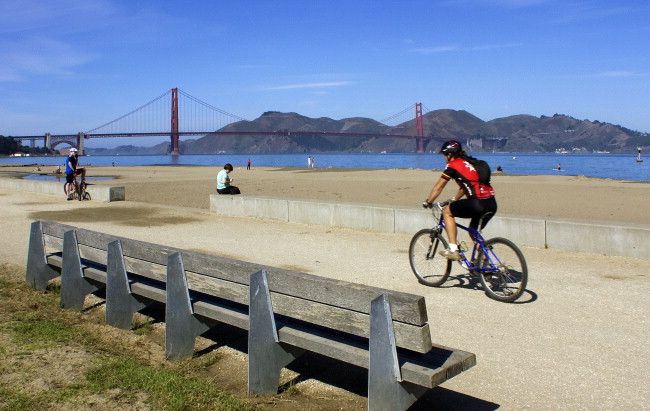 The stunning geography of the Marina draws people toward this northerly location. Rocked by both the 1906 and 1989 earthquakes and then rebuilt, this extremely popular residential spot is bordered by the Golden Gate Bridge, Presidio, and Lombard Street. The less-than-diverse neighborhood is filled with single-family homes and several-stories-high apartment buildings that live among the Gap, Pottery Barn, and William-Sonoma, as well as some one-of-a-kind shops and eateries and two locally owned movie theaters.

Dubbed NoPa, this North of the Panhandle district is sprinkled with old Victorians and sandwiched in between San Francisco’s Western Addition and Haight/Ashbury communities. Its quirky retail locales, hip restaurants, and rent options have multiplied in the last few years. Inhabitants also can stroll through the Panhandle—a grassy strip of land that’s essentially an extension of Golden Gate Park.

Walking up and down the rolling hills in this neighborhood makes it easy to skip the gym, and its most famous neighbor is actually a winding road—Lombard Street. Hoards of tourists flock to this uniquely crooked, steep section of San Francisco every day. Named after a Russian cemetery found at the top of a hill during the Gold Rush era, Russian Hill offers residents stunning views of the Bay Bridge, Golden Gate Bridge, Alcatraz, and Marin County. The varied architecture in this area provides something for every one. Polk and Hyde Streets are the two main veins that present distinctive shops, comfortable coffee joints, and popular cafes.

Arguably the City’s most iconic neighborhood, Haight-Ashbury is truly matchless. Tree-lined streets house Victorian homes—some elegant and some in need of repair—alongside flats. It’s a great location to go vintage clothes shopping and pop into one of the casual cafes. The vibe is laidback and chill, and the area is a stone’s throw from Golden Gate Park. 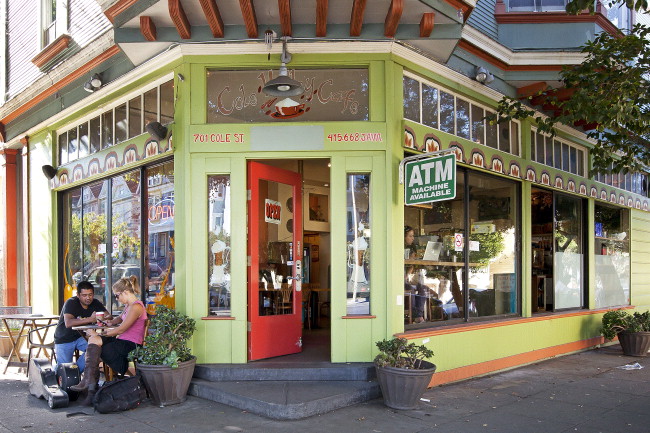 Around the corner from Haight-Ashbury is Cole Valley, a smaller, quieter neighborhood than its nearby cousin with equal close proximity to Golden Gate Park. Families and young professionals add to the strong community feel. Shady streets and well-kept homes give way to locally owned bakeries, restaurants, and coffee shops.

Janet Haney is a San Francisco-based writer, editor, and publicist who started out her career by getting up at the crack of dawn to work market hours as a financial reporter. Since then, she’s awake during more civilized times, and she has been published in the New York Daily News, Yahoo! Finance section, Citysearch.com, Columbia University School of Engineering magazine, business-related websites, magazines, and newsletters.
WebsiteLinkedIn