San Francisco is home to a wide variety of different house styles, though perhaps none as well known as the Victorians (The Painted Ladies) come to mind). Between 1849 and 1915, approximately 50,000 Victorian and Edwardian style homes were constructed in the city. While thousands were torn down or destroyed during World War I and World War II, according to Drafting Cafe, many still remain and have become a symbol of San Francisco’s unique architecture. San Francisco wouldn’t be the city it is today without these stylized homes with their intricate colors and decorative accents.

Alongside these historic homes, however, residences in more modern styles have emerged as well, blending aspects of the Victorian and Edwardian styles with more contemporary details. Take a look around San Francisco today and these are some of the most common home styles you’ll see around the city. 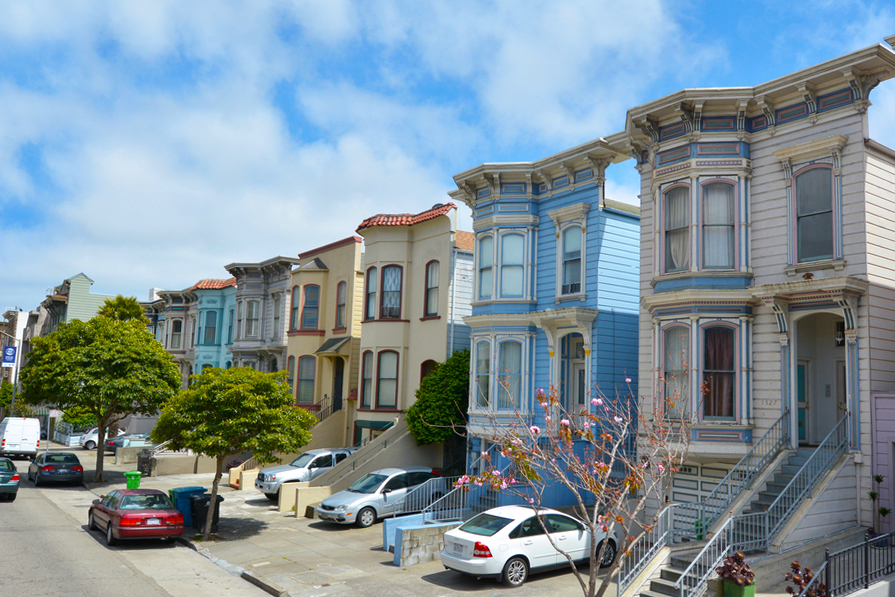 During the latter half of the 19th century, Italianate row houses became popular across the country. Italianate homes often feature narrow windows, false parapet roofs, columns, and slanted bay windows. These homes became particularly common in San Francisco, as it was easy to construct them from the readily available material that most California homes were made from— wood. That’s why Italianate-style homes aren’t as common on the East Coast, as most East Coast homes were made of stone to keep the elements out during the hot summers and frigid winters. Look for Italianate-style homes in Noe Valley and Potrero Hill. 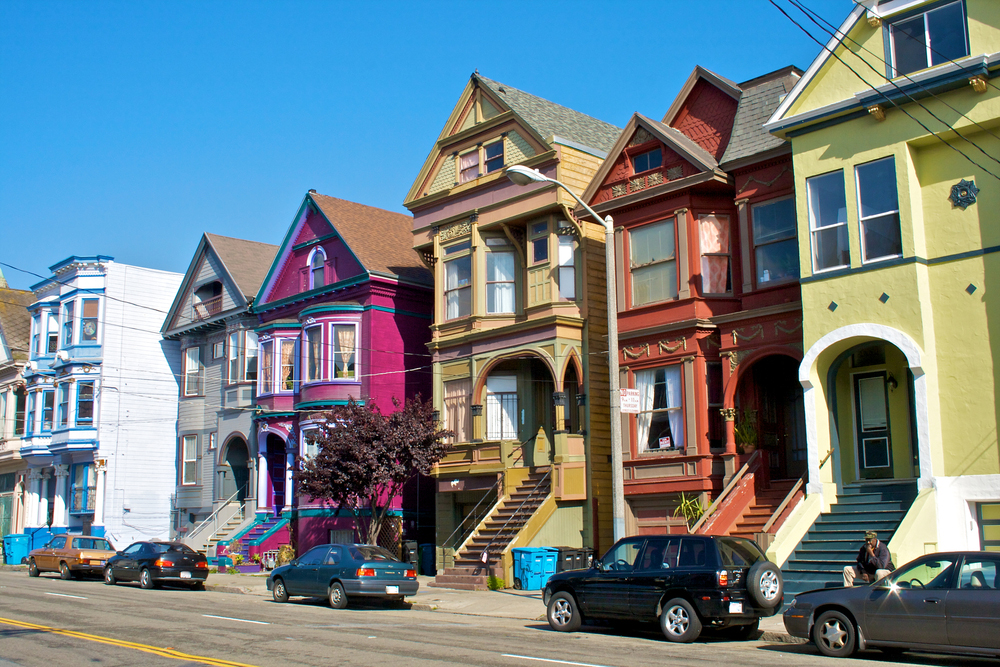 As the name of this house style suggests, Stick homes are identifiable for the thin wooden beams, or “sticks,” that extend from the first story to the second, almost looking like they’re propping up the house. The layout of these homes tends to be rather simple, but with a heavy emphasis on decorative detailing, such as pretty shingles, trusses, etc. Stick homes fell out of popularity toward the end of the 19th century, but plenty of Stick-style homes can still be spotted around the city, especially in neighborhoods such as Western Addition, the Mission District, and Pacific Heights. 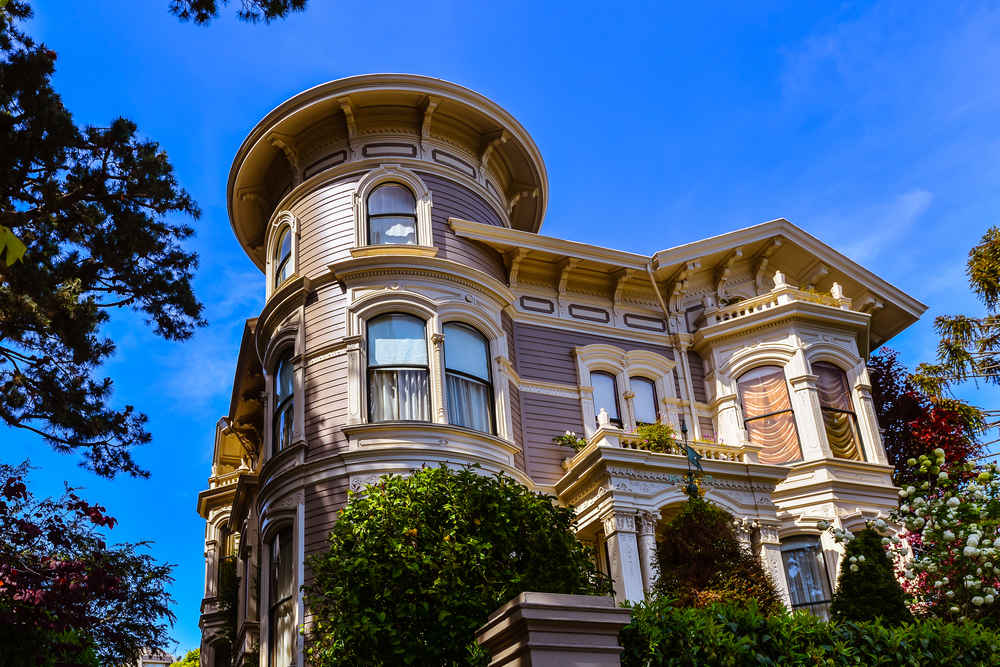 You might think, based on the name, that Queen Anne homes were inspired by the Queen herself, but the royal actually has very little to do with this style. Queen Anne-style homes are very similar to other Victorian styles, but with the addition of some new modern features. For example, Queen Anne homes are often equipped with overhanging eaves, towers, porches, and a continuous gable roof that faces the street. Since Queen Anne buildings didn’t become popular until around 1880, many of these homes can still be seen in San Francisco, especially in outlying neighborhoods such as Glen Park and Inner Sunset. 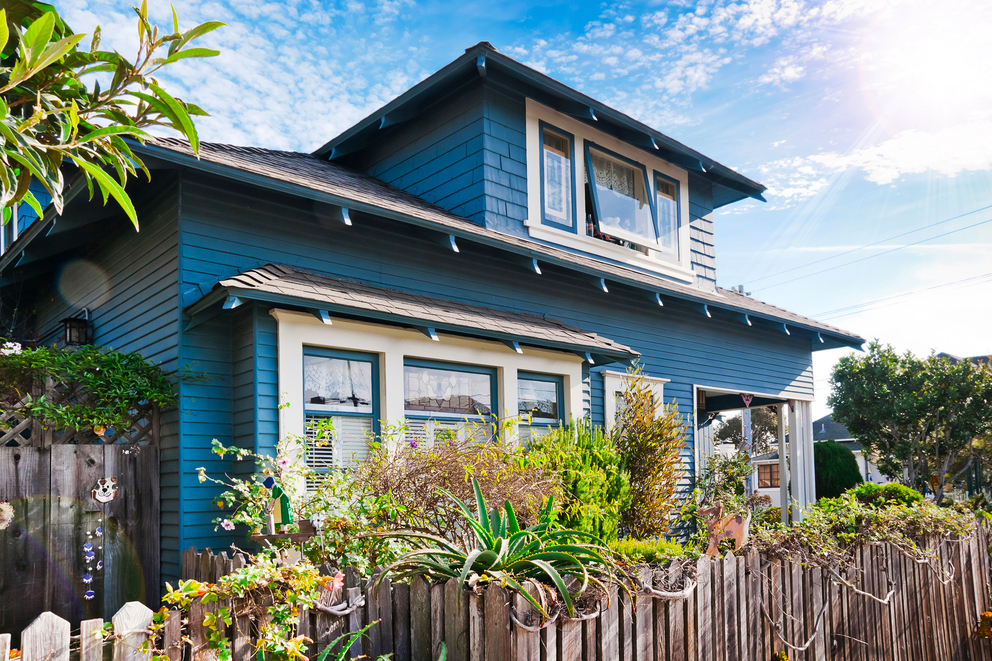 This style of home is uniquely Californian, as it draws much of its inspiration from Spanish architecture. The first home built in the Monterey Revival style was constructed in 1837, and it gave a Spanish twist to a New England colonial house. Monterey Revival homes rose further in popularity, becoming especially sought after during the mid-20th century. These houses are identifiable for their tiled roofs, shuttered windows, and plaster walls. Most of them are also two stories. Monterey Revival is one of the few house styles that actually originated in California, and it remains a common style throughout the state to this day. You’re most likely to see them in San Francisco’s “garden suburb” neighborhoods like Monterey Heights. 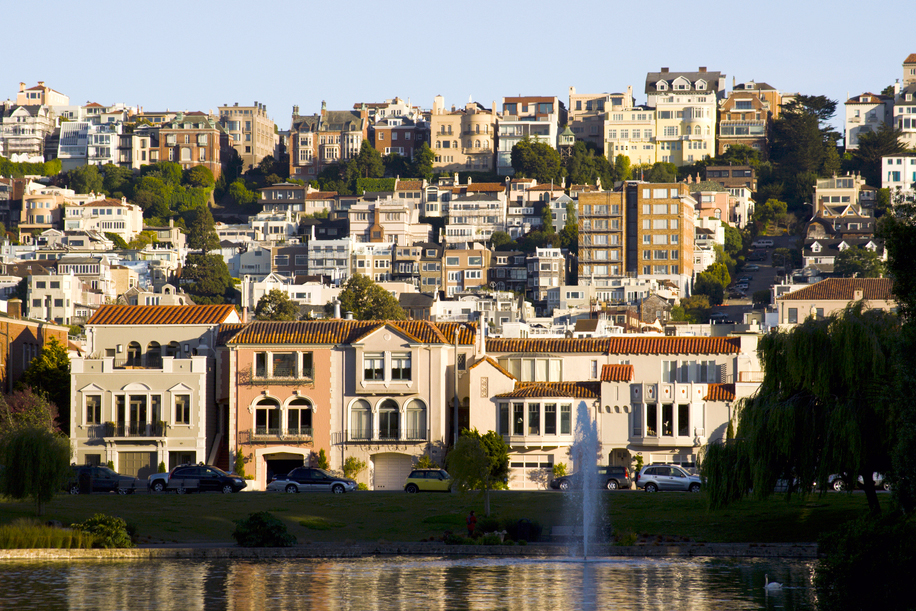 As the name suggests, Marina homes were first seen in San Francisco’s Marina District during the early 20th century. These one- or two-story single-family homes often had street-level garages, flat roofs, and windows that stretched across the whole width of the house. Marina homes also usually come with a living room that faces the street and bedrooms that face the rear of the home.