SpareFoot Moving Guides » Moving to San Francisco, CA » All The Best Places to Live in the San Francisco Bay Area in 2019
Skip to content

It’s no secret that San Francisco is a very expensive city to rent or own property in. The City remains an isolated island with prices staying steady and sometimes rising even when housing prices in other parts of the United States start to fall. As a result, people find themselves priced out of The City and look for other feasible options around the Bay Area.

The San Francisco Bay Area is made up nearly eight million people packed into nine counties – from Santa Cruz County in the South to Napa and Sonoma Counties in the North – leaving the door open to possibilities.

Below are our recommendations of where to live, depending on your situation: 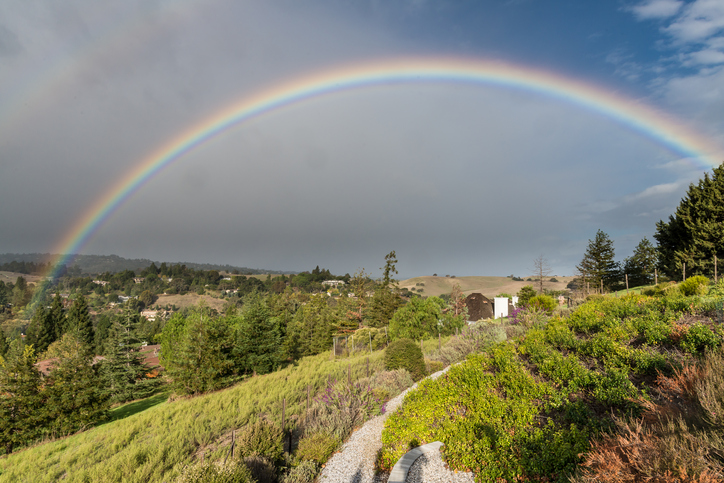 The best place to raise a family in the Bay Area is Los Altos Hills in Santa Clara County, according to Niche, a platform that uses data to rank livability in U.S. cities. While the median home value of, gulp, $5 million makes buying there out of reach for most folks, Niche gives Los Altos Hills an A+ for schools with an A- for crime and safety. The small, Silicon Valley town has a ban on commercial zones and carries a rural vibe. Want to mail a letter or check out a library book? You’ll have to go to nearby Los Altos to run your errands.

If you want to stick to Silicon Valley – Palo Alto and Mountain View spark warm weather and generate solid school systems with housing prices that reflect that appeal. Sunny Walnut Creek in the East Bay offers its residents a family feel with good schools and frequent public transportation into The City. Housing prices are slightly less than some other areas with an average home value of $891,3000 and a typical rental price of $2,900. “Twin cities” Corte Madera and Larkspur in Marin County also are appealing options for families. If taking a water ferry into San Francisco for work every day sounds like your jam, then either of these towns might work for you.

You want to be on the subway line … 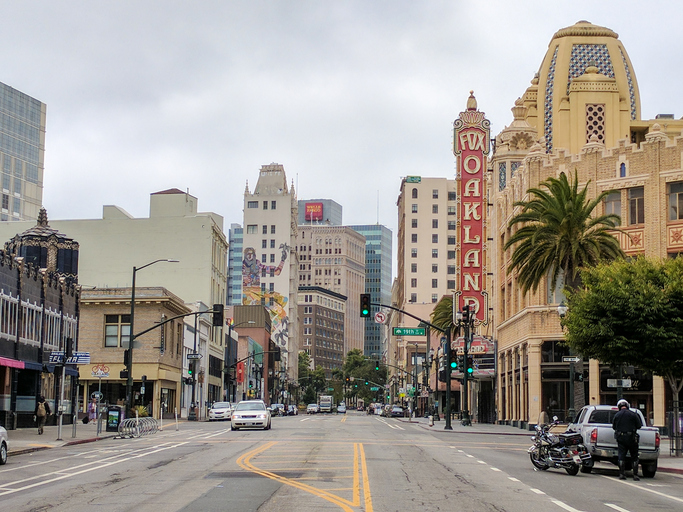 The East Bay is an obvious choice if you want easy access to the Bay Area Rapid Transit (BART) subway lines. BART links San Francisco to Alameda, Contra Costa, and Santa Clara Counties along six routes, making it simple to zip into The City for work and entertainment.

Oakland, an urban setting with about 412,000 people, has become home for many people looking to leave San Francisco. Zillow pegs Oakland’s median home value at $757, 700 and average rent at $2,895. Backing up those prices, Paragon Real Estate points out the “enormous” appreciation rate in Oakland — the largest city in Alameda County — since the 2011 market recession. Oakland also boasts a great food, sports, and music scene and draws in singles and families alike.

Albany is another urban option that pops up on Niche’s “best of” lists. It’s a geographically tiny town with San Francisco Bay views squeezed in between the scholarly Berkeley and even-smaller El Cerrito. Niche gave Albany an overall grade of A+, but just a C+ for housing, with nearly equal parts renting and owning. The median home value is $1.1 million (Zillow), and a one-bedroom renting for $1,850 (Rent Jungle) on average.

About 25 miles to the East of Oakland is the lesser-known Pleasanton – home to employers such as Kaiser Permanente, Safeway, Ellie Mae, and other big names. So, if you don’t want to commute on BART, Pleasanton might be a good option, particularly for families. Still, housing isn’t cheap with the average home sales prices of $1.2 million and rents around $3,600 a month (Trulia).

You want to be closer to the ocean …

While parts of the East Bay have a definite urban feel, Marin County cities are crowded in certain areas, but all roads lead to the Pacific Ocean. The 101 freeway is the main artery traveling through Marin County with towns spilling off to the East and West.

San Anselmo and San Rafael are popular living choices in Marin County with mildly lower housing price tags in more suburban settings. An added bonus is that these cities also are approximately 30 minutes from the water. Even closer to the Pacific Ocean is Fairfax — with hippy overtones, it’s the only U.S. town that town council has a Green Party majority.

Half Moon Bay and Pacifica, just South of San Francisco are terrific, oceanfront bedroom communities in close proximity to the 280 freeway to buzz into The City and Silicon Valley. These laidback towns offer fog, chillier temperatures, and a slower pace of life.

Your glass is always half full (of wine) …

Ask an outsider about the California wine industry, and it’s unlikely the word farming comes up, but farming is big business in Napa and Sonoma Counties where there are about 400 wineries. These counties are made up of unique towns to fit every lifestyle. The October 2017 wildfires in these counties (and others), though, caused a housing market squeeze since 5,500 homes were completely destroyed, 3,000 of those in Santa Rosa alone. That said, it’s still a desirable area to live.

Packed with warmer temperatures and lots of green landscape, towns like Novato, Petaluma, Healdsburg, Napa, American Canyon, and even Santa Rosa are loaded with lots of opportunity reflecting every aspect of person’s daily routine. Sadly, due to the fires, there are hundreds of empty lots available in Santa Rosa if you want to build a home from scratch.

Trulia reported the median home price in Sonoma County as $749,000, but inventory trailed off by 14 percent from March 2017. Inventory in Napa County was hit even harder and dropped 22 percent since March 2017 while the average home price came in at $796,500.

However you slice it, the San Francisco Bay Area will always be enticing to some, just bring your patience and a fat check book.

Janet Haney is a San Francisco-based writer, editor, and publicist who started out her career by getting up at the crack of dawn to work market hours as a financial reporter. Since then, she’s awake during more civilized times, and she has been published in the New York Daily News, Yahoo! Finance section, Citysearch.com, Columbia University School of Engineering magazine, business-related websites, magazines, and newsletters.
WebsiteLinkedIn