It can take a while to master Seattle’s geography, with its many lakes, parks and the dozens of neighborhoods, each with their own distinct character and vibe. How does a new Seattle resident ever decide which part of town to call home, especially in a city with such a competitive housing market?

Everyone has their own opinion on the best place to live in Seattle, but here is a roundup of ten of the most popular neighborhoods within the city limits. Some are more urban, some residential, some expensive, and some are “the next big thing.” You’re sure to find one that suits your needs and personality. 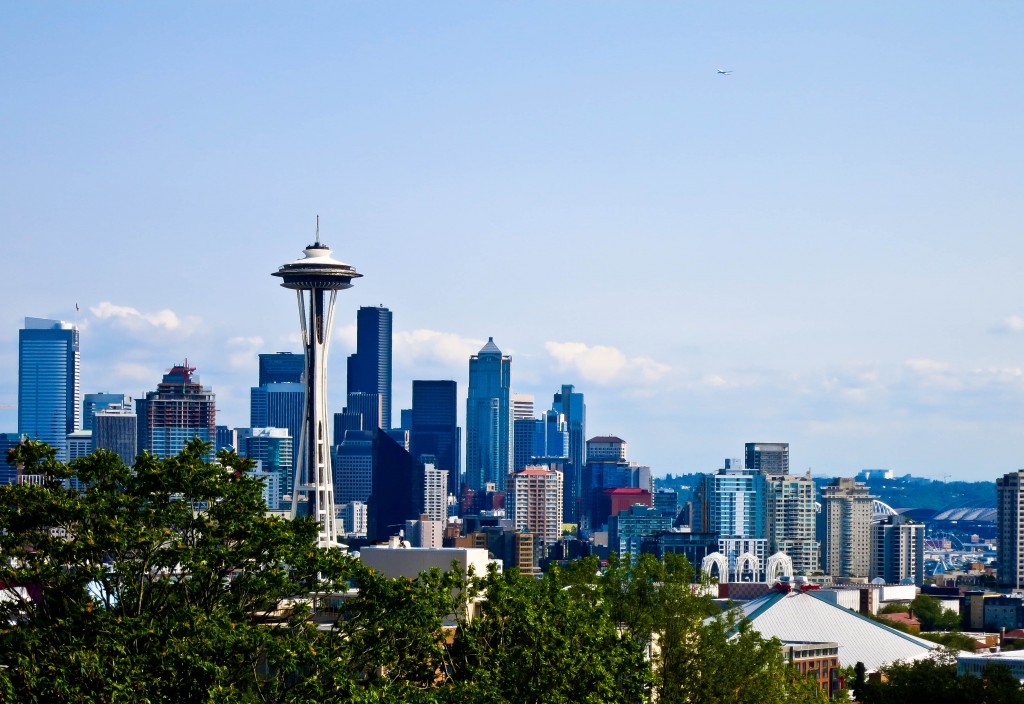 Queen Anne Hill and the adjacent Magnolia neighborhood are home to everyone from the (fictional) Frasier Crane to Microsoft executives. The area takes its name from the many Queen Anne style houses here. Living here is not cheap, but those that can afford it are rewarded with stunning water views, many cute shops and restaurants and a quiet residential vibe while still being mere minutes from downtown. You’ll also have access to one of the best views of the Seattle skyline from Kerry Park. 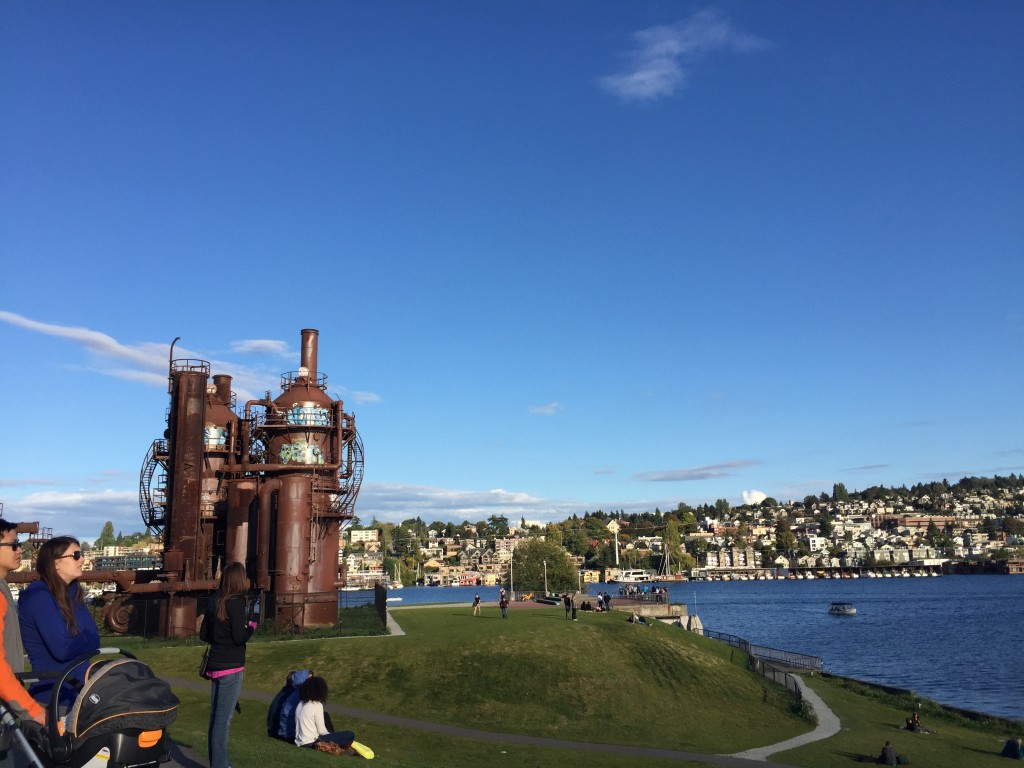 Fremont locals like to call it the Center of the Universe, and it’s true that Fremont’s eclectic vibe makes it like nowhere else in Seattle. From the Summer Solstice Parade (featuring dozens of naked bicyclists), to the Fremont Troll and the lively Sunday Fremont Market, there is always something fun, and kind of weird, happening here. Fremont spills into Wallingford, a larger, more residential area with lots of old homes, small restaurants and beautiful Gas Works Park. 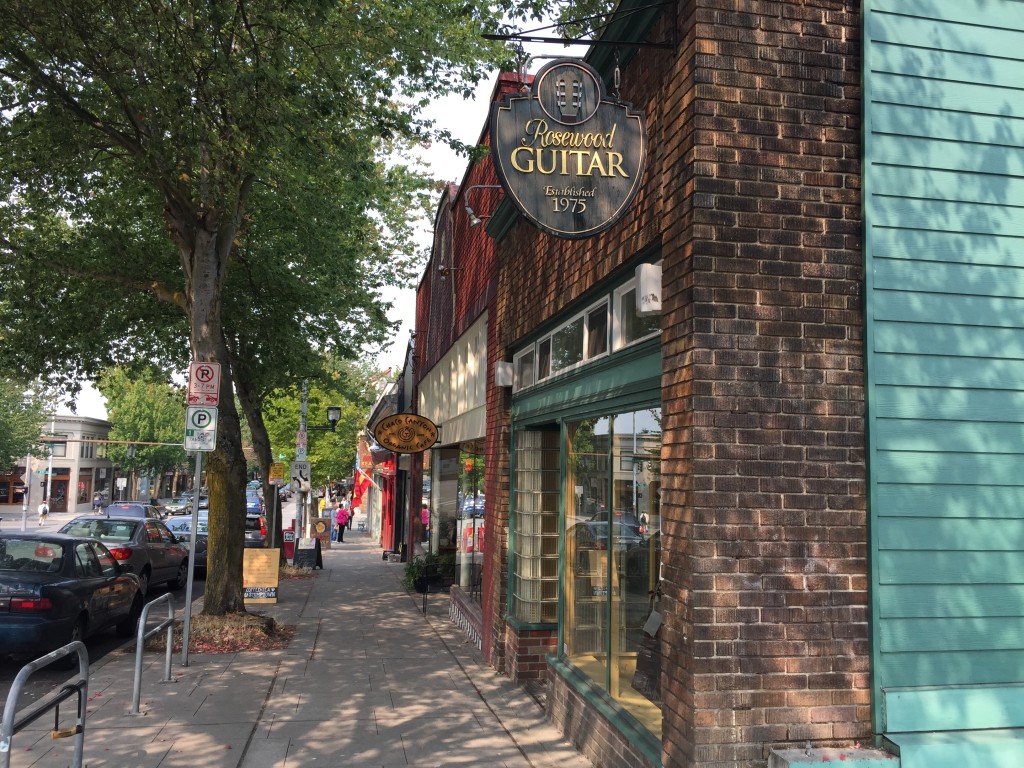 This is the neighborhood surrounding Seattle’s small but lovely Green Lake. Although it’s further removed from downtown, there is plenty to keep you busy here, including the Elysian Brewery, great coffee shops and the eclectic Little Red Hen music venue. Houses here are a mix of new developments and classic old Victorians. It’s a very family friendly neighborhood and best of all, you have the gorgeous lake for jogging, biking, paddleboarding and more. 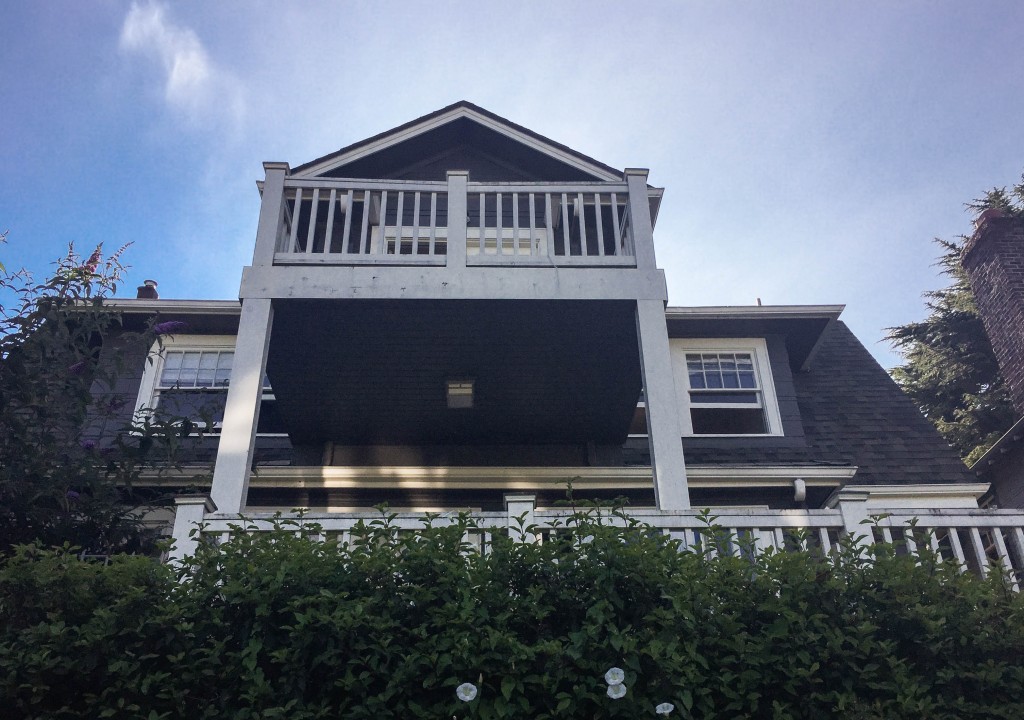 Perched on the edge of Lake Washington and overlooking Mercer Island is the well-groomed residential neighborhood of Mount Baker. Despite being minutes away from downtown, the area is quiet and peaceful. It’s a great location for commuters, with a local light rail station and easy access to I-90. There are homes here in a variety of price points and a more family friendly atmosphere.

As a general rule south Seattle is less expensive than the central and north parts of the city, which makes Beacon Hill a great budget option. It has been pegged as one of the biggest up and coming areas due to it’s public transportation connections, multiculturalism and cheaper real estate options. Diversity is part of the reason it was named one of the Top 20 neighborhoods in America. 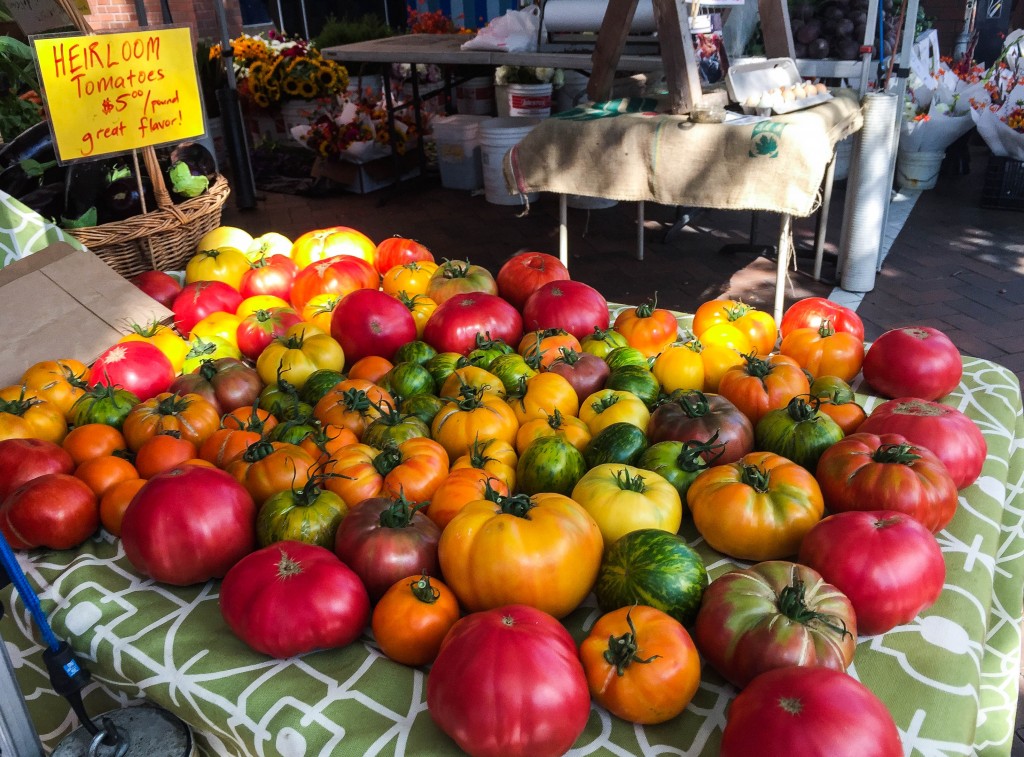 If you’re looking for a true urban experience, than you can’t do better than living in Capitol Hill. Mere minutes from downtown, the Hill is overflowing with nightlife, coffee shops and restaurants. This wealth of opportunity is not without a price, both in the former of higher crime rates and expensive real estate. Homes in this area start at three quarters of a million dollars and shoot up from there depending on how far you get from the action. The area is also home to more apartments than any other neighborhood in Seattle. Nonetheless, it’s a true city experience beloved by many who enjoy the Broadway Farmer’s Market, a plethora of things to do and the diverse cultural experience. 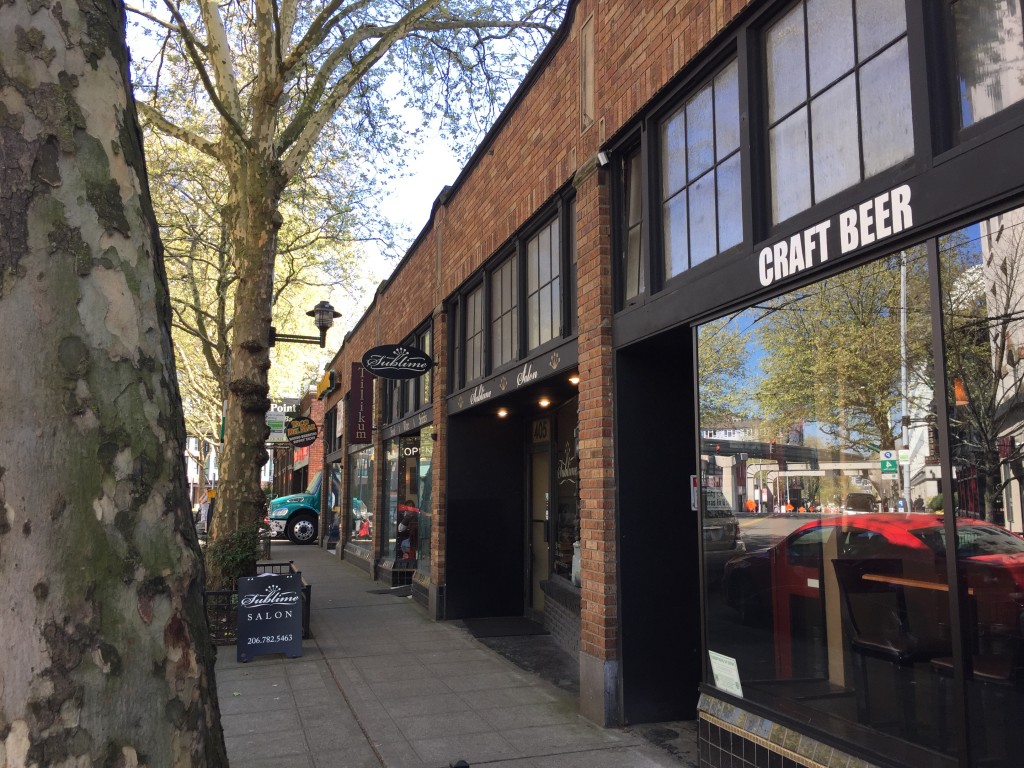 Coumbia City is a case study in the fine line between popularity and gentrification. It’s becoming highly prized for its convenient light rail to downtown, some of the greenest new houses in the city and incredible ethnic diversity. Many internationally flavored restaurants and bars lie along its main artery––Rainier Avenue where offerings range from BBQ to pho. Columbia City is also the most walkable of any neighborhood south of Downtown.

Ballard is probably one of the hippest areas to live in Seattle right now. It’s prized as an ideal compromise between urban and residential living, offering a plethora of popular restaurants and nearly a dozen breweries alongside good public schools and family-friendly developments. The area’s Scandinavian roots mean great coffee shops and bakeries. All of these attractions means that real estate competition is fierce here and far outstrips demand.

If you’d like to live in Ravenna well…you’re not the only one. This is arguably the most competitive neighborhood in Seattle (and one of the top 10 hottest in the country) with homes staying on the market on average only seven days. It’s popular for it’s historic Tudor and Craftsman homes, highly-ranked schools and proximity to University Village (and the only Apple Store in town). 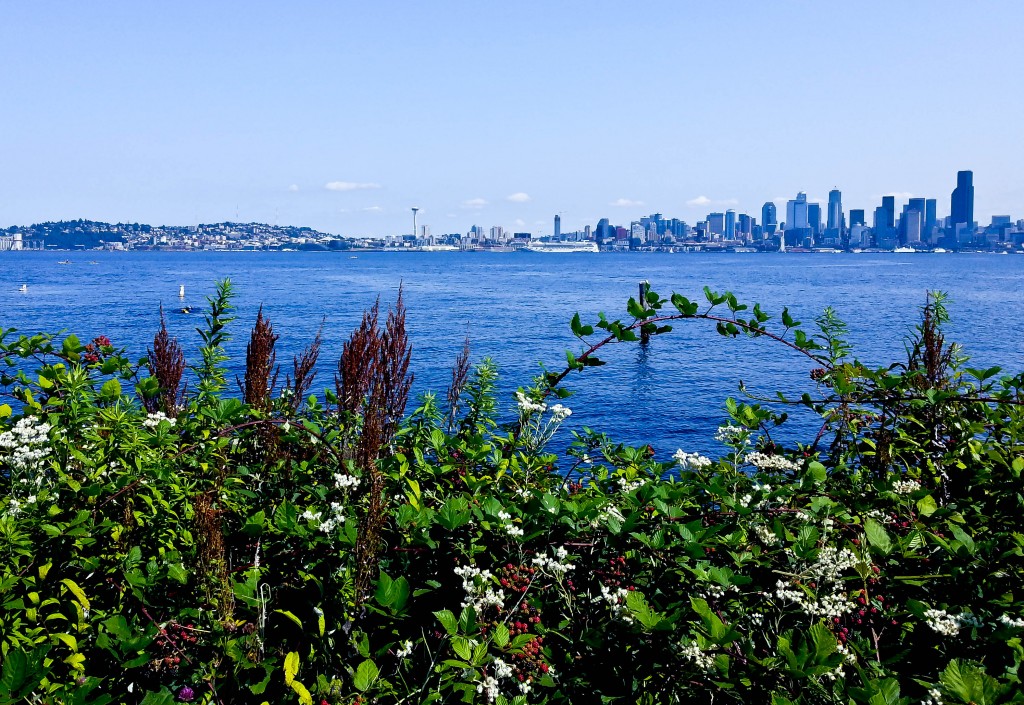 Many have fled more central neighborhoods for the lower prices and residential bliss of West Seattle. It’s removal from downtown makes commuting more of a chore, but for many that’s a reasonable tradeoff for a more relaxed, beach-bum way of life. Alki in particular is a popular neighborhood due to it’s long beach, view of downtown and Southern California vibe. Here you’ll find beach bungalows, modern new homes and upscale condos as well as a variety of restaurants and bars along the beach front. 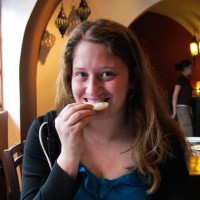 Stephanie Yoder is a full-time freelance travel writer based in Seattle. She left her office job in 2010 to travel the world and become a full time writer and blogger.
WebsiteTwitter