SpareFoot Moving Guides » Moving to Seattle, WA » How to Sound Like a Local in Seattle
Skip to content

That’s why it took so long for the rest of the country to notice our grunge, Gore-Tex and flying fish. Heck, for years nobody came here because locals had outsiders convinced that it was dreary, rained all the time and had nothing to see or do.

There are even those who tried to convince prospective tourists that the television series “Twin Peaks” wasn’t so much a fictional drama as it was a documentary about the strange goings on in America’s upper left hand corner. Still, many of you came attracted by our Superbowl winning Seahawks, our music and our beautiful teenage vampires.

We couldn’t build a wall to keep everyone out, so locals devised their own language to separate the tourists and new comers from the old hands. If you follow this handy guide to local pronunciations and phrases, however, you could soon pass for a local.

Washington is named after our country’s first president, George Washington. Washington didn’t pronounce his name with an “R” (Warshington). We don’t, either

The sound of Seattle

It’s also worth mentioning that Puget Sound, the Pacific Ocean inlet which Seattle is located along has a soft “g” and is pronounced “Pew-jit.”

Native American tribes play a big part in our culture and history and you can see it in many place names. In fact, Seattle was named after Chief Sealth. The names can be easier to pronounce than they look including Snohomish (Snow-ho-mish), Snoqualmie (Snow-qualm-me), Salish (Say-lish), Skagit (Ska-jit), Suquamish (Soo-quaw-mish), Stillaguamish (Still-a-guam-ish) and Swinomish (Swin-oh-mish).

I’m not driving. The mountain is out. pic.twitter.com/XupfeZXXeU

We don’t have hundreds of names for precipitation. We just call it rain and it usually falls in a slow, steady drizzle until late summer when the clouds clear and locals are shocked to rediscover the sun. We say “the mountain is out” on a cloudless, sunny day the weather is so clear you can see Mt. Rainier in the distance.

Forget Waldo? Where am I?

Seattleites have lots of nicknames for areas that don’t always make sense…unless they do. Take the main street in the University District . It’s called The Ave even though its real name is University Way. No one seems to know why.

It isn’t wrong to call it the University of Washington, but most people call it U.W. or simply, U Dub.

First Hill has so many hospitals and medical facilities that it’s called Pill Hill.

Seattle could use more blocks like this one (The Ave). Nice scale & architecture. (Although we love skyscapers, too.) pic.twitter.com/fM5W4hVCCM

Depending on who you talk to the SoDo district where the city’s stadiums are located either gets its name from the fact that it’s located South of the Kingdome, which was demolished in 2000, or because it’s south of Downtown.

Montlake is a Seattle neighborhood across The Montlake Bridge from the U Dub. Mountlake (mount lake) Terrace is a suburb north of Seattle.

The Eastside is the way Seattleites (often disdainfully) refer to any suburb east of Lake Washington including Bellevue, Mercer Island, Redmond (D-Microsoft) and Renton (R-Big Hair). You might not find any Seattle maps that say “Here be dragons,” but only because there are so many conflicting street names that even the dragons wouldn’t be able to find their way out.

The suburb of Lake Forest Park is neither a lake, a forest or a park.

You don’t call it “the Ukraine” do you?

Here’s another hint that you’re an out-of-towner: insisting that Mt. Rainier has a French pronunciation. It’s not Mt. Ren-yay, it’s Mt. Ray-near. For that matter, the brew is called Ray-near and the Eastside town of Renton is pronounced Ren-ton, not Ren-taugh. If you really want a French influenced name, why not try Pend Oreille (pawn-do-ray)?

Mother of all clams! #geoduck pic.twitter.com/HzkuozsJwp

High-end seafood restaurants may come and go, but the small local chain of fish stands founded by Ivar Haglund remain a favorite. If you want local cred, pronounce it EYE-VERS, not EYE-vars.

There is one seafood delicacy Ivar’s doesn’t serve. It looks like a clam with a very long….shall we say…appendage, but local bivalve lovers swear these ugly looking shellfish are good eating while everyone just laughs at the look of them. They’ll laugh at you too if you pronounce a geoduck the way it’s spelled. It’s pronounced “gooey-duck.”

If you really want to sound like a local, you’ll have to correctly pronounce the name of the town that plays host to the Washington State Fair. That’s especially true if you plan to visit the fair because when people ask you where you’re going, you should be able to say you’re going to “Do the Puyallup.” If you can’t pronounce “Pew-all-up,” lie and tell them you’re going to a Mariners game.

One of the best ways to talk like a local is the simplest. Learn how to say the name of the city’s biggest attraction correctly. It’s not Pike’s Market, Pike’s Place or even Pike’s Peak Market. If we’ve told you this once, we’ve told you a thousand times, it’s the Pike Place Market and if you mispronounce it again you never know what could happen. Someone just might throw a fish at you. 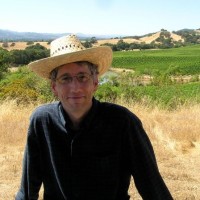