SpareFoot Moving Guides » Moving to Tallahassee, FL » The 5 Best Neighborhoods to Live in When You Move to Tallahassee
Skip to content

Homebuyers and renters alike are moving north as they settle in Tallahassee, looking for vacant spots in many of the city’s noteworthy neighborhoods. While the trend is decades old, the state capital has a robust enough housing market that there are a slew of different options available to those looking for apartments or homes.

City features are within striking distance of some very attractive neighborhoods in the city, and knowing what’s popular (and why) may ease the process of finding a place to live when the time comes for you to move. Take a look at this list of the city’s best neighborhoods before you decide if Tallahassee is the place for you.

Boy are we having fun in Killearn Lakes today. pic.twitter.com/bN5sYweXNK

This region of the city includes Killearn Estates, Killearn Lakes and several other well-regarded neighborhoods. The city’s better-resourced schools tend to be in this part of town, and it seemingly is a world away from the college side of town.

Comprised primarily of current and hopeful homeowners, this section of the capital city is excellent for families that think they may call Tallahassee home for many years. Because the city is so small, people living here can drive a few miles to Midtown if they are looking for a social experience or a place to eat after work ends.

Many of the moneyed state lawmakers and other men and women of high repute live in this part of town, so you can bet you’ll meet some of the power players not only in the capital, but hailing from each and every part of the state.

You’ll get all of the excellent parts of Tallahassee living in this region without having to worry about reckless drivers or dealing with the incessant traffic the city has before, during, and after home football games. It represents an excellent change-of-pace for the crowd who would like the stability and dependability of a quiet home, in lieu of dealing with college students day in and day out.

Good morning from Midtown! Have an amazing day Tally! pic.twitter.com/bdlmX9v9Yz

There are a slew of older, more expensive homes in this part of town, but they are exposed juxtaposed by homes that can serve transient families and long-term families alike. This part of the city is a bit closer to Tallahassee’s two universities.

Florida A&M and Florida State provide an influx of fresh college students each year, meaning the area is lively especially during the spring and fall seasons. Young professionals could value the chance to blow off some steam at one of Tallahassee’s many clubs or bars after a particularly trying day at work.

Living here guarantees you’ll be just a few miles from the city’s business and entertainment districts, which could be important for those heading into the city for a legislative session. There are also options for children if you’d like to entertain them – Tallahassee is home to several excellent parks, many of which are close to this section of town.

In a week I'll be visiting Tallahassee FL. Gonna stop by my Levy Park sign to check out the improvements. pic.twitter.com/EieHG0Icku

Adjacent to the city’s vaunted Lake Ella, Levy Park presents a pristine place for residents who don’t mind being in the city’s center of activity. Being centrally located, people living here will have easy access to a slew of bars and restaurants and to each of the other regions of town should they so choose.

Another plus: Housing in this part of town is not yet so expensive that it becomes exclusionary. Lake Ella is one of the city’s gems and usually is active on the weekends when families come to enjoy a snow-cone or simply walk and talk in the radiant sun.

Sitting just west of North Monroe Street and south of Tharpe Street, this neighborhood is also very close to the city’s downtown area, which is much of the business and governmental happenings at the state and local level take place. All in all, its location makes it easy to get around to multiple regions of the city, whether is for work obligations, family obligations, social outings, or some combination of all three.

History is a recurring concept you’ll hear from residents of the city’s older locales. They value what they see as a storied history, and many cite it as one of the reasons they have stayed for so long. Levy Park residents fought successfully to thwart some new proposed development out of their community, thinking it would impinge upon the historic look and feel of their part of the city.

This is an well-positioned neighborhood popular among established families, especially those children. It sits close to several excellent public and private schools, but is also far out enough from the center of the city that you’ll miss much of the hustle and bustle of college students.

Many of the state departments are located on this side of the city, making for a short commute for those fortunate enough to snag a job working for the state of Florida in its capital city. If you can afford to pay for housing in this area, Southwood has some of the best the city has to offer.

This is one of the several highly-regarded neighborhoods in northeastern Tallahassee, popular in part because of relatively new development. The community has grown as the city has expanded northward in past decades. Mature oaks dot this neighborhood and much of the city, a defining feature of what is a very distinct region of the city.

It’s helpful to know that Betton Hills and many of the neighborhoods of its ilk expect fees from homeowners, which go to an association that helps keep the place uptight. Homeowners’ associations also use fees to hold events and other happenings that are exclusive to people living in that immediate community.

Betton Hills has is home to five different public parks, meaning children and families alike may find them useful for a brisk walk or simply to toss a baseball around.

Wesley is a freelance writer based in Tallahassee.
Twitter 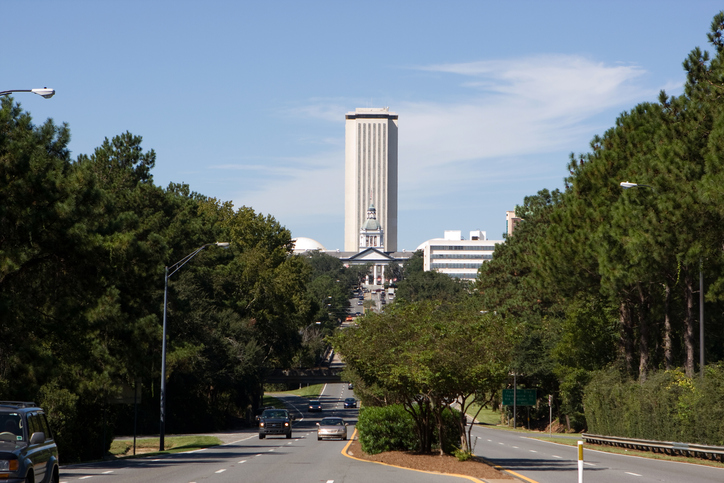 Homebuyers and renters alike are moving north as they settle in Tallahassee, looking for vacant spots in many of the city’s noteworthy neighborhoods. While the trend is decades old, the state capital has a robust…

END_OF_DOCUMENT_TOKEN_TO_BE_REPLACED 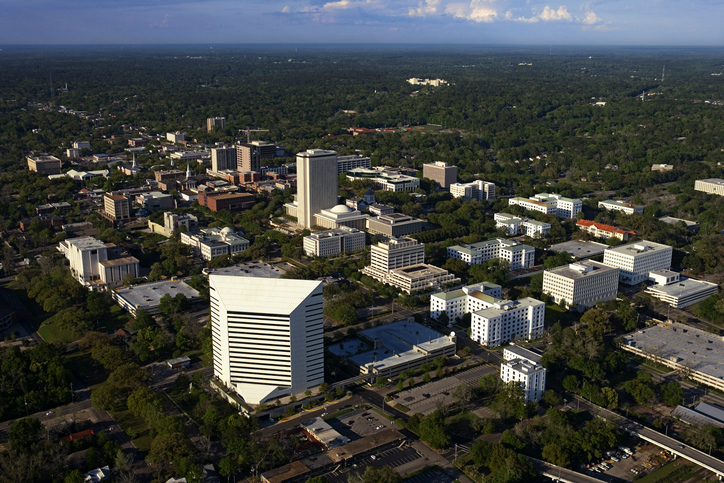 How to Sound Like a Local When You Move to Tallahassee

Tallahassee is a city rife with transient residents, who stay for a few years to further their education then leave or what they think are greener pastures. There is a significant swath of city residents…

END_OF_DOCUMENT_TOKEN_TO_BE_REPLACED 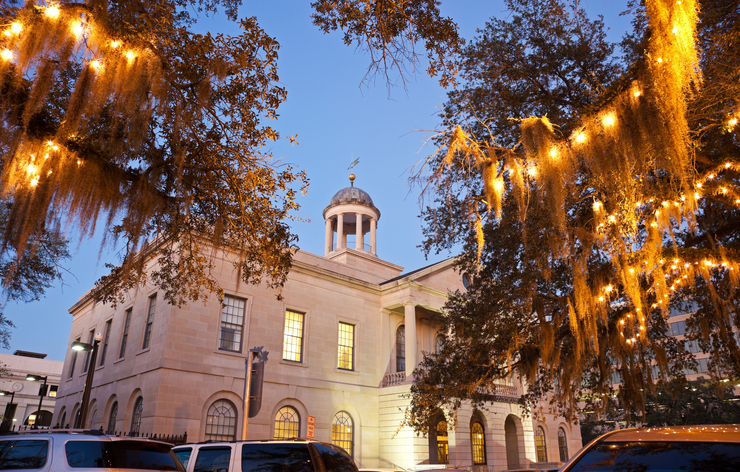 20 Things You Need to Know About Moving to Tallahassee

Tallahassee, located in northwest Florida, serves as the state’s capital and is also a major hub for higher education and scientific research. It is also one of the best places in the Sunshine State to…

END_OF_DOCUMENT_TOKEN_TO_BE_REPLACED 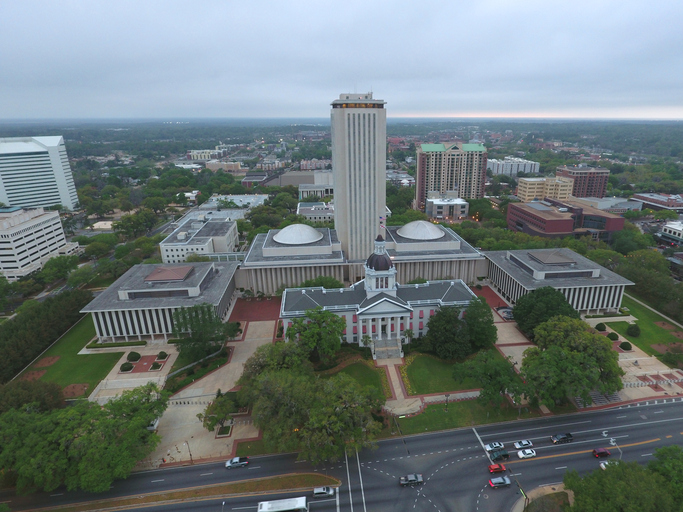 Where Everybody in Tallahassee is Moving From

Tallahassee is home to not just Florida’s capital but also the state’s oldest historically black public university and more than 370 species of birds. It’s also home to more residents, and many of them are…