If you’re relocating to Florida’s Tampa Bay Area, prepare to cannonball into one of America’s most colorful beach destinations. Somehow, the heady mix of Midwestern transplants, winter refugees, polyglot college students, Indian Bollywood fans, spring break rappers, spirited senior citizens and descendants of Caribbean cigar makers all roll Tampa Bay into one exotic stogie worth savoring. Here are 20 things you need to know to get your feet wet.

1. A tale of two cities (and three beaches).

Tampa and St. Petersburg (“St. Pete”), Florida’s third- and fourth-largest cities, respectively, stare across Tampa Bay at each other. Each features miles of “bayfront” beach living. All beachfront west of them is on either side of the “intracoastal,” short for the Intracoastal Waterway that stretches from Maine to Texas, or “the beach,” meaning the 35-mile-long barrier island that stretches south from Clearwater Beach to Pass-A-Grille, where Tampa Bay empties into the Gulf of Mexico. The island’s main thoroughfare, Gulf Boulevard, connects a handful of towns with “beach” for a last name, including St. Pete, Madeira, Indian Rocks and Belleair. You can visit Winter, the dolphin star of the hit film “Dolphin Tale,” and her new sidekick, Hope, star of “Dolphin Tale 2,” at the Clearwater Marine Aquarium on Clearwater Beach. Or keep an eye on the pair via the aquarium’s Winter Cam.

Everyone digs our spring sandcastle celebrations. “Sanding Ovations” on Treasure Island and Clearwater’s 10-day Sugar Sand Festival feature mindboggling monuments to impermanence by master sand sculptors from around the world.

Credit it to acclimatization, but we don’t honk our car horns here. We leave that to our winter visitors (“snowbirds”) and part-time residents (“snowflakes”). Riverwalk, Tampa’s attempt to turn its urban core at the mouth of the Hillsborough River into an upscale version of San Antonio’s River Walk, is proceeding nicely. Don’t miss the Tampa Museum of Art, Straz Center for the Performing Arts, historic 1926 Floridian Hotel, Russian-turreted University of Tampa, and the picture-perfect modernist Florida Museum of Photographic Arts.

Every restaurant you visit likely will feature grouper, the ubiquitous local white fish, in some form: fried, blackened, jerked, nuggetized, or “cheeks” in the fancy places. Local lore insists it’s required by law.

7. The cure for grouper.

The Getaway dockside tiki bar on the St. Pete side of the Gandy Bridge has solved its embarrassing lack of a kitchen by welcoming a rotating caravan of food trucks to serve its customers — waiters and all.

On May 6, 1965, during the Rolling Stones’ first U.S. tour, guitarist Keith Richards awoke in Clearwater’s Jack Tar Harrison Hotel with the riff that would become “(I Can’t Get No) Satisfaction” wedged in his head. The (now) Fort Harrison Hotel still stands, but rock enthusiasts wanting to visit the shrine won’t get no satisfaction; it’s now used as a religious retreat by the Church of Scientology. Strolling through historic Ybor City (pronounced EE-bohr), the aroma of café Cubanos and smoldering panatelas speak to the Latin and Caribbean roots of one of Tampa’s oldest and funkiest historic neighborhoods. Today, the cigar manufacturing mecca founded in the 1880s is sleepy by day and vibrant by night, a favored night spot where students from the nearby University of South Florida converge to get their party on.

Looking for a bird’s-eye view of our beaches? Take your pick from parasailing, powered parasailing or a JetLev backpack that shoots you 30 feet above the gulf, James Bond style, on twin jets of seawater.

No, it’s not a local law firm. Instead, it’s Tampa Bay’s two biggest parties of the year, both thrown in late January. For Lebowski Fest, fans of the Coen brothers film “The Big Lebowski” don bathrobes and slippers, compete in a bowling tournament, watch the movie for the umpteenth time and party with likeminded local rock bands. Gasparilla Days is a week-long community celebration of Tampa’s buccaneer heritage, named after pirate Jose Gaspar. The Saturday invasion of Tampa by the 700-member Ye Mystic Krewe on a fully rigged pirate ship and the Mardi Gras bead-tossing parade that follows is kid-friendly. The nighttime adult version is definitely not.

13. Hang with the manatees. Chill with the chillest mammals on the planet at the Manatee Viewing Center, where hundreds of the gentle sea cows luxuriate in the warm salt water discharge canal of Tampa Energy’s Big Bend Power State south of town. Here’s a YouTube video of the manatee experience.

No, not another law firm. Instead, they’re two popular St. Pete art museums. The Dali Museum features 96 oils by the surrealist master Salvador Dali, housed in a building inspired by his works. The Dale Chihuly installation at the Morean Arts Center features large-scale glassworks by the world-renown wizard of wow, as well as a glass studio and hot shop where the magic happens. The Greek village of Tarpon Springs is a virtual living tribute to the sea sponge industry that spawned it. Sponges, sponge boats, sponge museums, sponge-diving charters, and tantalizing Greek diners and bakeries line the busy waterfront tourist district. The town also lays claim to the largest Epiphany dive in the Western Hemisphere, as dozens of Greek boys ages 16 to 18 take the chilly plunge in pursuit of a sunken cross every Jan. 6.

The phrase, often heard at sunsets, is an apt one. In addition to St. Pete’s star turn in the 1985 hit “Cocoon,” the Tampa Bay Area has been featured in “Goodfellas,” “A Time to Kill,” the “Oceans Eleven” remake, “Magic Mike” and “Spring Breakers.”

Speaking of “Cocoon,” you no longer need an AARP card to enjoy the unofficial official sport of St. Petersburg. Nighttime shuffleboard is all the rage today, with several clubs offering family-friendly outdoor fun, Friday date nights with live music, and an unforgettable wedding setting. MacDill Air Force Base in South Tampa is home to U.S. Central Command (CENCOM) and U.S. Special Ops. Despite its highly classified mission, the base and its 12,000 military and 1,300 civilian employees are a driving force behind community fundraisers. Four-hour base tours are held weekly, normally on Thursdays. 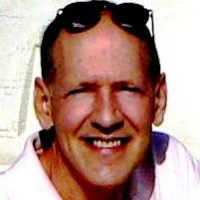