More and more people who travel south for the winter or north for the summer are spending their vacation time in second homes.

The National Association of Realtors surveyed thousands of homebuyers and found that vacation-home sales are on the rise. Sales of so-called second homes rose 10 percent to 553,000 in 2012 from 502,000 in 2011.

Families who “summer” in a lake house or “winter” in warmer climates say buying a second home is a no-brainer, from a convenience and cost standpoint. They have access to all the creature comforts, and it’s cheaper than a hotel or long-term lodging—especially when you consider the number of rooms needed to accommodate an entire family. 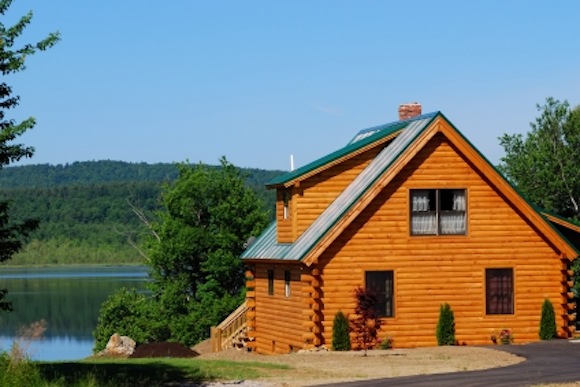 The issue these families often grapple with, though, is what to do with all of their … well … stuff.

It’s a particularly difficult dilemma, considering that so much of this stuff is seasonal in nature and, therefore, not in use for several months when a family lives at the primary residence.

The Reed family of Dallas owns a lake house in upstate New York and has faced this challenge firsthand.

“It feels like, by the end of the summer, we’re getting run over by inner tubes, kayaks and outdoor grilling tools,” Brandy Reed said. “They literally take over our living room.”

For a few years, the Reeds tried to box up and transport some of their larger items to their primary home and back to the lake house the following summer via a shipping company, but the shipping costs and hassles were a problem.

This year, when the Reeds leave their vacation home at summer’s end, they plan to store their seasonal belongings in a storage facility in upstate New York. It’ll be the first time for them to use self-storage.

“I’m looking forward to not having to deal with the hassles,” Reed said. “It’s an option that we really should have considered before.”

McElhaney said homeowners who buy vacation properties in coastal areas should give special consideration to the self-storage option because of weather-related concerns.

“I remember back to my favorite little red-headed, fiery, 70-some-year-old repeat customer. She used (self-storage) to protect her belongings from the renters; she would place items in storage during hurricane season because she lived in a coastal home and she feared losing her belongings in a storm,” he said.

Some vacation properties are equipped with an owner’s lockout closet that can’t be accessed by renters. But often this space isn’t large enough to accommodate everything, and it isn’t secure enough to house the owner’s sentimental-value items.

“We have had many people store their golf clubs, personal pictures and special items that were given to them by their families over the years,” McElhaney said.

McElhaney advised that the type of storage facility a second-home owner needs should be based on the cost of the goods being stored. Units without climate control work fine for beach chairs, bicycles and other items that can handle a garage-type atmosphere. He said high-value items like liquor, wine and golf clubs, and even items made of delicate fabric or paper that can fade, require more care and climate consistency when in storage.

Another key consideration is the location of the storage facility itself. While this is an important factor for anyone considering self-storage, it’s especially important for second-home owners.

When a family lives at a vacation home for only part of the year, they may not know the surrounding communities as well as they know the area around their primary residence. Because of zoning codes and other regulations, self-storage facilities often aren’t located vacation communities, but in adjacent areas.

McElhaney recommended property owners use the facility that’s most secure—preferably one that’s gated, well-lit and equipped with plenty of cameras.

“You purchase in an upscale neighborhood, so why would you store in a subpar facility?” he said.