So you want to try bidding on storage auctions, eh? Brace yourself – it’s not as easy as it looks on reality TV.

“Buying storage auctions is physically hard work,” said Rich Schur, senior auctioneer and owner of Schur Success Auctions & Appraisal in Colorado Springs, CO. “You have to be prepared to load out, store, sort and throw things away. If you’re not prepared for that, it can be a big shock.”

On the plus side, there’s enough treasure buried in the forfeited junk of others to provide a decent living, according to John Cardoza, an auctioneer and owner of Storage Auction Experts in Turlock, CA, who’s been featured on Spike TV’s “Auction Hunters.”

What’s their secret? Here’s a 10-step tutorial on how to make a living at storage auction bidding.

Attend, but don’t spend: Storage auctions can be frenetic adrenaline fests. How best to get your feet wet without taking a bath? “The first time, attend but don’t participate. Don’t bring any money with you and keep your hands in your pockets,” Schur suggested. “That way, you won’t be caught up in the excitement and overbid.”

Identify buyers: Before you bid, you need to know how and where you’ll sell your acquisitions, whether online through eBay and craigslist or through second-hand stores, antique shops and flea markets. “You need to come with the forethought of how you’re going to dispose of lots of things,” said Sherrie Brunk, an auctioneer in Cadet, MO. 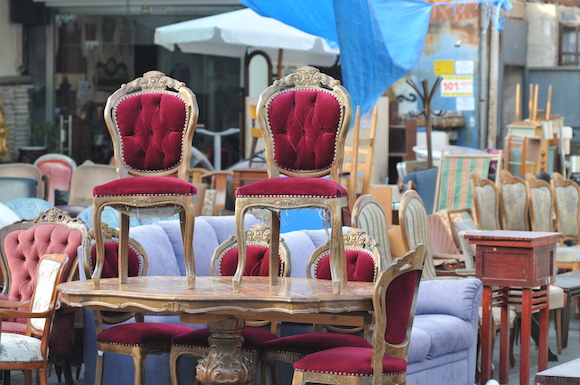 Generalize: Think of it as diversifying your portfolio to maximize your profit. “I had a guy recently who was just looking for fishing poles,” Brunk recalled. “I told him he’s really in the wrong type of auction because, along with those fishing poles, he’s going to get two pickup loads of pots, pans and clothes to deal with.”

Be Prepared: When you buy your first unit, you’ll pay your bid price, sales tax and a $50-$100 deposit that’s refundable if you meet the clean out deadline, which usually runs 24-48 hours. Most likely you’ll pay in cash, as credit card and check purchases can be canceled. If you don’t meet the cleanout deadline, you not only lose your deposit, you also lose the unit and could be hit with a bill from the storage facility for their disposal costs. You’ll also want to factor in gas mileage, truck/trailer rental, load-out labor, dumping and recycle fees – and often your own storage unit to hold the contents until you can sort through it, as that’s not usually done on site.

Bid to profit: “Take what you can see in the locker, add up what you know you can sell, and don’t spend more than that for the unit,” says Brunk. Schur agrees: “People overbid because they don’t set a limit. Bid on what you see, not on what you don’t see.” 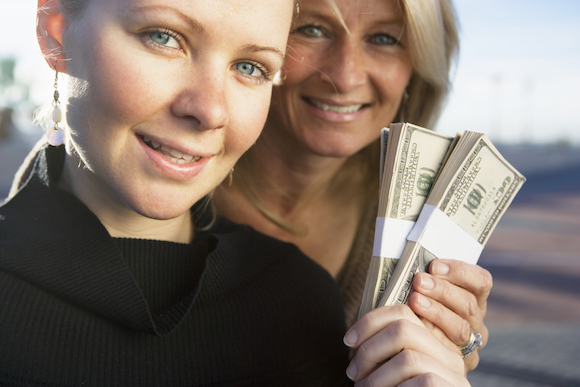 Look for win-wins: A bidder who sells online may be open to selling larger items, like their unit’s furniture to you. “But not until they know you,” Schur cautioned. “They’re not going to cut you in on that unless there’s a reason.”

Don’t overlook junk: In eco-conscious states like California, you may be able to recycle for profit. “I know several people who make a lot of money buying junk units.” Cardoza said. “They don’t face the competition you get for the higher-priced units, and if they lose, they don’t lose much.”

Don’t let ‘bad’ areas scare you away: “Residents in bad areas have a tendency to hide jewelry in storage units because their own neighborhood isn’t very safe,” said Cardoza.

Be meticulous: Every item of clothing must be unfolded, every purse, pocket and envelope opened and searched “because ultimately that’s where the goodies are,” said Brunk.

Protect yourself: “It’s a filthy business,” explained Schur. “If you’re not wearing a mask and rubber gloves, you’re risking your health. If you’re not prepared to get stinky, don’t do it.”