More than three years ago, artists Aron Conaway and Hallie Jones were looking for a space in Louisville, KY to support artists and musicians in the area.

That search led them to the 90,000-square-foot Civil War-era warehouse at 744 S. 13th Street, which they named The Mammoth.

While The Mammoth provided the room they needed to offer artist studios, band practice and community meeting area they envisioned—it also included something extra: storage customers. (An unexpected setback has temporarily put their vision and business on hold, but more on that later.)

“The guy who sold us the building left $1,500 worth of storage business for us, so we inherited those storage customers. It seemed like a logical next step, to continue to bring in storage and finance the art studios and art making community and subsidizing it with the storage business,” Conaway said.

A Different Kind of Model

The Mammoth offers a type of storage not commonly seen around the U.S.: warehouse drop-off.

Instead of traditional self-storage where consumers pick out there own personal unit that they can access whenever they want, customers at The Mammoth bring their belongings to the loading dock and staff loads them onto a palette and wraps it all in plastic. Staff then takes the palettes up to the third floor of the warehouse for storage.

“It is definitely a very niche market we have, for people who need long term storage of things they don’t need access to,” Conaway said. 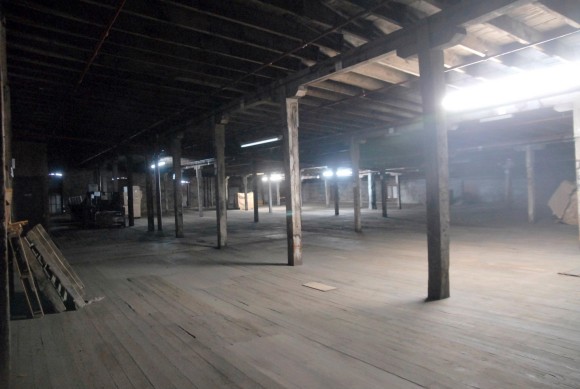 While some might not be able to deal with not having regular access to their stuff, the big benefit for consumers of this type of storage is cost savings. The Mammoth charges $25 a month for a 5×10 space, and $50 for 10×10 space—which is about half the price of the same-sized space at a traditional storage facility.

Conaway said he has even negotiated with folks with smaller storage needs.

“A guy needed to store for two years, and he had the equivalent of a 3×4 pallet of stuff. Since its such a long storage time and such a small space, we agreed on $15 a month for two years paid up front,” Conaway said.

The Mammoth does require a three-month minimum.

“It doesn’t work for us to do one or two months, it is kind of labor intensive to pack everything up,” Conaway said. 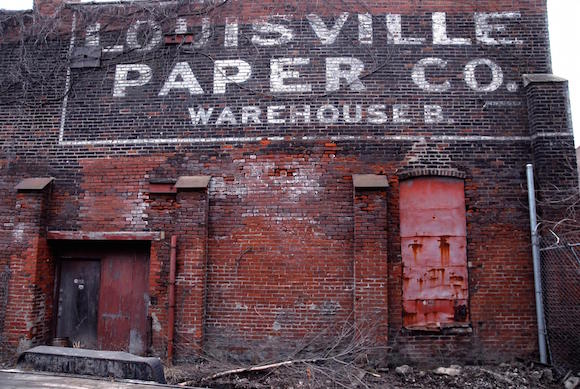 Up until this past August, Conaway said the storage operation was moving quite smoothly and The Mammoth had put on more than a dozen music and art shows. Its lower floor was completely leased as artists’ studios.

Unfortunately, the local fire department put an end to the music, art and storage when it condemned the building over structural issues. Conaway said everything is currently on hiatus until repairs are made.

“We are in kind of this in-between space working on our business plan and getting a small business loan in order to fix some of the pillars in the basement,” Conaway said. 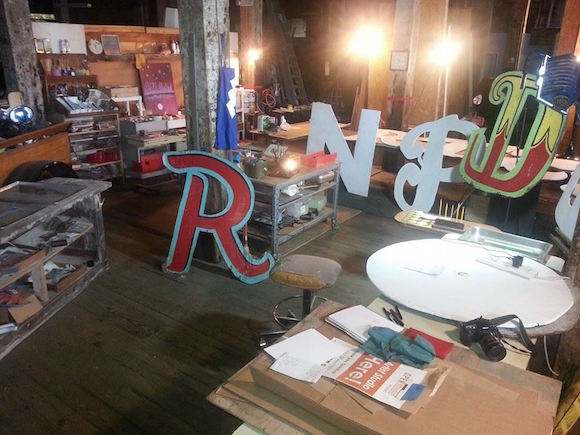 Thankfully the fire department has permitted existing storage tenants to stay, but The Mammoth can’t accept new ones.

“They have been trickling out, but right now we have the bills covered. If a lot more time goes by it is going to be a bit more of a crisis.”

Conaway said he and Jones are the fifth owners of the building, which was built by the Union Army in 1865 for storing medical supplies. Prior to becoming The Mammoth it was used by a moving and storage company.

While the condemnation has been a major setback for The Mammoth, Conaway said they are confident that they will pull through.

“My business partner, Hallie Jones and I are both are artists, so this has been a very creative project as we figure out how to make it all work out,” Conaway said, “We have no formal training in business so it has been a build it as we go type of thing. There is definitely a lot of scrambling around here.”

All photos courtesy of The Mammoth.