The lives of three future SpareFoot employees would change forever on February 10, 1997.

While you may not remember where you were on this fateful day, Juan Torres, Tod Mullen and Brett Chauviere will never forget.

That is the day Mario Kart 64 was released in North America.

The game touched their lives in unique ways, leading them along diverging tracks in the 150cc Grand Prix of life.

But like Yoshi Valley, those varying paths converge upon the same fateful finish line—representing SpareFoot in the Austin Startup Games’ newest event: the Mario Kart Tournament.

Putting the Team Together

SpareFoot co-founder Mario Feghali is utterly blown away by the caliber of the team assembled by the company, an online market place for storage.

“My name is Mario, and I didn’t even know anyone could be that good at Mario Kart,” Feghali said.

Once word came that Mario Kart was being added to the games, the three team members were relieved of their usual duties and sequestered to an isolated conference room for the duration of each work day to train. For the last month the players have done nothing but play Mario Kart in hopes of winning gold.

SpareFoot’s Mario Kart dream team is a key part of the company’s road to victory in 2016 as it defends its three-year run as champion of the Austin Startup Games.

So who are the members of SpareFoot’s Mario Kart team, and how did they become the racers they are today?

It’s time for you to meet SpareFoot’s Men of Mario Kart. 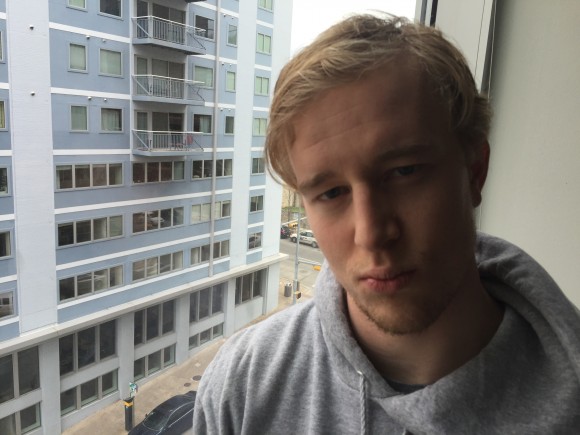 Chauviere had a knack for video games from an early age, but it became an obsession after playing his first level of Mario Kart 64 in 1997. The game inspired him to study computer coding, in order to truly understand the games mechanics and hidden secrets. After graduating high school, Chauviere sold all of his belongings and traveled to Chiba, Japan to seek out Hideki Konno, the director of Mario Kart 64. After several years of intense training, that also included racing real-life go-karts on Konno’s massive estate, Chauviere returned to the states.

Under Konno’s tutelage, Chauviere claims to have learned the 5 Point Exploding Shell technique, but has never publicly used it. With SpareFoot going for its fourth consecutive Startup Games gold, Chauviere might just have to use this powerful, never-before-seen move. 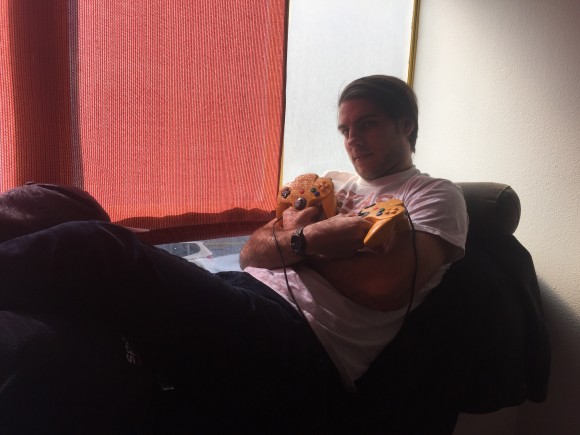 Mullen started playing Mario Kart in the fifth grade, aspiring to be like his parents—both of whom were champion Formula 1 racers. While Mr. and Mrs. Mullen traveled the world, Tod was raised by his other mom and dad—Mario and Princess Peach.

Instead of following in his parents’ tracks, Mullen started playing in high-stakes illegal Mario Kart races held in the seedy underbelly of Kuala Lumpur. Mullen’s star rose fast, but burned out just as quick. Refusing to throw a game in a rigged match, Mullen had his thumbs broken—putting him out of the game for years. After learning that Mario Kart was added to the Startup Games, Mullen leaped to take his shot at redemption.

“I’m ultra competitive and love to crush opponents, leaving them thinking, ‘Man, this guy has no life.  He’s too good at this game,’” Mullen said, “At that point, the ladies swoon, the men stare in awe and I smile.”

Torres is the captain of SpareFoot’s Mario Kart team, but in the interest of protecting national security, we can only say but so much about his rise to the top of the field. What we do know is that Torres’ Nintendo 64 was one of an unspecified number of consoles monitored by the Pentagon as part of a declassified government program called MK-64. The government observers quickly recognized Torres’ mastery of the game and recruited him to join a top-secret group of players. For several years Torres lived and played Mario Kart at an undisclosed location in the Nevada desert—some conspiracy theorists suggest that the location was Area 51.

In 2012, President Obama shut down the program, which is rumored to have carried out remote lightning strikes and banana peel drops in conflict areas around the world. Shortly after, Torres joined SpareFoot.

He still plays Mario Kart three nights a week, with his wife Rachael.

“Mario Kart is a critical part of my marriage and my wife Rachael is equally as talented,” Torres said.

With the Startup Games coming up on January 23, these Mario Kart prodigies are entering the most advance stage of training. Their strict regimen includes a vow of celibacy, three hours a day playing in a hyperbaric chamber, high doses of nootropics and chugging copious amounts of Lone Star.

Only when the giant floating Cheep Cheep in the sky vomits pixelated confetti all over them, will their journey be complete.