If you’re a follower of storage auction reality TV shows like “Auction Hunters” and “Storage Wars,” you probably share with the randy collective of onscreen bidders the excitement and anticipation that behind every rollup door awaits a story you’ll tell your grandchildren.

Ironically, storage managers and auctioneers are often the last to learn of the stash of Spanish doubloons in a minifridge or the Mondrian sketch in the winter wardrobe. After all, privacy is sacred in storage. Smart operators don’t cross that line, even when invited.

That said, many storage pros have witnessed some incredible finds within their domain. 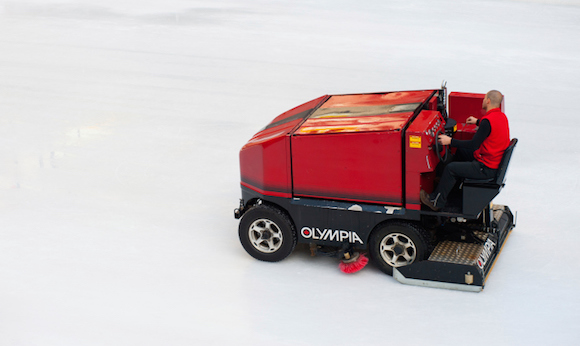 Rich Schur, auctioneer and owner of Schur Success Auction & Appraisal in Colorado Springs, CO, once hammered down a unit on “Auction Hunters” without spotting the treasure buried beneath tarps within. It was only when he viewed the episode later that he saw what the lucky bidder won: a Zamboni, the motorized vehicle used to groom ice rinks. New, they sell for between $80,000 and $150,000. See it for yourself in this “Auction Hunters” segment. 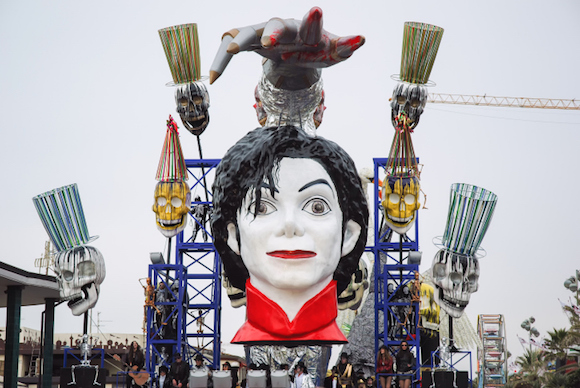 Larendee Roos, a partner in the New York-based consulting firm Roos Cohen Group and an executive vice president of Extra Space Storage from 1986 to 2003, had no idea that an Extra Space unit she was managing in Culver City, CA contained a heady Michael Jackson collection.

“His personal assistant had made all the arrangements, so when it went into default status, we had to cut the lock to see what was in there,” Roos recalls.

Inside were roughly 15 items owned by the King of Pop, including several stage costumes, a couple of large prints and a trunk with contents.

“We thought it might have belonged to a memorabilia collector until we tracked it back to his PA through the production company named on the account,” she said. “The PA ended up bringing the unit current – they had simply forgotten about it. They ultimately moved the items out.” 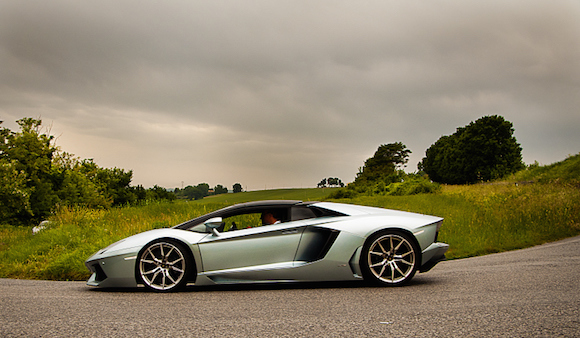 Matt Van Horn, vice president of Cutting Edge Self Storage Management in Port St. Lucie, FL, once had a customer store a 2-year old orange Lamborghini valued at $250,000 in a Colorado unit.

“Lamborghini actually came out and inspected the facility to make sure it met their criteria. I don’t know who insured it but I know the insurance cost was around $5,000 per month,” he recalled. “It’s the most expensive thing I have ever seen in storage.”

Given the cost of a Frappuccino these days, Storage Authority owner Marc Goodin says one of his business clients is almost certainly sitting on a goldmine.

“We have a coffee distributor in one of our units,” he quips. “A 10×20 unit full of coffee must be worth something, right?” 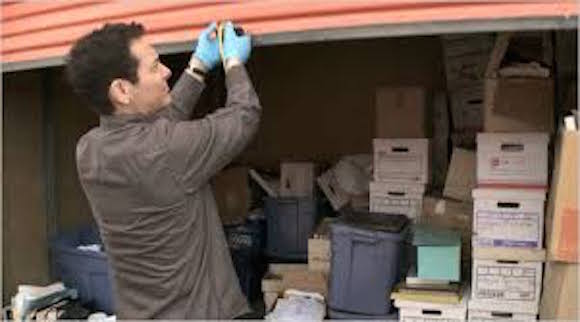 To the casual bidder, the plastic tubs and cardboard file boxes of a storage unit owned by Walter Earl Brown would hardly warrant a bid.

Thank goodness the prolific composer and vocal arranger had the foresight to bequeath his songwriting stockpile to Great American Songbook’s #1 fan-boy Michael Feinstein before Brown passed away in January 2008 at the age of 79.

As Feinstein explained on an episode of his PBS series “American Songbook,” Brown made his mark with “If I Can Dream,” a song written expressly for Elvis Presley to replace “I’ll Be Home for Christmas” as the grand finale of his 1968 NBC special, “Elvis.” The song, written just two months after the assassinations of Martin Luther King Jr. and Robert Kennedy, quotes King in it lyrics. 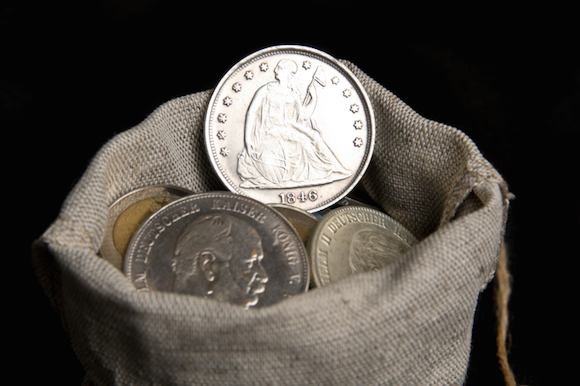 John Cardoza, auctioneer and owner of Storage Auction Experts in Turlock, CA, recalls a very good auction unit that turned up in a very bad part of Sacramento.

“The buyers bought it for $200 and when they opened it up, inside were two five-gallon buckets full of silver dollars,” he recalled. “They reached in and gave a silver dollar to each of the 40 or so other people in attendance.” 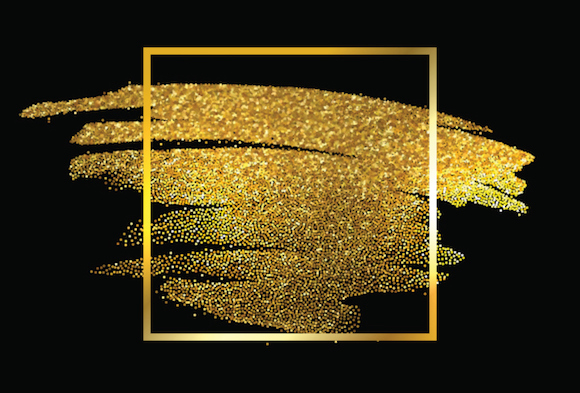 This Unit’s a Goldmine!

“I don’t know what the most expensive single item would be. However, I imagine that a mineral (gold) processing lab with its equipment and gold would have a value easily in excess of $100,000,” he said. 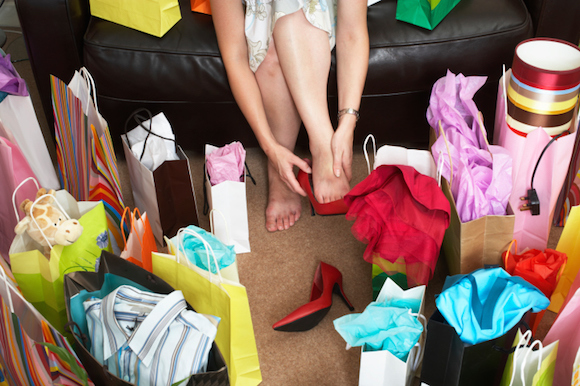 Goodin’s lease specifically caps the maximum value of a unit’s contents at $2,500 unless the customer signs an addendum. “It does not permit art, jewelry or items of personal value,” he noted.

That said, he knows of one customer who is clearly exceeding their coverage.

“I have one unit now that is absolutely full of brand new purchases still in the shopping bags from all the major mall stores,” he recalled. “The unit is a 10 x 15 and full! I am sure her husband has no idea, and that is the goal.” 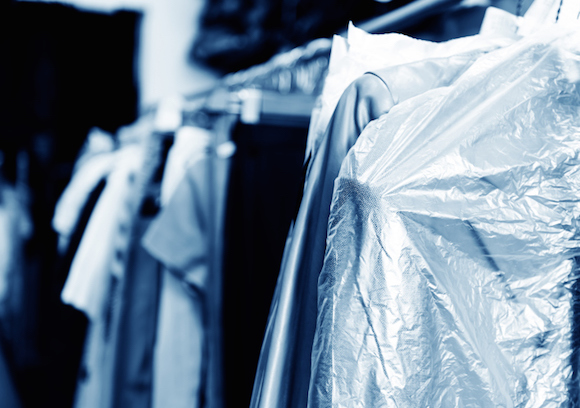 “She would go to Bloomingdales or Lord & Taylor and buy all these different clothes, and she had racks to hold all these clothes as though you were setting up a home. Over time, it eventually got to the point that you couldn’t even get into the unit,” Roos recalled. “She spent all her money on the acquisition of things to where she couldn’t afford to pay the rent.” 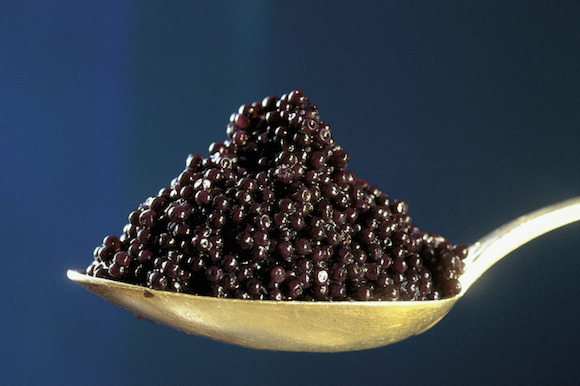 Those Are Some Pricy Eggs!

Given that Steve Bachenheimer, the owner of Sommelier Wine Services in Aventura, FL, routinely stores 3,000-4,000 bottles of vino in his RoboVault wine storage units, you’d think his candidate for most valuable content would come off a vine.

Nope; not even close.

“I saw seven ounces of Beluga caviar worth about $800,” he said.

Bachenheimer even adopted the idea himself.

“I have also used (wine storage) for chocolate truffles for months,” he said. “It works great. A fridge is too cold.”