Normally, the day-to-day pace of life at Blocker Transfer & Storage in Clearwater, FL resembles a stately waltz, with maybe the occasional tango or foxtrot thrown in during end-of-month move-outs.

But on one particular weekend each February, Blocker busts into jitterbug mode to prepare for the arrival and orderly distribution of eight tractor-trailer loads of Girl Scout cookies from Little Brownie Bakers in Louisville, KY.

Hundreds of storage facilities take part in the annual Girl Scout cookie boogie, which runs in month-long campaigns from mid-January in warmer states to mid-May up north.

Before it’s over, Little Brownie and Richmond, VA-based ABC Bakers, the other licensed Girl Scout cookie maker, will turn out more than 200 million boxes of the irresistible treats. With last year’s expansion into online sales, Girl Scout cookies sales are expected to well surpass their recent seasonal revenue of nearly $800 million. 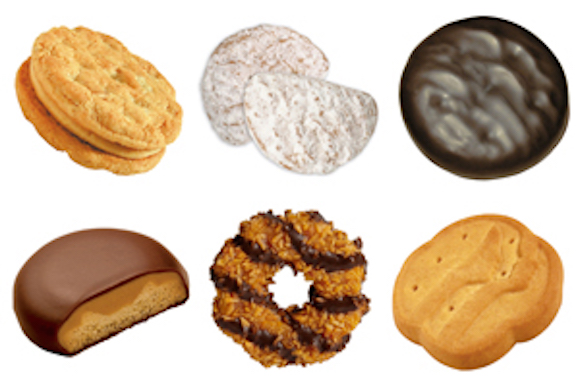 Back at Blocker Transfer & Storage, employees will offload the pallets of cookies, check them for damage in transit, separate them by cookie type (Thin Mints, Samoas, Tagalongs, Do-Si-Dos, Trefoils and Savannah Smiles), then brace themselves for the merry pandemonium to follow as dozens of troop leaders and scouts from throughout west central Florida swing by to pick up their orders.

“The troops, through their council, have designated five-minute timeslots when they can come and pick up,” explained Blocker operations manager Candi Lloyd.

“They line up outside in vans, rented U-Hauls, four or five carloads depending on their order size. We have pull sheets so when they tell us their troop number, they start down the rows, we pull the cases and count them, verify with the moms and load them in the vehicles,” Lloyd said.

Lolis Garcia-Babb, director of marketing and communications for the Girl Scouts of Central Texas in Austin, says the life skills that scouts earn preparing for cookie sales often go unnoticed in our rush to buy Thin Mints.

“First, you have to think of this as a business, because that’s how the girls think about it,” Garcia-Babb said. “Like any business, they sit down and figure out what their goals are for the year. The little ones may want to go to Sea World or their first camp while older girls may want to go to a STEM conference or on a trip to Europe.”

Garcia-Babb said each troop decides how to spend the money they raise selling cookies, and together they figure out how many boxes each girl needs to sell to reach their goal.

Once they have a box count, the troop leader places their order with what’s called a service unit, which collects the orders from all the troops in their jurisdiction and places the bulk order with the cookie manager at their Girl Scout council level.

The council then hires moving and storage facilities to act as drop-off and distribution points. While some service units will arrange to keep the bulk order in storage, most allow the troop leaders to haul the goodies home.

“I was one of those mothers and had a cookie pantry in my garage for six weeks,” said Garcia-Babb 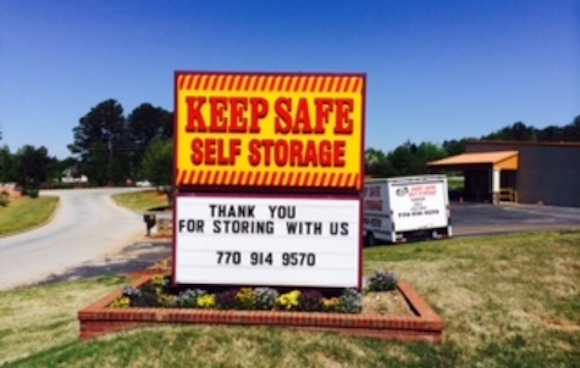 Vanessa Jackson, who manages Keep Safe Self Storage in Mcdonough, GA, not only donates a 10-by-10 climate-controlled unit where her local troop can store their cookies from mid-February until mid-March; she also helps promote them.

“We’re all about being an active part in our community,” she said. “They set up a booth at our facility and sell cookies. We advertise them on our reader board and mass mailings, and even have an area inside the office where we can sell cookies when the girls aren’t here.”

If there’s a downside, it’s working in close proximity to those tempting treats.

“I’m the only staff, and I try not to. I haven’t, no sir!” Jackson admitted. “I do like them though. It’s discipline, discipline!”