2016 presents an opportunity that we only see once every four years.

We’ve all been given a gift of an extra day on February 29th this Leap Year.

Have you thought about that?

If you’re like most people, it really hasn’t crossed your mind too much. It’s a Monday, and will probably be like most other Mondays. But it’s not like any other Monday.

Leap Day is a day filled with promise! It’s up to you to take advantage of its power. By reading this piece, I’d like to challenge you to think about how you’ll use these upcoming extra 24 hours.

My advice: Use it well. 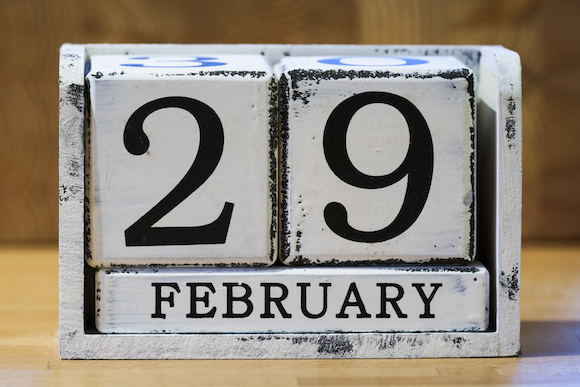 The name itself is kind of inspiring: Leap Day! Leap! Jump into it!

For me, this is the day to boldly stand in front of those tasks that have been building up that, for whatever reason, I haven’t yet completed. My plan for the day is to start it by donning my best Superman pose and rolling up my sleeves and at least making a dent in those things that have been piling up both literally and in my mind.

That brings me to my big point: things that have been piling up are always a result of some sort of procrastination, which is the evil enemy of Leap Day.

What gives procrastination its superpower? The word later.

If you’ve read any of my books, you know that I strongly believe that the word later is the best friend of clutter.

“I’ll put away the laundry later.”

The result, of course, is a house filled with lots of “laters”: the unwashed dishes, the mail strewn around the house, the things you just didn’t have time to get to. In other words, clutter!

How often do you say later? When you say that word, you are literally inviting clutter into your home. Inviting it. Who needs that? 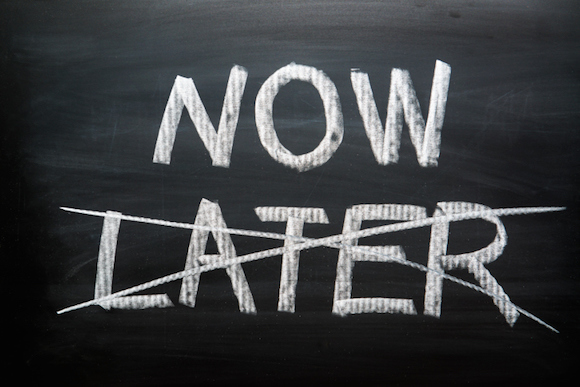 I challenge you to think about something. When you hear yourself saying the word later, are you listening to yourself, really? It’s easy to say it, but its implications are big. When you say later what you are really doing is pushing things off to some imagined future when you have absolutely nothing to do and the only thing in the world that would give you joy at that moment would be to fold some laundry. That isn’t a very realistic vision of the future.

When you use the word later you’re compounding your future. By delaying the inevitable you’re adding that task to all of the other ones that are already going to be there tomorrow. You’re sabotaging yourself. You’re overloading your future, yourself, the stuff you have to do tomorrow.

Not only do you physically have more to do, you are also adding that nagging mental issue of thinking to yourself ‘I now have one more thing I need to get done’. Argh!

So, here’s my challenge for you for this upcoming February 29th: deal with the ‘laters’ in your life.

Make the 29th the day that you go around and wash any dishes that have piled up, and put them away when they’re dry. Wash that pile of clothes that you know you need to, and fold and put it all way. Pick up those toys that have been annoying you. Deal with the piles of mail that seem to have taken up residence throughout your home. You know what I’m talking about.

If those aren’t the issues in your life, I can pretty much bet that there are some menial tasks that you’ve yet to get done – you know what they are. Tackle those. 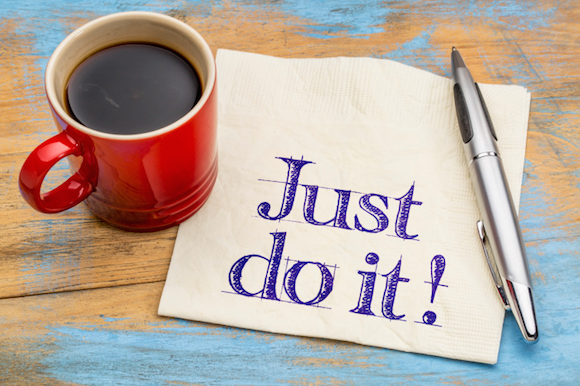 I promise you two things will happen when you deal with the pile of “laters”:

a) You’ll feel incredibly accomplished after they’re done
b) They won’t take you as long to do as you think they might.

Leap Day is a day to give yourself a gift of relieving yourself of some of the stress that comes with clutter.

And, at least, if you do nothing on February 29 in terms of getting organized, then just adopt my personal Golden Rule: that starting from this day forward, you’ll think carefully about using the word later… and do your best to avoid it altogether. 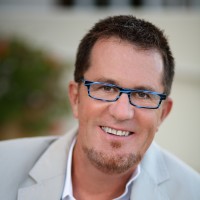