The old saying goes that nothing in life is certain except death and taxes, I think it’s about time we add moving to that list—the average person will more than 11 times in their lifetime, according to the U.S. Census.

No matter how many times we move, it never seems to get any easier.

In honor of “National Moving Month” this May, we’ve collected some stories of real-life moving fails to give you a little chuckle and make you feel better about your own moving experience.

I once was fortunate to have full-service movers and when they said they packed “everything,” they meant it. I arrived at my new home with several bags of trash helpfully included from the old house across the country.

Here are some other #movingfails we’ve collected, mostly from professional moving companies who have seen it all: 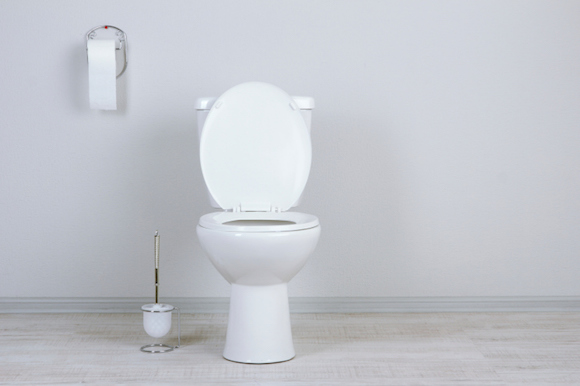 1. The Best Seat in the House

“People often request that we move some very odd items, but we were extremely perplexed when one homeowner informed us that she wanted her toilet – not the seat, but the actual toilet – moved to the new home. We aim to please, so I politely informed her that if it were disconnected and cleaned, we would transport it for her. To this day, I’m still unsure if she just had a particular fondness for her toilet, or if her new home didn’t have any.”

2. It’s Moving Day, Do You Know Where Your Children Are?

“We deal with family moves all the time, and while little kids are great fun, it’s hazardous when they’re running circles around you while you’re carrying heavy furniture. One family picked up on the fact that we were getting visibly annoyed and worried, so they sent the kids outside to let us work in peace. We put the last few pieces of furniture in the van and closed the doors to be on our way, when suddenly we heard an almighty screaming noise from the back. It soon became apparent that one of the daughters had sneaked into the back of the van when nobody was looking. The parents kept telling her that we closed the doors by accident, but she didn’t seem to believe them.” 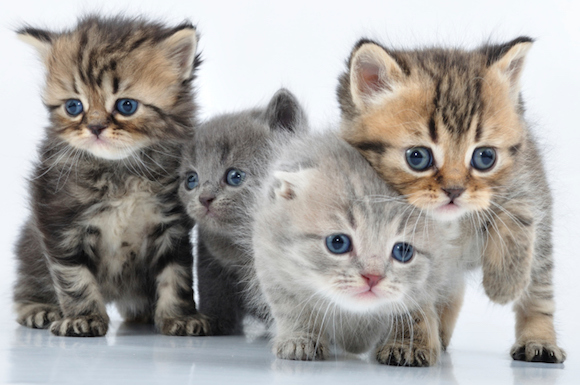 3. Have Kittens, Will Travel

“We recently carried out a move for an elderly customer who had six cats in her house. It was a big move that involved clearing out her entire front room and bedroom. As we went to lift up a chest of drawers to load onto the van, we heard a noise that sounded like mice (something that we encounter quite regularly), but upon closer inspection it turned out that there was a litter of kittens behind the drawers! They were at least a week old, yet the customer had no idea that they were there. I think she was delighted to add a few more cats to her collection!”

4. When “Cheap” Ends Up Being Expensive

“We were moving about 85 miles in Southern California and kept hearing moving horror stories of extra charges, lost furniture and huge delays, so I dropped by a local truck rental yard to consider the DIY route. Turns out the manager was an ‘experienced mover’ and had a team of ‘equally experienced pros.’ They could use one of the company’s rental trucks and move our entire place in a single day. I asked all the right questions and seemed satisfied they were legit.

When they showed up, it was a team of two, rather than three – and different people than those I had met, mind you – and a much smaller truck than they had promised. As you can guess, mayhem ensued. Stuff was getting jammed into the truck every which way; the dolly was bouncing up and down the front steps, breaking the ceramic tile on the porch; items were being dropped or smashed against counters.

Long story short: They didn’t damage everything. Just almost everything. And they did it in a ‘day;’ however, it lasted until the wee hours and involved multiple trips. All in all, the damage and headache cost us much more than the move.” 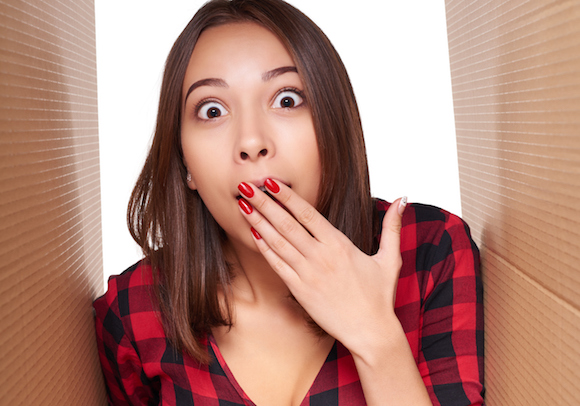 “We had a client in Chelsea, Manhattan, NYC, with a few boxes “buzzing” the whole day… When we opened the boxes for the unpacking, they turned out to be sex toys. They had been left on the entire day! It was hilarious.”

“My wife had very carefully hung all of her clothes on an aluminum clothes rack with wheels. It was the last thing to put into the moving truck. It was raining so we covered the clothes with some plastic and wheeled it out to the truck. The only thing left was to push it up the slick ramp. We got about half way up the ramp when the whole thing tipped over. The whole rack fell to the ground into the wet street. There was nothing left to do at that point but laugh, then cry.”

“As part of the quoting process, we gather a certain amount of information about the scope of the move so we can provide an accurate estimate. On one call, the gentleman refused to tell us his new address or even ballpark the new location. ‘I don’t feel comfortable releasing this information at this time,’ he kept saying. We responded politely that although we would love to give him a quote, the price ultimately depends on how far the move is. The gentlemen refused and demanded that we provide an estimate without it. Needless to say, we decided that was a job we better pass on!” 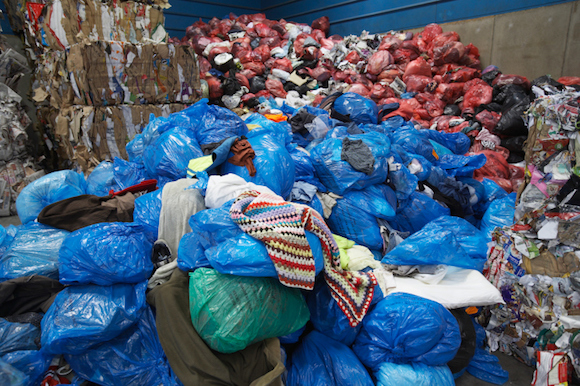 8. Sometimes, You DO Wish They’d Packed the Trash!

“My roommate and I began general cleaning and packing in preparation for moving out of our dorm. As the week progressed, trash bags began accumulating in the rather small living space. My roommate, never known for cleanliness, had compiled a majority of the trash bags, and so I decided to be helpful and disposed of them on his behalf in the dumpster. When my roommate returned, I was informed that he packed his clothes in said trash bags and thanks to me, no longer had any clothes. Oops.