There’s no standing still for Zippy Shell, which continues to shake up the portable self-storage and moving industry.

Building from its initial concept of dropping off large, movable storage containers at customers’ doors, Zippy Shell is now entering its next stage of evolution with a full-service storage option available through a partnership with SpareFoot.

The Washington D.C.-based company was founded in 2010.

Zippy Shell’s core service involves the delivery of large storage “shells” to customers’ homes. The shell is contained inside of a trailer for convenient pick up and delivery.

After the customer packs it, Zippy Shell picks up the shell and delivers it to a secure, climate-controlled warehouse for storage. When customers are ready to have their items returned, Zippy Shell delivers them back—or moves them cross country.

Zippy Shell has grown its moving-services business, as it adds more locations across the country. In essence, it’s a portable storage container and moving truck in one.

“What was born initially as a localized, portable storage operation grew to this network of franchisees and third-party providers that has given us the capability to move these containers all over the country,” said Rick Del Sontro, CEO of Zippy Shell. “That was our plan from day one, but you need a network.”

Del Sontro said they built a network wide enough in 2015 to cover enough of the U.S. market to offer the moving service — and do it well.

Del Sontro believes his company in the near term will be even more disruptive in the moving business than the storage business, but he believes storage will continue evolving.

“Do I think traditional self-storage facilities are going away? No. They serve a function,” he said. “But I think you will see the portable side of the business go from 6 or 7 percent of the overall storage market to probably 30 percent or 40 percent [over the next 20 years.]” 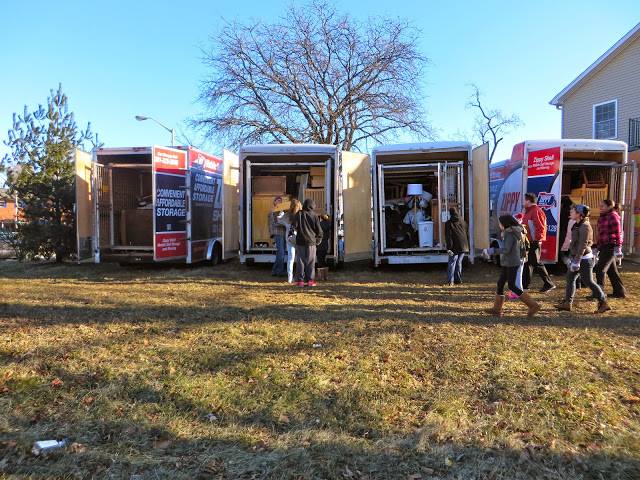 And now Zippy Shell’s latest venture is a partnership with SpareFoot.

In March, SpareFoot introduced its Full-Service Storage option where it added valet-style storage operators and mobile storage companies to its searchable database to help customers find on-demand pickup and delivery services in their area. These added services are available in more than 30 U.S. markets.

“SpareFoot is a successful business, and I think they’re always looking for ways to expand their footprint,” Del Sontro said. “They approached us about the opportunity to look at how they can transition what they’ve done – and been wildly successful at doing — on the traditional storage side to the portable side of the business.” 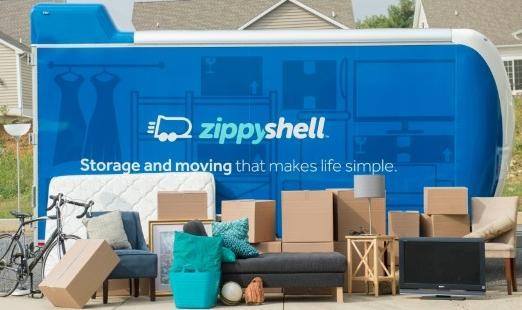 Once a customer in a market that Zippy Shell operates in signs up for their service, the company will pick up items in packed in a secure container, store them and deliver the items back with a call or click.

“We’re running an option through SpareFoot for people to get an hour worth of loading for free and a really good initial price for storing,” Del Sontro said.

The monthly fee covers transportation to the customer, movers to tag and scan the items, loading items on the truck and taking them to the secure facility.

However, Del Sontro acknowledges that the service may not be for everyone.

“If I’m the most price-conscious person on the site and price is driving my decision, then it’s probably not going to be a good solution,” he said. “But I believe most consumers lie somewhere in the middle – looking for that balance between convenience and affordability. If you can give them something convenient and it’s affordable, I think you have a winner.”

Del Sontro has no doubt that convenience is the wave of the future.

“If you look at millenials today, it’s clear that on-demand services are enormous for them and their ability to say, ‘As long as it’s cost-effective, I’d rather have it come to me than me go to it,’” Del Sontro said.

Zippy Shell is testing out its concept with SpareFoot at its corporate stores first.

“If we hit a hiccup, we can tweak it before we launch with our franchisees,” he said.