You can live in the home of your dreams in a quiet, picturesque town, but if you live next door to nasty neighbors, it can become a nightmare.

Whether it’s late-night partiers, the property line disputer, the bad pet owner or the hoarding neighbor whose yard resembles a junkyard—no one really is immune from the pain of a problem neighbor.

In fact, about 30 percent of Americans have moved, or considered moving, because their neighbors were too loud, according to a SpareFoot survey conducted for National Moving Day. 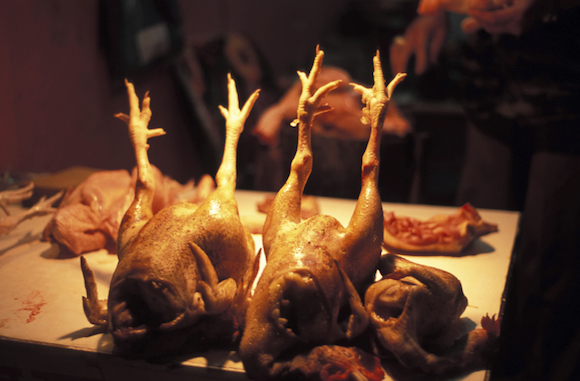 The Case of the Dead Chickens

Debbie Smith of Brunswick, GA, knows this pain all too well.

“We had a whack-a-doodle neighbor,” Smith said, recalling the time when the neighbor bought a flock of “free-range” chickens, which meant they ran free in everybody else’s yard but that neighbor’s. Smith’s dog killed two that roamed into her yard.

The neighbor retaliated by placing dead, rotting chickens along Smith’s driveway so she and her husband would smell the reeking stench in the hot summer months.

“These neighbors also would get drunk and stay out on the porch and scream and threaten each other,” Smith said.

To make matters worse, the neighbor would let her young son roam alone outside at 4 a.m. in areas where there were copperheads and rattlesnakes. In another instance, she called the cops claiming that Smith’s husband was trying to run her over with a push mower.

“You had to tread lightly because every time you turned around she was calling the cops,” Smith said. “We finally put up a privacy fence over the chain link fence to wall her off.”

The Smiths also installed a video camera in case they were accused of any wrongdoing. The nightmare finally ended when the nasty neighbors moved.

Stephen Frost recalls living with his father in Exeter in the UK and dealing with their crazy next-door neighbors.

“They would routinely come to the door convinced that I was laughing at them through the walls when in fact I was either laughing with friends or watching TV,” Frost said. “They often called the police around 3 a.m. with complaints of loud music, when none had been played.”

They would spit on Frost’s car and scream obscenities. Frost finally moved out to escape the bizarre antics.

While these might be extremes, here are seven tips for dealing with problem neighbors: 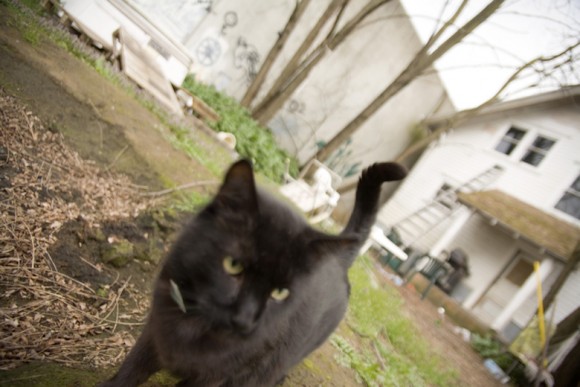 Better yet, if you don’t want to end up with a nightmare neighbor, how do you spot red flags BEFORE buying a house?

“I know buyers who refused to buy a home because of the neighbor,” said Elizabeth Weintraub, broker associate at Lyon Real Estate in Sacramento, Calif. “One of my agents was doing a home inspection and her clients were from India and wearing turbans. The next-door neighbor came out screaming and yelling about ‘towel heads,’ and he would make their lives miserable if they moved in. Needless to say, they did not buy that home.”

Weintraub agrees that’s a good idea. “The thing about neighbors is they have a tendency to tell you absolutely everything,” she said. “Even if it’s just hearsay, they’re going to blurt it out. It’s human nature… I always ask them, ‘What do you think of the other neighbors?’ If there’s a feud going on, you want to know about.”

Everything You Must Do When Moving Out of Your Apartment