Why do we save stuff we don’t use or need?

When SpareFoot posed this timeless question to people in the U.S., a whopping 94% of respondents had a ready answer – or excuse, as the case may be.

The top excuses were:

How do these excuses compare with what counselors hear when attempting to help problem packrats, from the chronically disorganized (CD) to those with obsessive-compulsive disorder (OCD) to the worst-case scenario, those afflicted with hoarding disorder?

“I definitely hear all of those excuses in my line of work,” said Matt Paxton, founder of Virginia-based Clutter Cleaner and host of the reality TV show Hoarders. “In hoarder houses, the mess is bigger, but the emotions and reasons are exactly the same.”

In fact, Paxton readily cops to the number one excuse himself as he teaches others about hoarding disorder.

“In my classes, I show a picture of my closet; there are 30 pairs of pants in there and only three fit currently, so 90 percent don’t,” he said. “Why do I keep them? One, I’m hopeful that I’m going to get back into shape, and if I do, I’ll fit back into those again, and two, I actually spent a lot of money on them. But I’m a 36 (waist). Am I really going to wear a size 28? It just ain’t gonna to happen.”

So why do 6 in 10 of us harbor the same unrealistic illusion?

“Some of those pants bring back when times were easier, when I didn’t have kids or a business or a mortgage,” he explained. “They make me remember something positive.”

Washington state organizing coach Terina Bainter agrees: the future-use excuse actually connects us to the past. What we fail to recognize is the damage that illusion does to our present.

“Either the items are helping you and bringing you ease and comfort and joy, or they’re causing stress in your life; it’s one or the other,” she explained. “If the item is not being helpful, is it truly worth letting it be a hindrance?”

Find storage unit discounts near you

Professional organizer Shawndra Holmberg was surprised that half the respondents cited sentimental reasons for holding onto useless stuff.

“I would have expected that to be slightly higher,” she said. “A lot of people store furniture from their parents or grandparents because it doesn’t fit with their style, but they feel bad about giving it up or selling it.”

It’s an excuse that Linda Samuels, president of the Institute for Challenging Disorganization, hears a lot.

“People often think of an object as part of who they are. That could be the history of who they are, and in some cases, they may be the only one holding up that history,” she said. “They often ask, ‘Am I throwing away my past? Are people going to forget?’ That’s a tough one.” 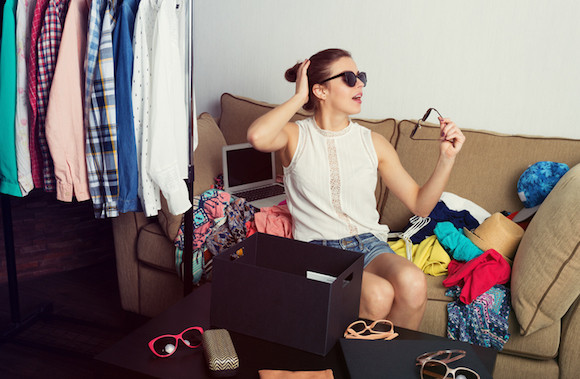 Planning to sell might make sense if the item in question is midcentury modern furniture or signed by a guy named Van Gogh. But many times, what we consider antique would more aptly be termed obsolete.

Guilt in disposing of what others would consider useless clutter typically masks either an emotional attachment or an inability to make a decision at all.

“When sorting, clients often ask me, ‘Is it OK for me to let it go?’ They want to, but they want permission,” Samuels explained. “Of course, it’s their decision, and we will ask them many questions before they actually decide. But very often, it’s a very precarious balance between holding on and letting go.” 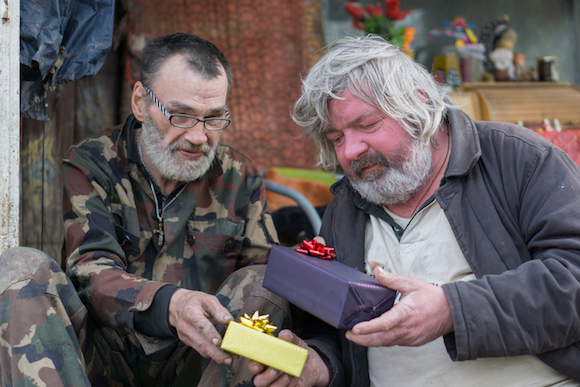 Like the “I’ll-find-a-use-for-it excuse”, the “it’ll-make-a-great-gift excuse” chains us to an unlikely future.

“While you might be able to fix it up as a gift, is it worth your time?” Holmberg asked. “For what it cost you to store it, you could probably get something much newer and better.”