If you’re in a relationship, your significant other probably thinks you’re a keeper but may feel differently about your stuff.

Chances are, your love would unfeelingly chuck your precious box of old letters, shelf of knickknacks or plastic tub of childhood teddy bears if he or she could get away that move, a new survey shows.

In fact, the survey by SpareFoot found that a whopping 90 percent of Americans in a relationship admit that if they knew there would be no consequences, they’d get rid of some of their significant other’s possessions.

On average, in that ideal scenario, Americans in a relationship would junk 27 percent of their significant other’s belongings, the survey found. 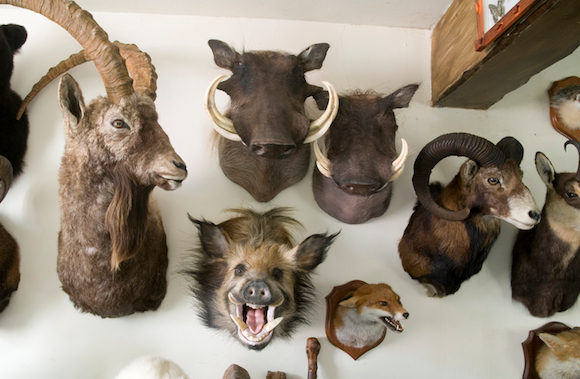 I Love You, But Not Your Stuff

“People have different styles when it comes to clutter,” said Edward Hallowell, a New York City psychiatrist and best selling author, “For some people, clutter is just unacceptable — it’s disgusting and revolting — whereas for others, getting all neat and tidy is repressive.”

So, it’s no surprise that some people in relationships decide to take clutter matters into their own hands. In fact 56 percent of American men and 38 percent of women say they frequently have to stop their significant other from throwing out things they want to keep, the survey found.

An Indianapolis brand strategy director and devoted neatnik, Jesse Ghiorzi admits he’s thrown out stuff his wife Chelsi wanted to keep — mostly papers — but it didn’t cause a catastrophe.

“I’m sure we’ve not been able to return an item because I tossed the receipt, or missed out on some Extra Bucks at CVS,” he said. 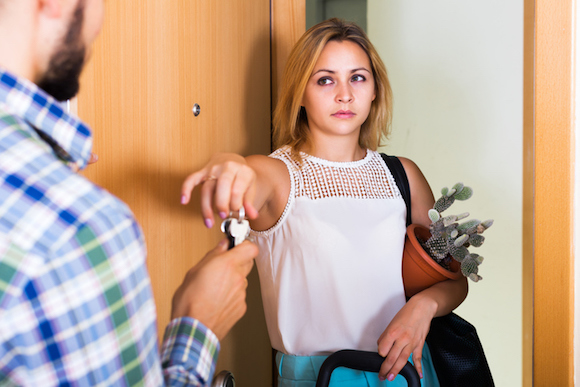 Gonna Take My Things and Go

But when tossing stuff crosses the line into items that are important to the other person, it can lead to relationship trouble. In fact one in three Americans (34 percent) and nearly half of millennials (49 percent) said they would break up with someone if that person got rid of a sentimental item they owned.

Throwing out something that’s meaningful to someone can lead to discussions about respect in the relationship, said Esther Boykin, a licensed marriage and family therapist, author and host of the podcast With That Being Said.

“It’s never a good idea to go behind a partner’s back and get rid of something,” she said. 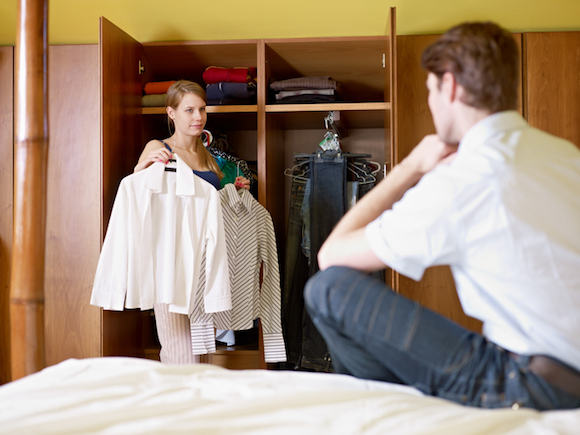 If you’ve got clutter issues causing chaos in your relationship, here are 5 tips on how to work together to fix the problem: