Brad Warner knew all about the history of the haunted Morgan Mansion when he and his wife bought the century-old former mortuary and inn in Dunsmuir, CA at auction back in 2010.

In fact, it was precisely its paranormal pedigree that made the four-story, 9,000-square-foot home, complete with chapel and vintage embalming room, ripe for a remodel into a haunted “dead and breakfast,” all the rage with aficionados of the “dark tourism” craze. Did I mention the casket in the basement with the skeletal remains of a 17-year-old girl?

But knowing about the mortician who died there, the ghost-hunting crews that filmed there and The Mortician’s Wife trilogy of scary novels inspired by the place all paled in comparison to the couple’s first-hand encounter with its not-quite-departed presences.

“There were a number of incidents. In one, we had doors slam, Internet and computers all shut down and our wood fire would go down to nothing, all in a split second. In another, my wife was in the second-floor bathroom and saw the image of a hand slam against the glass bathroom door, leaving an image,” Warner recalled. “My wife wanted to sell the place right away and move out.”

Five years later, they put the mansion up for sale.

What Would You Do?

The “dark tourism” trend notwithstanding, renting a haunted house or apartment can be problematic in several respects: 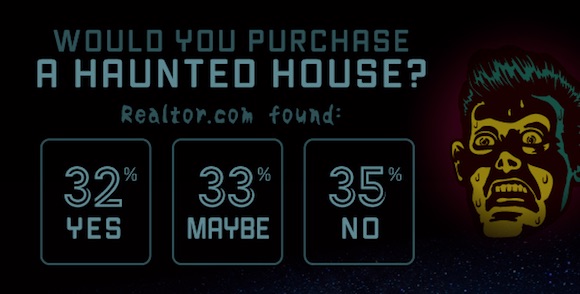 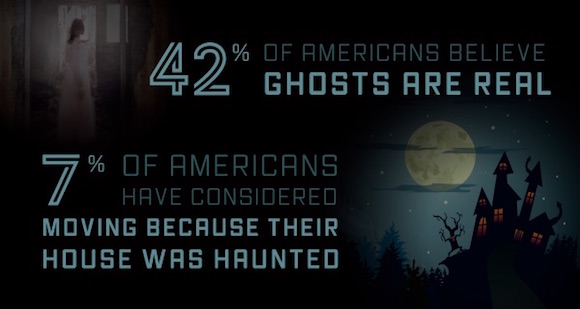 Who You Gonna Call?

When the going gets weird, you could call the Energy Shifter team of Sharon Sinclair and Larry Hitchcock, who teach and conduct spiritual house “clearing” and home healing from their base in Happy Valley, OR.

Sinclair says she acquired the ability to communicate with ghosts and spirits after three near-death experiences before age 17, while Hitchcock taps into ancient shamanism to rid homes of haunts.

The Energy Shifters tour a residence using their client’s experiences and their own perceptions as guides in order to establish contact with the disembodied spirit. While Sinclair has seen a couple of spirits, she’s more apt to sense their presence through smell and changes in temperature. 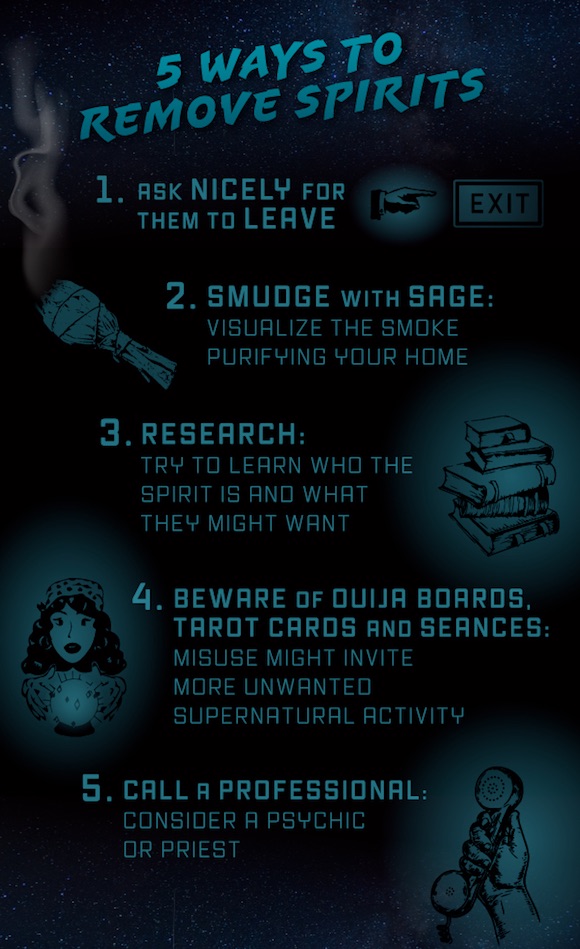 She knows she’s made contact when thoughts or songs suddenly enter her mind. Oftentimes, the ghost is a longtime resident who doesn’t know they’ve passed or even where they are exactly.

“These are people who loved this place,” Hitchcock explained. “And because they want reassurance, because they don’t know exactly where they are, they like to have repeated familiar things that make them comfortable.”

The solutions usually fall far short of the Hollywood version.

“I’ve had spirits ask for spaghetti dinners and ‘String of Pearls’ played by Benny Goodman,” Sinclair said. “We get a lot of musical requests.”

The Energy Shifters website offers plenty of shamanistic and Feng Shui DIY tips, from burning sage leaves to salting doorways. Unfortunately, renters may have to foot the bill to hire a clearing service if those remedies don’t quiet the riot.

“Most of the time, the renters pay for us, not the landlords,” Sinclair said.

Getting Out of a Haunted House

If you weren’t told of a haunting and your otherworldly guests refuse to move out, then you should, advises real estate broker Cindi Hagley of The Hagley Group and its haunted house subsidiary, Past Life Homes, in San Ramon, CA.

“Ask your landlord to let you out, and if they don’t and it’s affecting your wellbeing, I would move, and then challenge that in court,” she said. “I would think the renter would probably win.”

Roy Condrey’s chills began after he purchased two homes as income property in Chapin, SC. A midnight text from one of his renters asking, “Do you know your house is haunted?” prompted him to check into the background of his rentals.

He discovered that two previous owners in one home had died due to complications from AIDS.

“That led me to look into the laws. I mean, shouldn’t that have been disclosed?” Condrey asked. “But no, it’s not. There are a lot of laws written in a lot of states, but they’re not worth the ink they’re written with. They say that if the buyer asks the seller and the seller knows, they should tell the truth, but no legal action can be held against them if they don’t. So most people are going to hold onto that information.” 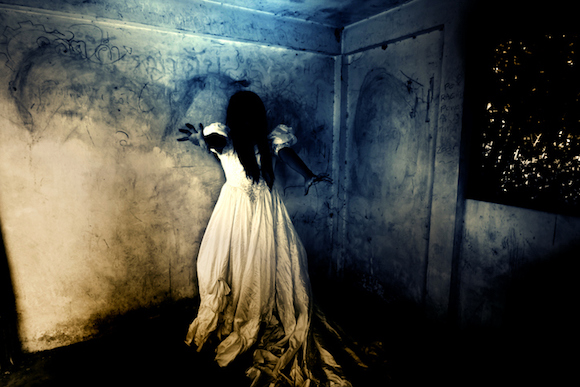 Do Your Research First

To help spare other homebuyers from the same surprise, Condrey created DiedInHouse.com, the first nationwide online resource that connects users with the death records of specific addresses. So far, the site has sold more than 70,000 reports and expanded them to include fire-related incidents, meth house activity and sex offender registry.

While Condrey admits he’s no expert on how houses become haunted, research suggests that homes where murders and suicides occurred stand a better chance of paranormal activity. Informing a potential buyer of a home’s past may save them more than midnight goosebumps.

“If you can use this information as leverage to get a discounted sales price or rent, why not?” he said.

After all, it could be haunted!

Continue you on if you dare for more Strange But True Facts About Haunted Houses.

The 5 Best RVs For Full-Time Living

Which is Better For Moving: Plastic Containers or Cardboard Boxes?