If you are like most pet owners, you love your pet a lot. You might think your pet is the cutest, most well-behaved, funniest, and smartest one around and that they are meant for stardom.

There are two paths to making your pet a star — one is through social media, and the other is through TV or film work. And often, you’ll need to choose just one.

“If you do post pictures of your pet on social media I’m less likely to work with you,” says Animal Talent Agent Traci Murdoch. “I don’t care how pretty your pet looks, if they can’t perform with an elephant in the background or a jackhammer going, it won’t work.”

With that in mind, here are some tips for getting your pet into show business (film and print specifically): 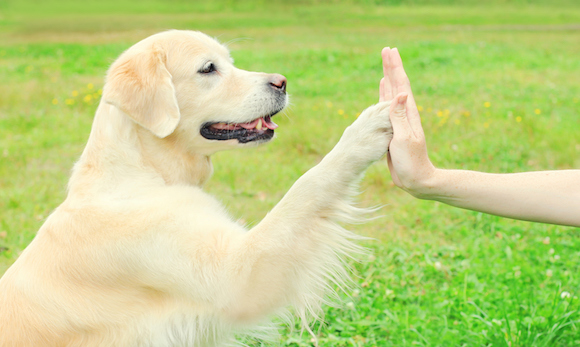 Murdoch teaches a workshop that covers everything owners need to know on-set, how to teach the dog what they need to know, and some of the most-requested behaviors. She draws from this pool first for casting calls.

While it’s easier for the owner if a dog starts training when they’re a puppy, and age can stop some dogs from doing all the behaviors they need to do, dogs of all ages can get into show business if they are trained. Murdoch says there are special hair dyes and colored chalk that can be used to cover up the white around a muzzle in an aging dog.

Don’t Do It for the Money

Pets and their trainers can expect to earn anywhere from $50-$75 for the time they’re on set. Many will also do independent or low-budget films that don’t pay anything or pay very little to provide the pets with some on-camera experience. 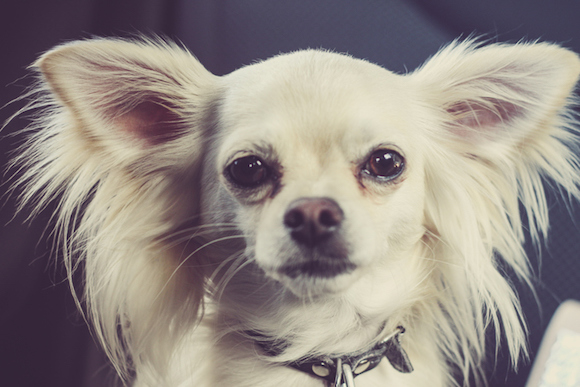 What Dogs are in High Demand?

There’s a wide variety of looks that get cast, Murdoch said. Some dogs don’t get a lot of work because their look is so specific.

Murdoch gives Whippets as an example of a look that’s so sharp and structural that they don’t work for most shoots — but she says that Neiman Marcus loves them. Sometimes there’s a bias in terms of what the director wants or the type of pet they had in their childhood.

Does the Sex Matter?

According to Murdoch, it generally doesn’t — unless you can, ahem, see their private bits in the shot. It’s not uncommon for female dogs to play a male and vice versa. For example, in SpareFoot’s recent SparePups video series, the dog that played Grady, the husband character, was a female Border Collie named Meg.

This depends on the market. In New York City and Los Angeles, there are people who train cats full-time. If you live somewhere else, call your local pet agent and find out if they need cats and what behaviors they’re looking for. 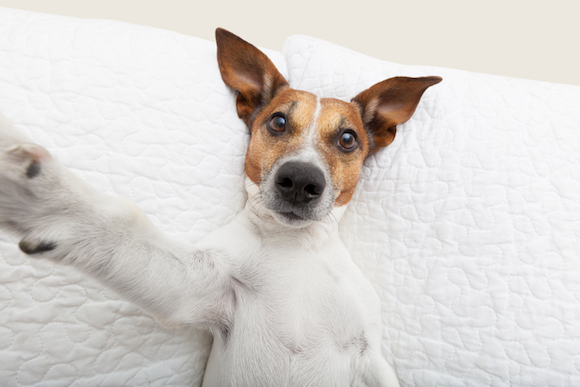 What if you’re interested in making your pet a social media star? Here are some tips from some of social media’s most prestigious pet owners:

Rafael Mantesso, who with his bull terrier Jimmy, has over 600 thousand followers on instagram, has published a book, created a collection for Jimmy Choo, and won a Webby. He says that the most important thing is to be original. “There are thousands of people trying to make their pets stars,” he says. “Make things that are beautiful — everyone loves beauty.”

Mantesso creates and posts a new image of Jimmy two to three times a week. At some point, Ashton Kutcher shared one of Mantesso’s images and that propelled their following forward quite a bit.

Varisiri Methachittipan (aka Pookie), who is mom to Nala the cat (over 3 million followers), recommends finding the right hashtags on Instagram to reach the target market. One tip is to check out what hashtags similar accounts are using.

Here at SpareFoot, we use the #SparePups hashtag whenever we share a pic of one of the pups employees bring with them to the office. It’s a great way to quickly see all of our dog-related content in one place. We’ll usually couple that with other hashtags that have more broad appeal.

Both Mantesso and Pookie stress that the most important thing is to enjoy the process yourself and to make it fun for your pet. “Don’t forget that loving your pet is the priority,” Pookie says.

How Do You Know When You’ve Made It?

Pookie says there really isn’t a magic number. “Once you get the email…you will know that you have arrived.”

How to Organize Your Home For a Socially-Distanced Thanksgiving

Staging a Home to Sell During the COVID-19 Pandemic

How to Declutter a Kid’s Bedroom

18 Things to Rid of Before Moving to Your New Home