She’s known as “The Junkster” on Storage Wars for her knack of turning “junk” into pieces of art.

Now in her fifth season on the popular A&E Network show, Mary Padian—the eccentric, free-spirited storeowner of Mary’s Finds—says it’s “surreal” to be on a hit reality TV show, but she loves her job of finding “cool, one-of-a-kind stuff.”

“People don’t know this, but I’m actually a very shy person until I get to know somebody and then I feel comfortable enough to act crazy,” Padian says. “[The cast and crew on Storage Wars] are all like brothers to me now, which is awesome, and I forget the cameras are even there because we’re all like family now.”

You can watch Padian’s return to the storage auction grind when the season 10 premiere of Storage Wars airs April 12 at 9PM ET.

Padian’s journey to Storage Wars—like her life—has involved some unusual twists from growing up as one of dozens of first cousins in Texas, becoming assistant editor at Architectural Digest magazine and then a reality TV star on Storage Wars. 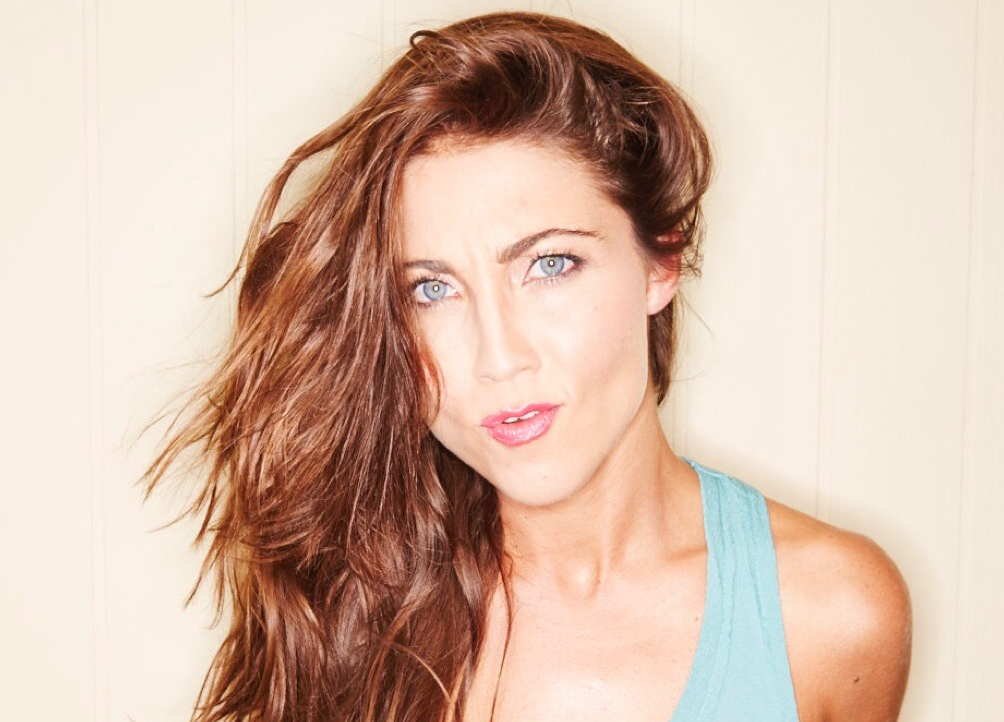 Padian was born in Dallas, Texas in 1980 to John and Teresa Padian. She gained an early interest in looking for “treasures” from her father, a businessman who operates a scrap metal recycling firm.

“I’m the oldest grandchild of 42 first cousins,” Padian says. “Both of my parents have eight brothers and sisters, and we’re all very close, especially on my dad’s side. They all live within blocks of each other, and my dad has his own business called JP Transmission Salvage. He started from the ground up selling scrap metal and now he does really well and works hard. He handles big furnaces and melts transmissions into ton bricks and ships them overseas and stuff. My mom is a housewife.”

During her senior year in high school, Padian worked as an intern for D Home Magazine. She attended the University of Texas at Austin and graduated with a degree in photojournalism in 2003. Afterward, she moved to New York City.

“I didn’t have a job or anything, but I knew I wanted to be in magazines,” she says. “I went out every day and hand delivered my resume, and a year later I got a job with Architectural Digest magazine. I apprenticed with the editor-in-chief [Paige Rense]. She was 76 when I first started working for her. She started that magazine. She’s amazing. She taught me everything. After that, I became assistant editor and then I started doing a section for them called ‘Mary’s Finds.’”

She produced videos for the online magazine to teach people how to make and find furniture with “great designs, but affordable.”

But when Rense retired in 2010, Padian decided to move back to Texas and use what she learned to open a shop featuring antique and refurbished furniture and other home decoration “treasures.” The business is called Mary’s Finds and features an “eclectic mix of found treasurers refurbished or untouched.” The business features one-of-a-kind pieces that Padian has found scouring thrift stores, going through storage units and attending estate sales.

Padian told herself she’d run the business for two years and if it didn’t make money, or she became “worn out,” that she’d close it down. But two days after deciding to close, a woman came into the store that changed her life.

“A producer walked in on a break from filming down the street, which I didn’t know at the time,” Padian says. “She just came in, and the best thing she did is she didn’t say who she was. She just said, ‘Do you pick all this stuff out?’ And, you know, I was thinking, ‘Yeah, take it all away because I’m going to close.’ And then she came back the next day and she said, ‘You know, actually, I’m a producer [filming a show] down the street.’”

She asked Padian to do a “how to” for their website.

“I just thought that was it, but it turned out that was my interview,” Padian says. “I guess it’s because she knew that if she would have asked me to be on a reality show I would have been like, ‘Yeah, right.’ Then I was on the Storage Wars: Texas show [beginning in 2012]. I kept my store open then, and then the Texas show ended, and they asked me to come to California. I said, ‘Why not?’ and so I’m out here now. That’s kind of it in a nutshell.”

On Storage Wars, Padian found a new way of acquiring furniture by bidding on storage units. Padian says she bids on storage lockers and uses her creativity to think of unique ways to use the items.

Now, several years after first appearing on Storage Wars, Padian says the “whole thing is surreal to me because I wasn’t looking to be on TV.”

During her time on the show, she’s had a number of fascinating experiences, and found quite a few interesting items to sell via Mary’s Finds, now an online business. Most of the items for sale are from the plethora of storage lockers she’s acquired on Storage Wars.

“The stuff we’ve found in storage lockers is crazy,” Padian says. “It’s crazy what people keep and what’s important to them. That’s the most interesting thing to me. Like this one lady had a shelf that she had built and it had all these urns of all her pets, and her ex-husbands.”

One of the most unusual items Padian discovered is a ceramic grenade from the Byzantine Empire.

“I found out that when they would throw the grenade it would break and cause a fire,” Padian says. “You couldn’t put out the fire with water. Nothing would make the fire go out, and so to this day they still haven’t been able to replicate whatever the substance is they used inside there.”

“Those are cool and are worth like $3,000 for the pair, but it’s hard to sell them because who needs camel saddles? It’s cool, but what the heck do you do with them?”

But the most heartfelt treasure Padian has found involves an old trunk.

“In this one unit, there was all this World War II stuff in this old, old trunk,” Padian says. “It even had a pack of Kool cigarettes that had never been opened, this little harmonica, all these Bibles, and it was full of like 1,000 letters that he wrote to his wife every day. Every single one started out with, ‘My dearest sweet…’ I stayed up one night and was reading some of these. It was so sweet of a romance. I mean, I love that stuff.”