Professional sports teams move for the same reasons we all do: better digs, larger market and/or greater earning potential. Unfortunately, when teams move, fans are often left to wonder why. 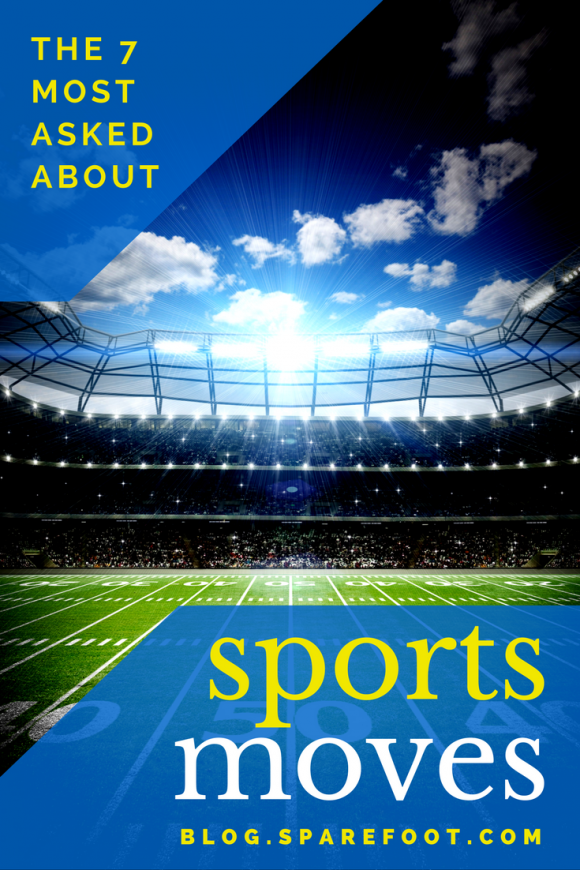 Here’s the down low on seven out-of-the-park sports moves:

Why Did the Rams Leave Los Angeles and Why Are They Returning?

For nearly 50 years (1946-1994), the Rams reigned as SoCal’s elite NFL franchise, winning seven straight NFC West championships between 1973-79. But when the team hit the skids, owner Georgia Frontiere shuffled them in 1995 to St. Louis, which welcomed them by building the Trans World Dome (now called the Dome at America’s Center).

Last year, the Rams returned to Los Angeles and their longtime home, the L.A. Coliseum, as part of a SoCal sports revival. Ironically, they’ll share the new Los Angeles Stadium at Hollywood Park in the 2019 season with their longtime SoCal rivals, the (once San Diego) Chargers.

Why Did the Minnesota North Stars Move to Dallas?

For Minnesota hockey fans, the 1993 relocation of the North Stars to Dallas was unconscionable. I mean, Texas? Really?

On this day in 1983, the Minnesota North Stars used the first overall selection to draft Brian Lawton #tbt pic.twitter.com/Br7wedaTzX

Unfortunately, when Minnesota’s NHL team of 25 years hit the skids (fans renamed them the No Stars) and promised upgrades to the Met Center stalled, the North Stars were southbound. What was worse, the renamed Dallas Stars went on to win the franchise’s first Stanley Cup in 1999.

“It hurt,” wrote USA Today sports columnist Nate Scott. “It had to hurt.”

Fortunately, the Minnesota Wild swept into St. Paul in 2000 to stop the sobbing.

What Caused the Houston Astros to Move From the National to the American League?

When businessman Jim Crane received MLB approval to buy the Astros in 2011, he shaved $70 million off the $680 million purchase price by agreeing to move the franchise from the National League Central to the American League West in 2013.

Why the discount? Because the move put the Astros in the same division as the Texas Rangers, with a potential hit to the Astros’ TV ratings. The leap benefitted baseball by evening up the teams to 5 in each division and ushering in a wild card playoff, upping the number of teams in post-season play from 4 to 5 for each league.

Where Did the Arizona Cardinals Move From?

Arizona, long envious of those SoCal NFL teams, landed one of its own in 1988 when owner Bill Bidwell moved the Cardinals to the Phoenix suburb of Tempe. Prior to becoming snowbirds, the Cardinals spent 28 seasons in St. Louis, where they went by the nickname Big Red to avoid confusion with the city’s MLB Cardinals. All told, the Cardinals have won two NFL championships, in 1925 and 1947, while based in Chicago, where they were founded in 1898.

Got to meet one of my internet BFFE, @ZachhhVK , this weekend in Phoenix. Now one of my actual BFFE. Also stopped by @AZCardinals stadium pic.twitter.com/vTaW4Qu3WX

What is it With St. Louis Anyway?

When it comes to sports franchises blowing town, St. Louis ranks as the biggest loser, having bid adieu to their fourth pro team in 2016 when their Super Bowl champion Rams returned to L.A. “All four of the teams that have left St. Louis, by the way, had moved there from some other city,” notes Sports on Earth’s Joe DeLessio. “Turnabout, in the cruel world of franchise relocation, is fair game.”

How Did the Boston Celtics Help the Buffalo Braves Become the San Diego Clippers?

OK, this gets complicated. When a lawsuit by the City of Buffalo prevented owner Paul Snyder from moving the NBA Braves in 1976, he sold half his interest to ABA team owner John Y. Brown. Two years later, Brown approached Boston Celtics owner and SoCal native Lev Irvin, offering to swap the Braves for the Celtics so Irvin could dunk a second NBA team in Cali. Irvin agreed and the Braves became the Clippers.

“No other team has been traded by its owner, just so it could be moved out of town,” observed Bleacher Report’s Chad Underwood.

Why Did the Seattle Supersonics Become the Oklahoma City Thunder?

Yes, it still rankles this Seattle native and millions of Northwest Sonics fans that the Jet City’s first professional powerhouse and beloved 1979 NBA champs were shuffled out of town in 2008 by new owner and OKC businessman Clay Bennett without so much as a high five.

The shock left us chanting el-like: “On (Dennis) Johnson, on (Gus) Williams, on (Paul) Silas and (Jack) Sikma. Kevin Durant and Russell Westbrook? We hardly knew ya!”

Bleacher Report nailed it: “The most recent, deceitful and heartbreaking franchise relocation in professional sports history.”