After the movers drive away from your new home and you’re perched on a pile of moving boxes, you’ll face a tough decision: What should I unpack first?

A recent SpareFoot survey asked people which rooms they’d unpack and set up first when moving  to a new house or apartment to make it feel “like home.” 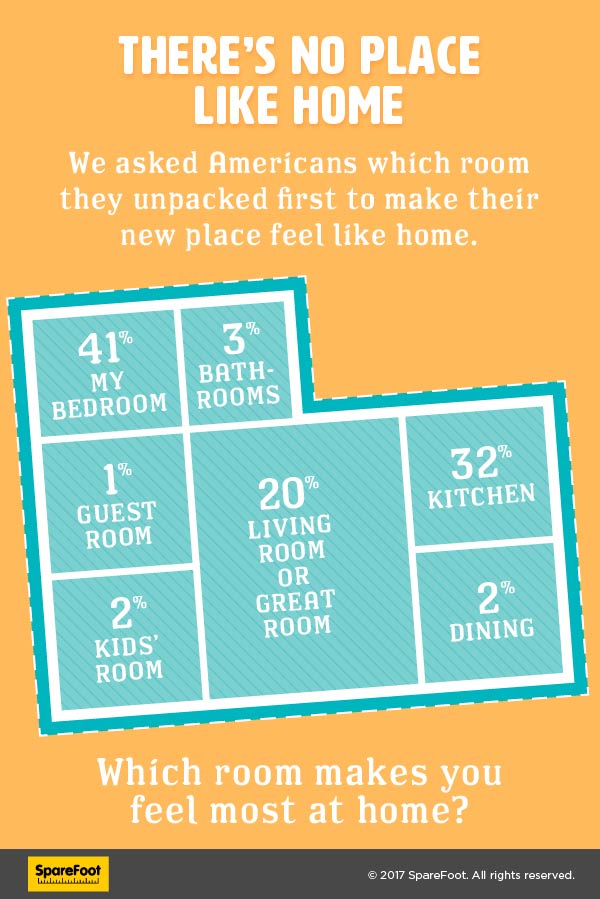 So, why do people choose to dig into moving boxes for these rooms first?

Sparefoot reached out to professional organizers and people who’ve had to unpack an entire household when they relocated to find out why.

Here’s what they told us:

In the midst of a hectic move, you’ll need stamina and a sharp mind from a good night’s sleep, says Schae Lewis, co-founder of Mission 2 Organize.

“Have your bed set up from the get-go,” says Lewis.

Mark boxes with bed sheets in it as “open first.” At the end of a long day, crawl in and rejuvenate.

“Being able to go to bed and rest is important when traveling,” says Gee. “Unpacking pajamas, toiletries, and towels also lessens a feeling of being uprooted.”

“They’re often too young to know what moving entails and want to know if all of their stuff is really coming,” says Ellis. “When kids are happy, parents are happy.”

“Moving is a lot of work and burns a lot of energy so make sure you have easy access to snacks and beverages,” says Winberg.

Because the kitchen is the “heart of the home, you and your family members will gravitate toward that room frequently on moving day, says Marty Basher, a home organization expert. Hook up appliances, plug in the coffee maker, and pull out out utensils, dishes and cookware for basic eating and drinking.

Be smart about where you place items you’re unpacking. It’s better to take time to consider where things will go rather than just shoving dishes and pans haphazardly into cupboards and drawers and having to rearrange later. 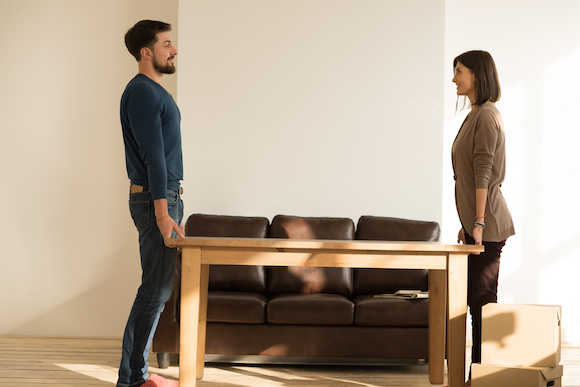 “The sofa mirror will look odd if it’s not hung over the sofa, so planning is essential,” Basher says.

Unpacking the bedroom, kitchen and living room first is a matter of needing creature comforts, says Janet Schiesl, a professional organizer. However, if you have children, set the living room up as soon as possible for a “sense of normalcy,” she says.

Internet access and television helped Eva Doyle of Columbia, MD, and her family adjust when they relocated. A set-up living room offers a place to sit, relax and feel “more normal” during a move, especially if your TV is up and running so you’ve got a connection to the outside world in a new place, she says.