Does your stuff drive you nuts? Welcome to the human race.

Based on our behavior alone, aliens would likely view us as a species of crazy packrats, showoffs, impulse buyers, clutter bugs, sentimental donors and conflicted heirs, with the occasional hoarder and tiny-house minimalist thrown in.

But evolutionary psychology has shown that humans share the same inner need from stuff: a sense of self. So it’s not surprising that psychological studies of our love/hate relationship with it have increased exponentially since the industrial age vastly expanded global access to consumer goods.

In 1932, Swiss child psychologist Jean Piaget observed that our baffling attachment to stuff begins at birth, when even a newborn will pitch a fit if relieved of its favorite binky. A later study found that children ages 3 to 6 prefer their favorite objects over exact copies, even bursting into tears at the offer. In adolescence, “transitional objects” such as clothing and first cars announce our nascent identities to the world.

“I think it’s natural across all cultures to have self-identity to belongings; they signify your status, social class, personal meanings and identities,” explains Catherine Roster, a professor of marketing at the University of New Mexico. “We personalize our spaces and our bodies by appropriating them with symbols and material artifacts that create and reflect our identity.” 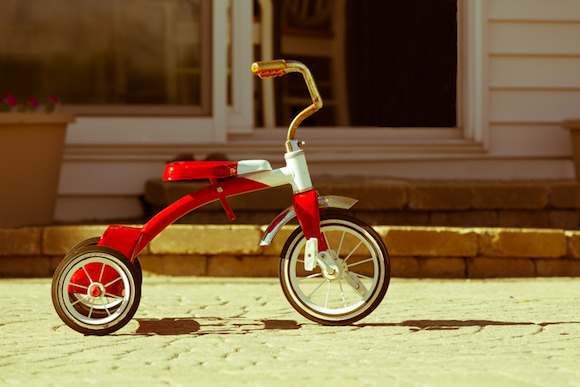 The Dark Side of Home

By adulthood, under the “self-completion” theory, our stuff tends to pivot to that often crazy-making internal-external dialog.

“How much we see our things as an extension of ourselves may depend in part in how confident we feel about who we are,” writes Christian Jarrett of The Psychologist, a UK website.

“Stuff makes home,” says Roster. “It’s not just the physical structure; it’s the stuff inside of it that transforms a house into a home. However, if you get too much stuff, you can actually erode that sense of security and connections with others, to where ‘home’ becomes more of a scary, depressing place that can affect your psychological wellbeing.”

What “stuff” of yours do you refuse to get rid of? We invite you to “show us your stuff” and share a photo or video of your favorite things with us. Check out the debut of our new web series “Show Us Your Stuff” for more details.

“What it comes down to is decision making. They don’t know what to do and they can’t make a decision,” says Lindsey. “A big part of a professional organizer’s life is helping people make a decision.” 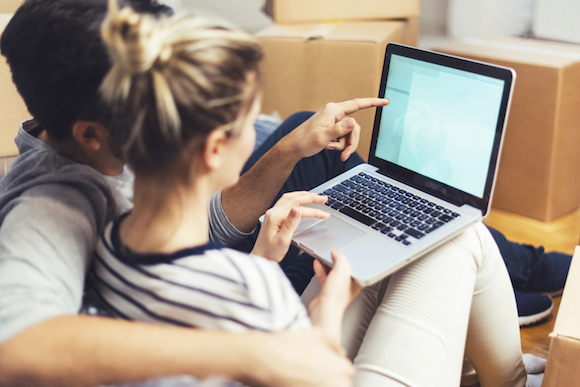 The Bright Side of Materialism

At a societal level, our struggle with stuff occasionally manifests itself in social movements. The children of the post-war baby boom publicly rejected their parents’ materialism with the hippie counterculture of the Sixties, only to double-down on stuff in midlife during the yuppie consumption of the Seventies and Eighties. A replay of sorts is currently underway as the tiny-house owning, Uber lift-taking millennials reject the stuff of their Generation X parents.

But a group headed up by marketing professor L.J. Shrum and his colleagues at the University of Texas at San Antonio suggests that materialism has gotten a bad rap of late. In their 2012 paper, “Reconceptualizing Materialism as Identity Goal Pursuits,” the group theorized that for some, materialism may be part of the identity cure, not a curse.

“It’s speculative. but what our research shows is that consumption that is intended to bolster an aspect of the self that is threatened can successfully restore the threatened self-concept,” Shrum explains.

“For example, when people feel threats to their feelings of intelligence (they don’t feel as smart as they would like to, relative to their ideal self), they will use products that are symbolic of success or mastery in the self-domain, such as a book on innovation. This is termed ‘compensatory consumption,’ meaning symbolic consumption in response to a self-threat. We were able to establish that the mere act of expressing a preference for the intelligence-related product restored their feelings of intelligence to baseline (pre-threat) levels.” 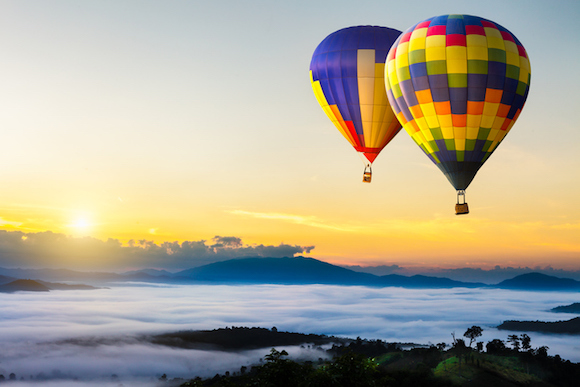 “I think there is a cultural shift, but I can’t point to data,” Shrum admits. “But I do know that service marketers are emphasizing experiential aspects of the service experience, whether from better equipment (beds, pillows, small touches) or offering experiential services (spa treatments, etc.).”

Roster praises the digital age with helping to elevate experiences over possessions.

“It’s a lot cooler to post a selfie in front of the Eiffel Tower on Instagram and capture those experiences, and in a way, you’re still defining your identity by saying, ‘Look how cool I am!’ It has a much more direct impact on who you are as a person,” she says. “The digitalization and the ability to share experiences is so much easier than having a dinner party to show off your new living room set. Possessions are physical and harder to show off.”

What’s the best way to avoid getting overstuffed? Our experts offer these tips: