Remember in The Wizard of Oz when Dorothy closed her eyes and calmly chanted, “There’s no place like home?” Easy for her to say, right? All she had to do was click her heels and poof, back in Kansas again.

For the rest of us, even the best home move can be a nerve-wracking, back-breaking, sleep-depriving marathon as we dodge and weave our way through the expected and unexpected hurdles that separate our former home from our future one. And, as we’ll see in these real-life home move horror stories, there are no magic slippers out there, whether you hire a moving crew or go the DIY route.

Remember when Dorothy’s house fell from the sky, crushing the Wicked Witch of the East? That’s how a lot of these folks felt when their home move turned into a nightmare. 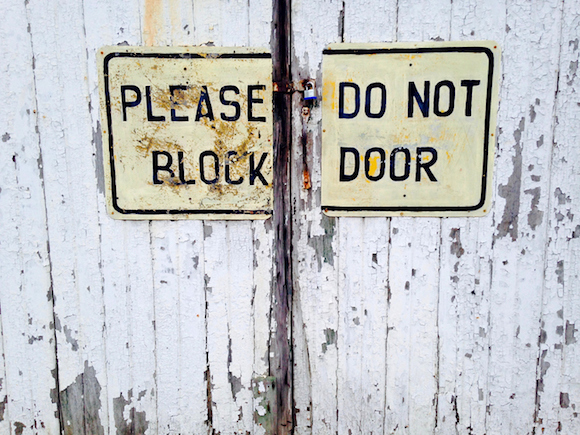 Let Me Outta This Place!

Sometimes it’s getting out of your former abode that proves most problematic. That was the case with Huffington Post Home editor Shana Ecker, who paid officials in jam-packed Hoboken, NJ to post “No Parking” signs for four hours outside her apartment so her moving truck could park and load.

“As the truck arrived, there were cars parked in our designated spots, totally disregarding the postings,” she relates. “So my moving day nightmare began by calling the police to tow the cars along with getting charged an extra two hours by the moving company who had to circle the block while they waited.” 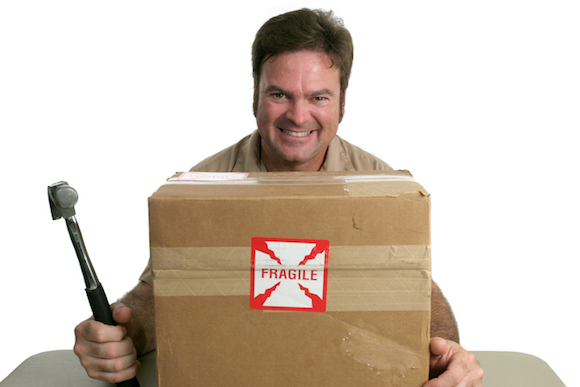 In most moves, time is money. Just ask Karl Johnson. He paid movers nearly $1,500 to move him from Florida to the Pacific Northwest, only to be stranded without his belongings in Seattle for six weeks until they showed up. It gets worse: these dudes had the gall to demand an additional $4,192 to complete delivery. He agreed to give them $3,000, only to find that half his home goods had been stolen or damaged.

New York mom Janis Isaman had it even worse, stranded for months with her toddler literally sleeping on the floor while she worried, called weekly and awaited delivery.

“When I got the final moving docket, I learned that my goods had been stuffed in a warehouse in Albany for months while they actively lied to me about how long it was going to take,” she said.

Then there are those awkward moves when outgoing and incoming residents collide. Those circumstances turned Ellie Krupnick’s New York apartment exit into an ordeal when her parents’ minivan broke down before she could move out.

“I freaked out, and we had to move everything I owned, all the boxes and bags and furniture, into my living room while the new person moved in,” she recalls. The kicker: because the place she moved was temporary, she had to repeat her family ordeal two weeks later.

Who Do You Trust with Your Stuff?

After a seemingly easy move, Kim Schlussman paid her movers as requested.

“It wasn’t until the next day that I realized all of my jewelry was taken from the drawer of my dresser,” she says. “I tried calling the moving company to complain, but they insisted they weren’t liable.”

Kellie Williams’ move from Washington to Oregon ended on a sour note.

“After uncrating the pieces of the grand piano, the movers scooped up all of the hardware, presented it to me in outstretched hands and asked, ‘Do you know how this goes together?’ ” she recalls.

“I ended up studying the parts and putting it back together myself, with the movers hoisting it upright once the legs were attached,” she says. “My piano is pretty special to me, and I wasn’t sure I even wanted them to touch it anymore.”

David Tobey knew well that Seattle can be very hilly. Unfortunately, when his movers chose to park on a steep hill to offload, he was too busy to notice that they hadn’t shoved chocks under the truck’s wheels.

“Suddenly I heard a terrible noise, like metal being dragged across a street, and saw a large object flying down the hill, followed by assorted debris and people running,” he says.

After the truck’s brakes failed, it careened downhill and damaged two cars before slamming into a guard rail, just shy of Interstate 5. Tobey paid full price for the move, despite the four-hour crash-induced delay and a truckload of broken belongings. 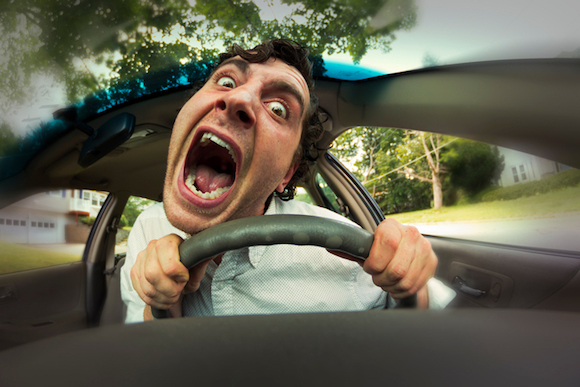 What’s the worst-case moving scenario, you ask? Let’s let Colleen Nichols of Portland, OR describe it.

“I was moving my car from Florida to Oregon so I found a company, paid the deposit, and scheduled the pickup. They. Never. Arrived. I had even spoken to them earlier that day, and they had said they were on the way. I never did hear from them again and, of course, my deposit was never seen again.”

How Can You Improve Your Move?

Here are a few tips to get you from here to there without the headaches.