But moving trucks weren’t always the big, massive box trucks that you see today. In fact (and you’ll know this if you’ve ever played Oregon Trail), moving across the country by wagon was the only way to go.

In the second installation of our series Stuff About Stuff, we’re tackling these moving behemoths to find out: Where did the idea of moving trucks come from, and how have they evolved over time? 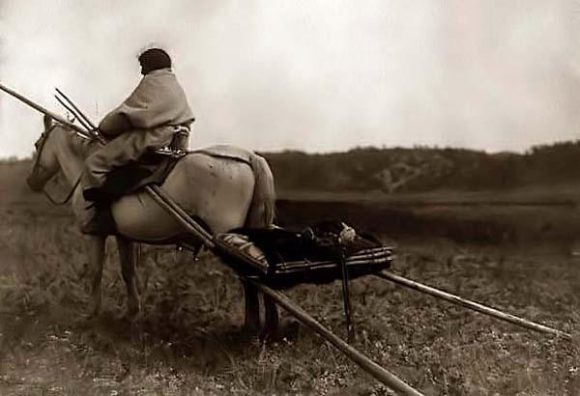 Long ago, moves were conducted on travois (a term coined by the French). Travois were made of two long poles and tied to a horse, a technique originated by the Plains Indians. A person’s belongings would be strung up between these poles and dragged along the ground for the move. Not glamorous, to say the least.

While it sounds tedious, this was a time in moving history when families moved often and owned few possessions. Once the agricultural age began to take over, moves became less frequent, which meant that moving techniques had to change as well.

As we began to accumulate more stuff throughout the agricultural period, we also moved less. During this time, the wheel, axel and cotter pin were invented, thus giving way to the wooden cart and wagon.

At the turn of the 19th Century, covered wagons became popular as a form of transportation and moving (again, shoutout to Oregon Trail!). The most prevalent wagon of this time was the Conestoga, which could carry as much as six tons. The Conestoga was ideal for carrying crops from farms to cities, but due to their cumbersome and heavy design, they did not adapt well for long-distance moves.

It’s worthy to note that Americans also traveled and moved by train, especially as railroads became more developed. People would pack their things into wagons and take them to warehouses located near the railroads. Moving companies would load their belongings onto rail cars and store them in warehouses at the destination. This may have been the very earliest example of what we conceive as a “moving company” in the U.S.

Motorized trucks soon entered the scene after wagons. These vehicles were two-axel trucks that ran on two-cylinder, air-cooled engines, and quickly replaced wagons and carts for moving personal items.

Moving in the 20th century

At the turn of the 20th century, the idea of transporting goods via motorized vehicles took off. This was the first instance of the enclosed moving truck, which offered protection from the elements for movers – something previously unheard of. In 1919, the combustion engine offered new access to transportation, ushering in the advent of the Ford TT trucks, which became a moving industry standard.

The flatbed truck reigned in the 1940s. These trucks did not have ramps, meaning that movers would typically have to rely on friends and family to load their belongings (not unlike what many of us in college). During this time, sturdier trucks like the Mack E model were also being introduced, which could handle heavier weight and higher volume capacities. This lined up perfectly with the emerging trend of American families purchasing more furniture and thus having more to move. Capitalizing on the trend, 29-year-old Leonard Shoen founded U-Haul in 1945 renting one-way trailers. You might have heard of them.

Moving trucks during this time began using 4 and 6 cylinder engines, which enabled them to carry more per move. Sometimes, tractor trailers were used to move large furniture sets.

During the beginning of the Baby Boomer generation, Americans moved towards the suburbs, which also caused a huge spike in moving company profits. The interstate system also emerged around this time. Moving became easier than ever! Because of the huge spike, moving companies had to briefly rely on rail cars for transporting goods.

In 1980, the trucking industry was deregulated by Congress, which caused the number of moving providers to increase to over twenty thousand. 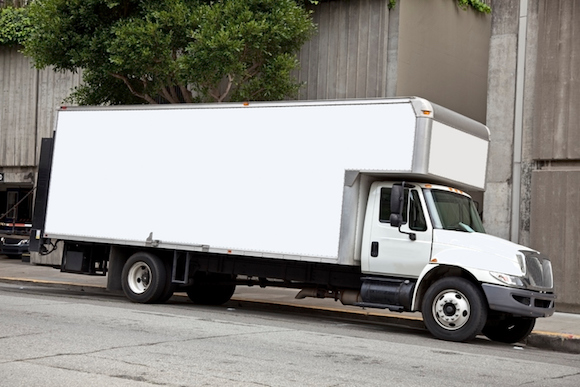 In the 2000s, the moving industry evolved their semi-trucks to include innovative hauling designs that allowed them to attach large shipping container. From there, we finish at the ubiquitous moving truck that you know and love.

The evolution of moving and moving trucks in America is one to marvel at – we came from humble beginnings of dragging our things on sticks, to full-blown freights that traverse highways, interstates and freeways. It’s kind of amazing to think about.

One thing is for sure, though: The moving truck and moving industry show no signs of stopping. Who knows how we will be transporting our goods in just 10 years?