Suddenly you find yourself sitting in your London apartment looking for a flat to rent in the city that never sleeps and you are instantly forced to breathe a do a quick reality check… you are moving to New York City. You will soon be saluting the characteristic grey skies of London; you will soon be waking up to a bunch of lights, traffic noises and outstanding skylines of a new city. The city of lights, right at your feet.

Even though it is hard to know how many Londoners decided to make the big move and jump on a plane to the other side of the Atlantic, there are over 678,000 British expats living in the US from which 120,000 of them live in New York. So chances are, you will probably bump into a fellow compatriot in the land of freedom.

But first, before you make the big move, there is some paperwork you might have to arrange. Moving from Europe to America is not as easy as moving around Europe. First of all, you will need a visa. Otherwise, you will only be allowed to stay in the country for a maximum of 90 days.

The most famous type of visa is the Green Card. These are given out through an online lottery system once a year. You can apply for a Green Card from outside the country as a private person and you may also qualify if one of your relatives already has one, or is a US citizen.

Other visa types include the Visa Waiver Program for those visiting for business or pleasure. However, anyone looking to emigrate to the US will need to apply for an Immigrant Visa, and once you enter, you will be put onto the Permanent Residence Card program. There are also visas for Returning Residents, and ‘K’ visas, for those who wish to marry US citizens.

Applying for these Visas (except the Green card lottery which is free of charge) might include some fees – starting at $379 (approx. £200).

When speaking about the rentals, the general rules for renting in the US will be similar to the UK. You are generally expected to pay a month’s rent in advance, plus an extra month as a deposit. In some cases, if you are renting through a state agency you will most likely be credit checked.

If this way sounds like too much of a hustle, there are other ways to avoid these long processes. Online platforms like Nestpick, for example, will allow you to search online for your next flat while you are still in London, pulling all the offers available on the market – from condos to apartments, from family homes to duplex style properties all around the city of New York.

The variety of cultures, vibrant neighbourhoods and different types of areas might overwhelm you in the beginning. So choose wisely before renting, according to what type of neighborhood you will feel most comfortable in. However, in terms of quality of life, New York is about to top London without a hint of a doubt. No more grey skies most of the year. New York has four incredible seasons and you will be able to enjoy them all.

When it comes to the cultural differences, You won’t encounter a great culture clash when moving from the UK to New York – after all, the language will still be the same, the legal system is also similar and even the shops and brands you will find on the high streets, will probably be the same as you are used to shop in London.

However, you might have to get used to the fact that ordering “a glass of water” anywhere in New York might become a whole adventure. You might want to start practicing against your mirror the phrase “Could I have a glass of waddah”.

Apart from this small detail, you won’t be missing much when it comes to food. New York has practically anything you can imagine at any time of the day. In London, the chances of having a nice dish after 11 pm are limited. In the Big Apple instead, the options are unlimited, never-ending well into the early hours.

Oh, and forget eating a slice of pizza with fork and knife, or at least until your next return to London.

Lastly but not less important, here is some data that will help you clear your mind regarding budgeting and costs of living in the Big Apple. In terms of apartment rentals, the standard single apartment would surround €1,711, meaning that you will be looking into a minimum salary of at least €5,898 in the case you were searching for a fully furnished apartment. A family home, on the other hand, would probably be rented around €3,038, forcing you to have an income of at least €10,477.

When it comes to basic utilities, the British capital would demand a monthly estimation of €178.85, whereas New Yorks monthly basic utilities would probably stand around €88.31. Moving on to another type of “basic needs”, a cappuccino in London would cost you around €2.23 and the cost of your daily dose of coffee in New York would be slightly higher – €3.35.

A meal for 2 could cost you approximately €55.89 in London and spending a nice evening in a nice restaurant in New York for two, would probably cost around €61.48. Lastly, a cinema ticket (or shall I say “the movies”) is arguably more expensive in our beloved London, €12.29 per person whereas, New Yorks average ticket should be around €8.94 per ticket.

What a great adventure you are about to begin. An(other) English man (or woman) in New York – Happy moving! 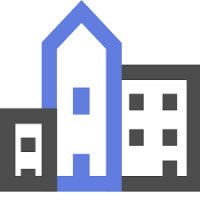 Nestpick is a free to use meta-search engine that helps people find furnished apartments for rent in more than 130 cities around the world. On Nestpick you can research among a wide range of furnished apartments, rooms and student accommodation. The aggregator is mainly aimed at expats and students looking for a mid to long term rental in a new city, or people that are considering relocation - on Nestpick in fact, you'll find lots of interesting information about each city, such as costs to expect when moving to the city, information about different areas of the city, and advice concerning student life in the city.
WebsiteTwitterFacebookLinkedInInstagram