As the sharing economy continues to gain momentum, renters are finding that they can save money in pricey urban areas by moving into shared housing.

The success of Uber vehicles and Airbnb vacation rentals has shown that the public is receptive to the idea of sharing resources to reduce costs. That level of comfort is now extending into living arrangements in the form of co-living spaces.

Co-living, the latest housing trend, enables tenants to spend less by renting individual bedrooms within apartment units. These renters typically share common areas, such as kitchens and living rooms, with other tenants.

The concept is being tried out in large urban areas where apartments are expensive, such as Washington, D.C., New York City, Seattle, and San Francisco. Co-living housing often is compared to college dormitories, where strangers are thrust together.

“This type of housing appeals to younger people with recent dorm experiences who typically don’t have children,” says Justin Pogue, a residential property manager in the San Francisco Bay Area.

A New Twist on an Old Idea 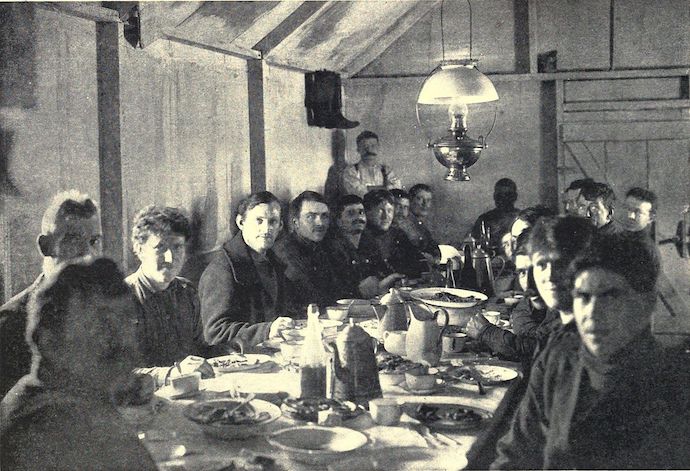 Co-living has strong appeal for millennials, the children of the baby boomers, notes Ryan Shear, principal at Property Markets Group (PMG), a company that develops co-living complexes. And where millennials go, the rest of the country often follows.

“At 75 million, millennials, now ages 21 to 37, are the largest working generation,” Shear says. “The places they choose to live are a sign of where the economy will grow.”

While “co-living” is a new term, the concept of shared living spaces is an old one. People who rent out a spare bedroom in a single-family home are engaging in a form of communal living. The rooming houses that were popular in the U.S. during the 19th and early 20th centuries were examples of reducing rental costs by offering tenants private bedrooms and shared common areas.

The idea is to modify apartments to accommodate more residents in co-living units. In some cases, the roommates may be selected by a landlord and required to sign individual rental agreements. Apartment managers may seek to bring tenants with similar interests together in the same unit.

The Benefits of Communal Living

Pogue says a willingness to share a home with strangers can give people access to expensive urban communities without facing the high cost of maintaining their own place. Co-living “results in shorter commutes, access to vibrant nightlife, and abundant retail with restaurants galore,” he explains.

Some co-living apartments come with cleaning services. This eases the pressure of sharing a home by making sure you don’t have to pick up after a messy roommate. There also may be private storage areas and private kitchen cabinets to make sharing an apartment more appealing. On the downside, co-living can mean giving up a great deal of privacy.

Sharing a home requires an adventurous spirit. If you move in with someone you don’t get along with very well, you probably won’t be happy no matter how much money you save. Differences can arise over such things as loud music or missing boxes of corn flakes. A common flashpoint is differences over cleanliness. Just think of the “The Odd Couple” TV show.

If you decide that co-living is something you’d like to try, make sure you understand your legal responsibilities and your rights as a tenant. Your rental agreement should have terms you can live with.

New York attorney David Reisher, CEO of LegalAdvice.com, says you’ll be taking a chance if you sign a lease that makes you liable if one of your roommates skips out without paying their rent. But most co-living arrangement circumvent this, because each tenant has an individual lease within the shared space. Still, you need to read your contract very carefully.

If you enter into a co-living arrangement that doesn’t allow you to choose your roommates, be sure to ask the landlord if you will be able to change apartments if conflicts surface.

Quarters to bring co-living spaces to more cities in the country! https://t.co/dHhvzEkwx3 pic.twitter.com/yQynOT8cpL

Florida architect Jacqueline Gonzalez Touzet, a founding principal of Touzet Studio, says the best way to find a good co-living situation is to chat with people who already live in such complexes. They can tell you the pros and cons of each building. You also can search online for reviews. Pay close attention to reviews that tell you how well co-living apartments are managed. Try to find out what kinds of amenities are offered.

In 2017, PMG became one of the first major developers to embrace the co-living market. Its apartment projects include lobbies that are designed to be social hubs for residents, complete with bars and restaurants. The idea is to make people feel like they’re part of a desirable community.

“Developers have definitely taken notice of the demand for co-living,” Shear says.

He notes that PMG has more than more than 10,000 units in the development pipeline across the U.S. They are expected to open over the next five years.

“We have projects currently open in Chicago and Miami, with planned communities in Fort Lauderdale, Denver, Phoenix, Oakland, and beyond,” he adds.

Not all co-living apartments are part of large complexes. Gonzalez says some have been opened in small brownstones. Units often are marketed to specific groups, such as graduate students, young professionals, or health enthusiasts. The idea is to attract and retain tenants who enjoy the company of like-minded people.

It’s too early to tell if the co-living trend will last. People who reside in such apartments gain cheaper rent and the opportunity to connect with people who share their home. However, the nearness to neighbors could be a turnoff for some renters. If you have to share a kitchen and a living room with strangers you don’t get along with, co-living could quickly lose its charm. All of that togetherness could turn out to be too much of a good thing.

On the other hand, buying a home and even renting an apartment in a major city like New York or San Francisco is still out of reach for millennials and members of Gen-Z. Which means communal living might be born out of necessity more so than a choice, at least in dense urban markets.

People who decide to try it out should think hard about how much how much they value their privacy. If you’re a highly social person who thrives on being around other people, co-living may be just the right thing to bridge the affordable housing gap.