There’s something incredibly soothing about a backyard oasis. But creating a park-like setting can require so much work that there’s no time left to relax. That’s why many home owners prefer to create a natural setting with low-maintenance landscaping ideas, which gives them more time to relax “in” their garden rather than tackling the hard work of actual gardening.

Here are four low-maintenance landscaping ideas, followed by a plan that any homeowner-who-prefers-to-relax-not-garden will love immediately.

The Right Kind Of Plants 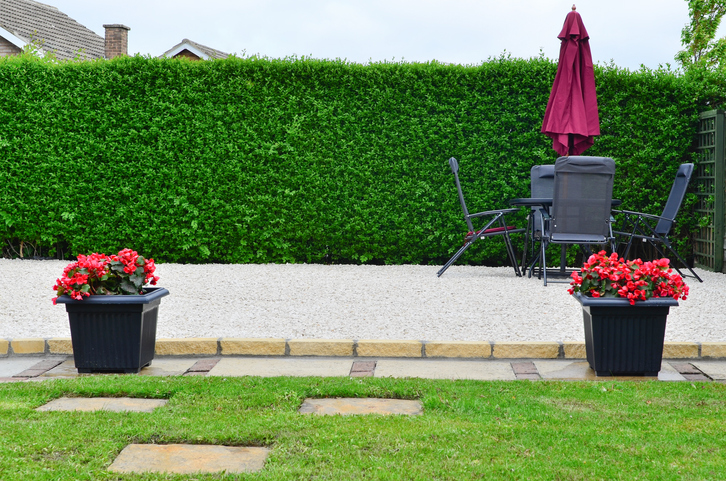 But that some come with built-in problems, from becoming catnip to critters to being prone to diseases that need to be handled. For example: “While arbor vitaes make beautiful evergreen ‘fences,’ deer see them as an open salad bar and will defoliate them as far up as their mouths can reach,” Shiroff says.

Instead, she recommends privets (Ligustrums) as a better choice. Even then, she adds that only specific ones will thrive in certain areas.

“Many privets along the east coast were wiped out some years back by a blight,” she says, recommending that homeowners look for the California Privet (for warmer areas) or Amur Privet (for cooler parts of the country), as they are hardier.

Flowering shrubs and trees are a great choice for color, since they typically only require an annual pruning and maybe some fertilizer.  However, steer clear of most roses, wisteria, young magnolias and weeping willows, she says.

“They all flaunt that rule and require quite a bit of patience and work,” Shiroff adds. 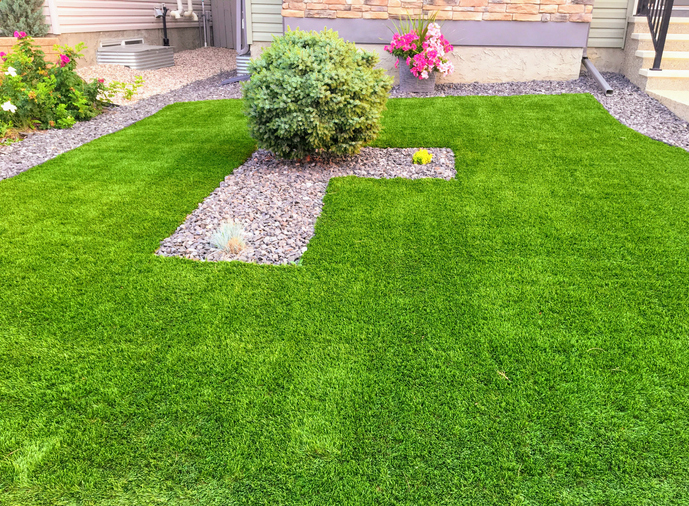 Don’t laugh…the quality of this material has increased greatly over the years; new types of synthetic turf were created specifically for homes, rather than sports fields, with longer blades that feel softer to the touch and more variation in the colors. Not only does it look more realistic than ever before, but it can save big on your water bills. Your only areas of maintenance will include taking care of occasional weeds and then brushing up heavily trafficked areas where you might end up with flat spots. 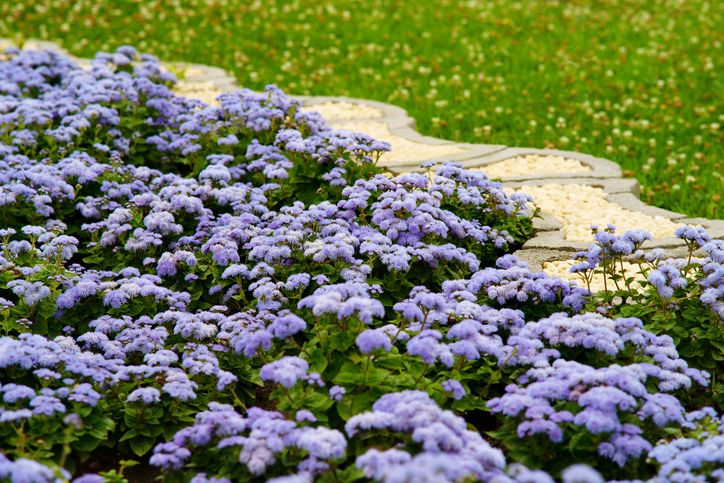 Perennials—so named because they come back every year—might be an obvious choice compared to annuals, but perennials can be tricky.

“While many seem as if they require little maintenance once planted, after a few years they will increase in size to the point where they will need to be dug up, divided and replanted to give themselves more room to grow,” Shiroff says.

Examples of plants apt to present this kind of headache include decorative grasses, day lilies, irises, daisies and black-eyed Susans. While almost all annuals require dead-heading to remain pretty, she says that ageratums need the least amount.

“Hardscaping” refers literally to the “hard” parts of landscaping, such as retaining walls, walkways, paved areas, etc.—typically made of materials like wood, stone and concrete. Basically it’s every feature in your backyard landscaping that isn’t plants.

But while patios and decks might immediately come to mind, there are other ways to use hardscaping in low-maintenance landscaping.  Shiroff cites a recent project where they converted a client’s flower bed that was in constant need of repair. It had originally been installed with a v-ditch edging covered with shredded wood mulch, but every time it rained, the mulch would flush out of the bed into the lawn—and not only was it messy but it would leave bare earth exposed around plantings.

“We installed a stone edging with drainage holes and replaced the mulch with river rocks. Both the edging and rocks will last for years,” she says.

“A good strategy would be to plant slow-growing evergreens such as juniper, Japanese yew or hollies in beds covered with river rock and a piece of tastefully chosen yard art for an accent piece.”