Whether you have an original Xbox, the latest Playstation, or a well-played Game Boy, maintaining video game systems requires a bit of work. If you keep some of your favorite games in storage during a move or set aside a console while waiting for a newer version of a game, you’ll want to check the storage conditions.

“To get the most use out of a video game console, it is important to store it and its accessories properly,” says Matt Woodley, founder of MoverFocus.com.

Follow these steps to make sure your video games and consoles are ready to play in the future:

1. Start With a Thorough Cleaning

Over time, dust can accumulate on consoles and games. If your favorite games are currently in a living room or game room and you want to store them, begin by removing any dust that has built up. Look at the ventilation grills on the body of the console and the contacts of video game cartridges.

“Use a small vacuum cleaner to clear out the excess dust,” says Jack Paxton, co-founder of VYPER who has been collecting consoles since the early SNES era.

Then use a soft cloth to wipe down the gaming console and controllers.

“Don’t use a wet cloth, which can possibly cause water to enter the console,” Paxton says.

For an in-depth scour, take a cotton swab and dip it in rubbing alcohol. Then use it to clean the game system and cables. Make sure the swab is damp and not dripping, as any liquid could ruin a beloved Nintendo or Atari.

For retro gaming systems like Sega and SNES, a deep clean may involve taking the console apart. If you’re comfortable disassembling the system, you can use a soft cloth and soft toothbrush to polish the interior. Then put the pieces together and finish by wiping down the exterior.

2. Get the Right Packaging

If you still have the original packaging for your Nintendo Switch, Playstation 4, Xbox one, or other game system, you can use it for storage. If you don’t, a bag designed to keep the console will work.

“Most laptop bags will do,” Paxton says.

You might also opt for an air tight plastic storage box.

“A handful of silica gel packets can be a wise investment for peace of mind for longer term storage,” says Samuel Franklin, lead editor and founder of Games Finder.

For battery-powered consoles like Game Boy, take out the batteries before storing to avoid leaking or degrading issues. For gaming consoles like Playstation and Wii U that have cables, disconnect the cables before packing everything.

Check that wires and cables from controllers and headsets are not tangled. Loop cords and secure them with a fastener to keep them from touching other parts.

Classic game cartridges should be kept in airtight plastic storage cases to keep them free of dust and corrosion. 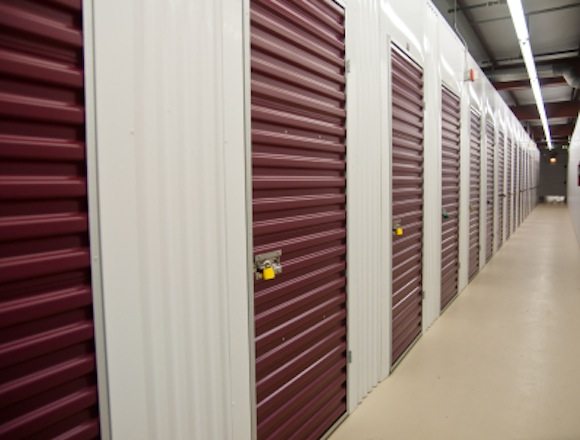 Extreme cold, heat and humidity can wreak havoc on Mario and friends.

“Your biggest storage enemy is the environment,” Franklin says.

If you live in a climate with extreme temperatures, avoid keeping video games and consoles in a garage, attic or outdoor shed.

If choosing a storage unit, look for one with climate control. For indoor storage, make sure the video game systems are in a clean, dry area. Choose a spot that doesn’t receive direct sunlight.

“Keeping the console at room temperature will enable you to get plenty of long term use out of it over time and extend its lifespan,” Woodley says.

Store boxes and bins holding video games on a shelf or in a drawer that doesn’t touch the ground to avoid water damage if there is a flood. Make sure there’s plenty of space between the consoles and other material being stored. Also check the items in the room, as you’ll want to keep game systems away from chemicals.

Over time, gaming consoles can fade in color, get dusty and corrode. Whether you’re storing an old console or new video games, take them out periodically. If possible, clean them every three to six months.

“This is a good opportunity to check on their condition to ensure they’re not deteriorating,” Woodley says.

If you notice rust, dirt or other signs of wear, check the storage area. You may need to move the systems to a drier, cooler or darker place.

5. Return Them to Use Properly

When taking your favorite games out of storage, keep in mind that they will need to be kept in the right condition in their next spot.

“Most TV stands have sections to place your consoles, DVD and Blu Ray players,” Paxton says. “However, these sections are usually closed off so that the TV stand looks neat and minimal. This raises a huge issue for ventilation as modern gaming consoles can run rather hot.”

Look for a TV stand that has an open back or sides to encourage air movement and prevent overheating. Before taking a trip or vacation, set the temperature in the room to avoid extreme cold or heat while you’re away.

6. Plan For the Long Term 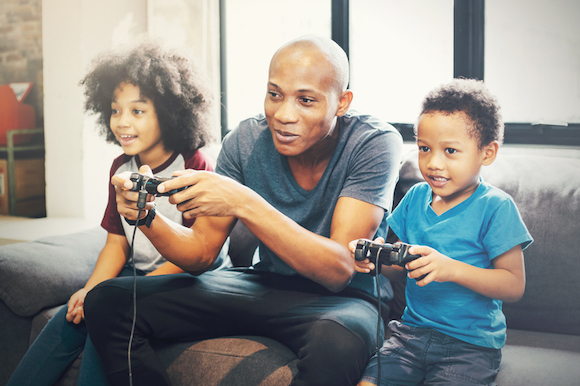 With the right methods for short-term and long-term storage, your Sony Playstation 4 and Microsoft Xbox 360 can last for years.

When Franklin first stored a Game Boy in the early 2000s, he took steps to clean it and store it in an air tight container. He kept the container inside a bedroom closet to maintain a comfortable temperature.

When he pulled it out in 2018, it was in perfect working order.

“Alongside the console I stored my collection of Pokémon games, which all got a complete play through without issue,” he says.

Franklin, a gamer who has been in the gaming industry for 11 years, has built up a collection of consoles and games he intends to preserve. When he recently returned the Game Boy to storage, he carried out the same cleaning and storing process to keep it in optimal condition.

“I hopefully will be able to have a repeat nostalgic adventure in another 10 years,” he says.