Do you get a nasty case of the Post-Halloween Blues starting on November 1st?

Do you wish that spooky feeling could last all year?

If you find yourself longing to live somewhere with real life ghost sightings and a rich haunted history, look no further. We have compiled a list of some of the spookiest towns you can live (and die) in.

The Long Beach Peninsula is a ghostly strip of land at the southwestern corner of Washington State. The Columbia River meets the Pacific Ocean just south of the peninsula. The convergence of the mighty river and ocean creates some of the most hazardous and choppy waters in the world. There has been said to be over 2,000 ship wrecks in the area and it has understandably been dubbed  “The Graveyard of the Pacific”.

The peninsula is bursting with paranormal activity. Oysterville is the eerie village at the northern tip of the peninsula. There are numerous unmarked gravesites at the Oysterville cemetery for sailors whose bodies washed to shore. One of the nameless tombstones reads “And The Sea Gave Up It’s Dead….”

You could also pop by the Shelburne Hotel in Seaview. The 120 year old hotel is said to be haunted by the man who built it, Charles Beaver. At the end of October, they have a spirit gathering, complete with creepy cocktails and festive snacks. If you are lucky, you may see Charles roaming the hallways looking for something he has misplaced.

Laconia is the home of the New Hampshire Pumpkin Festival. This squash-focused, family-friendly festival lasts for two days and includes a 34-foot tall tower of jack-o’-lanterns which they previously held a Genius World Record for, and a record they are actively trying to win again. The event also offers pumpkin bowling, pumpkin themed foods, a beer garden, and communal pumpkin carving.

Residents spend their spare time leading up to the festival carving pumpkins that will have a spot on the jack-o’-lantern tower. Once the festival is over, you can rest assured knowing that the spent pumpkins are carted out to surrounding farms to feed plumping piggies.

The deadliest battle of the American Civil War took place in the town of Gettysburg, Pennsylvania starting on July 1 in 1863. There were an estimated 51,000 casualties during the three day battle.

The town is a hot spot for paranormal sightings including the ghost of Jennie Wade. Jennie Wade was the first civilian casualty of the battle. She was hit by a stray bullet while preparing bread for union soldiers. You can visit the house where Jennie Wade was shot. As legend has it, the smell of fresh baking bread wafts from the unused kitchen every morning.

Gettysburg boasts an extremely high number of haunted hotels, many of which were used as field hospitals that briefly housed injured and dying soldiers. Ghosts of soldiers from both sides have been repeatedly spotted at historic sites in town. If you are lucky, they will sing you a chilling battle hymn.

In 1977, horror author Stephen King and his wife Tabitha took a trip to Estes Park, Colorado to stay at The Stanley Hotel. King was intrigued by the fact that most of the guests were checking out for the winter season while he and Tabitha were checking in.

He wandered alone through the peculiar halls and empty corridors. He got a drink downstairs from a bartender named Grady. It felt undeniably spooky and he liked that. A few days later, King had formulated the basis for one of his most popular and dark books to date, The Shining.

If King was inspired and spooked enough to write one of the scariest books of all time, you can bet your skin will crawl if you are a guest in the Stanley Hotel. 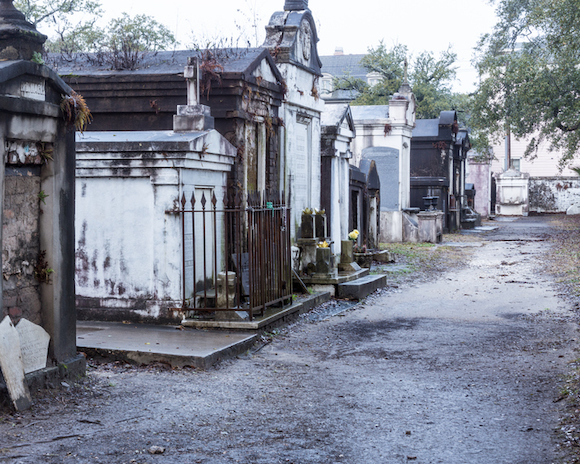 Halloween is the time of year where anyone can play dress-up with no fear of judgment. But if you want costume opportunities to present themselves more frequently in your life, move to New Orleans. New Orleanians don’t just wear disguises for All Hallows Eve, Mardi Gras, and St. John’s Eve. They are, in fact, masters of finding any excuse to masquerade in parade while drinking and being merry.

The city of New Orleans has a dark and mysterious history. Tales from the past are full of dark magic and voodoo, which is still practiced in and around New Orleans. You can easily go visit Voodoo Queen Marie Laveau’s gravesite at St Charles Cemetery 1. Just don’t make the same mistake that The Misfits did.

#DYK Sleepy Hollow, NY is the birthplace of the Headless Horseman? With festivals, hayrides, and parades, you need to check out this exciting #Halloween town this fall season! https://t.co/yVNdwczwyM #NYLovesFall pic.twitter.com/6K0mK0LIQz

In the Hudson River Valley of New York lies a quaint and hazy Dutch village that owes its popularity to author Washington Irving. Washington wrote the tale of Sleepy Hollow in 1819, and the character of the Headless Horseman is now one of the most remembered and nightmarish characters in American literature.

The town fully embraces its fictional past and offers up plenty of ghostly sights to get you in the spirit. Anytime of the year you can check out the headless horseman bridge or the gothic-styled Lyndhurst Mansion. During Halloween season the town is lit up with jack-o’-lanterns and parades. You could also go to a harvest festival or take a guided tour of the cemetery by lantern light as you sip champagne cocktails.

We have more info about our 10th Anniversary celebration of @TellurideHorror Visit https://t.co/lSyLMvEnZ8 for details! pic.twitter.com/ORSVYIrD4k

In the gorgeous mountain town of Telluride, Colorado, they take horror movies quite seriously. Telluride Horror Show is an annual horror film festival held in October. The event brings in many scary movie aficionados to the three day event. Ticket holders also get to attend special events like pig roasts, campfire ghost stories, Q&As with directors and movie screenings. 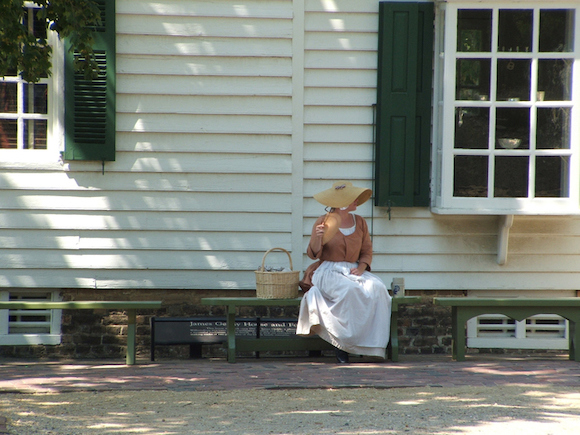 This former capital city of the colonies has a long, violent history has created many opportunities for mistreated souls to stick around and haunt the living.

Pirates frequently raided ships full of cargo coming to and from Williamsburg. An infamously ruthless pirate named Blackbeard frequented these waters, taking anything that he deemed treasure. He was known for his gigantic, brooding stature and a feverish mania that consumed him during battle. Blackbeard was eventually killed in an ambush at sea, his head was cut off and his body was thrown into the water. His skull was carved into a drinking cup and was kept at Raleigh Tavern in Williamsburg.

Blackbeard’s crew was imprisoned, tried, and hung in Williamsburg along Capitol Hill Road, where their bodies were left to rot in cages in order to dissuade anyone who was contemplating getting in the pirating business. Considering its gruesome history, it’s no wonder ghosts are frequently seen loitering in the historic district.

Over 200 individuals were accused of practicing witchcraft in Salem, Massachusetts from 1692-1693. The Salem Witch Trials led to more than 30 deaths, 19 of which were hangings on Gallows Hill, a popular visitor destination.

Salem has since apologized for the atrocities that happened in the 17th century, and it only took them 250 years to do it. Any time of the year you can take tours of colonial houses and buildings that are sure to give you goosebumps. Salem is a dream for any Halloween lover, offering 500 various Halloween themed events during the month of October. 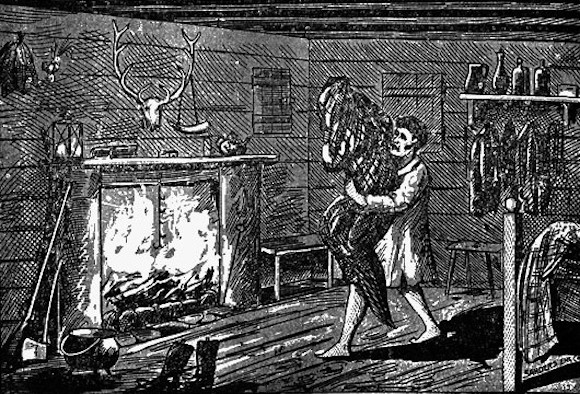 Home to the legendary Bell Witch, Adams has made its mark on Southern American folklore. In the early 19th century, John Bell and his family claimed to be tormented by a shapeshifting apparition that could speak with the living and traverse vast distances in little to no time.

The witch was said to be a deceased neighbor of John’s named Kate Batt. Kate is said to have cursed John and his family before her death due to her getting the bad end of a land deal with John. John’s daughter, Betsy, got the worst of the witches cruel pranks and torments. Betsy is named Queen of the Haunted Dell.

After John’s death, the witch was banished to a cave on John’s property. The cave is now known as Bell Witch Cave and it attracts history buffs and ghost hunters alike. The story of the Bell Witch was the direct inspiration for the 90’s classic documentary-style horror flick The Blair Witch Project. 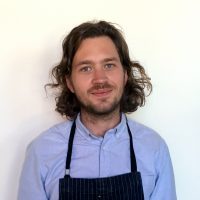