At some point in the past few decades, Austin transformed into a glossy city grappling with the growing weight of a litany of shiny titles and rankings: next big boomtown, next privileged home of Google Fiber and top vegan-friendly city of 2013 (despite its robust reputation as a barbecue haven), to name a few.

Austin constantly lives in the top spots of Forbes’ annual lists of best cities for jobs and other demographic rankings, not to mention becoming one of Kim Jong Un’s professed targets for nuclear conquest. To be sure, Austin never has suffered from ugly-duckling syndrome, but it certainly has been recognized as a “weird” duckling, a moniker the city has embraced and espoused. 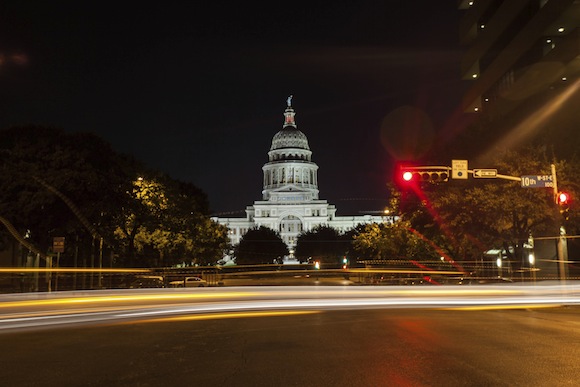 All of this shows, quantitatively, what those living here for years have already known: Austin is growing, and with growth comes change.

Some say the things that first made Austin “weird”–its oddities and laid-back attitude–have disappeared with the changing landscape of the city. In the past decade, Austin has turned into a mecca for startups (like SpareFoot!), tech entrepreneurs, aspiring so-and-so’s and those wanting to escape state income taxes. Forbes recently categorized the obsession with Austin as a case of “Austin Envy.” It’s a resurgence of “Gone to Texas,” but this time, everyone is making a beeline for Austin–and there’s no threat of dysentery on the road.

The delicate balance between Austin’s proud weirdness and its emerging status as a paragon of the new American city hasn’t gone unnoticed. Joshua Long’s 2010 book, “Weird City: Sense of Place and Creative Resistance in Austin, Texas” (University of Texas Press) explores this exact phenomenon: the cultural identity of Austin and the repercussions of its evolution. As critic Richard Lloyd deftly summarized in his review of Long’s book: “The problem: weirdness promotes growth, and growth undermines weirdness.”

It’s something that we at SpareFoot also cope with. We, like Austin, are growing and evolving. How can we keep ourselves awesome, quirky and weird as we scale?

The solution so far, it seems, is to remember where we came from without letting that nostalgia hinder us from moving forward. Nostalgia has its place–one should never forget one’s roots. But living in the past will harm the present and cripple the future. After all, “weirdness” is not a static thing; what’s “weird” will always be relative to what’s “normal.” At SpareFoot, we want our weirdness to evolve with our growth. It’s possible, and we’re striving for it everyday–just like our city.

Austin may have lost the beloved cross-dressing Leslie, but it does have a thong-wearing man on a bicycle who rides up Sixth Street every morning (perhaps thongs are an everlasting staple, on principle). There might be tons of new apartment complexes, but Hyde Park always will be Hyde Park–and there inevitably will be someone blowing bubbles at passing cars. This city always will be in love with breakfast tacos, categorize 80-degree weather as “nice outside” and get upset whenever someone plasters graffiti over Daniel Johnston’s “Hi, How Are You?” frog.

We all know why we love Austin: The food is incredible, the music never ends, the beer is ever-flowing, and boredom isn’t part of an Austinite’s lexicon. Creativity is encouraged, and hard work always is rewarded. These reasons will never change, and despite the traffic congestion and the new apartment complexes springing up left and right, the people are the reason we stay. Because once you leave Austin, you’ll miss it every day.

8 Tips for How to Store Emergency Food

21 Items You Should Never Store in Your Garage

How to Store Purses

How to Properly Store a TV