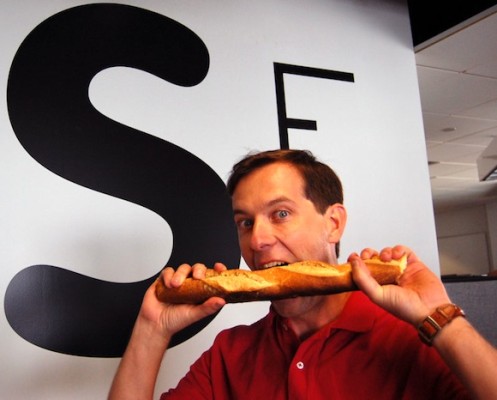 You read that right: Someone in the world is named Benoit Baudon de Mony, and he works at SpareFoot.

What is a Benoit (pronounced “Ben-WAH”)? We really didn’t know either when he first introduced himself at our weekly team meeting. We heard the French accent, caught a glimpse of a fair-skinned man and asked ourselves what in the world his name signified.

Then, slowly over time, we came to realize three certain truths: Benoit loves Easy Tiger. Benoit loves the dance floor. Benoit is truly unique. World, welcome back to our hotly anticipated, dearly missed series Meet the SpareFeet. What better way to bring sexy back than by debuting our most refined team member? 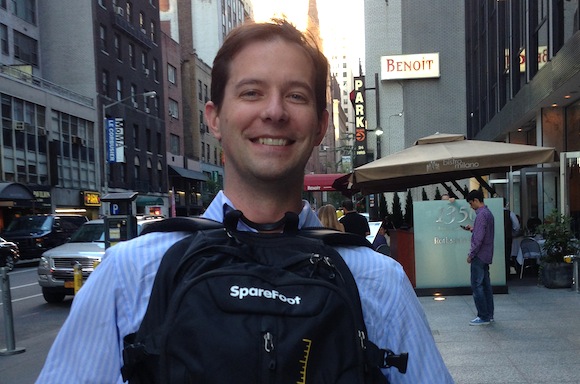 The History of Benoit

Before gracing SpareFoot with his amazing dance moves, Benoit–who has been in the online and B2C sectors for more than 15 years–worked at several companies like eBay and Match.com, where he did business development, marketing and product management.

Seven years ago, he relocated to Dallas from Europe while working at Match.com. After deciding to change jobs and move to Austin, he joined MapMyFitness (another Austin-based startup) before coming to the black-and-yellow side at SpareFoot.

Benoit focuses on business development at SpareFoot. In his words, this means thinking of ways to drive traffic to SpareFoot through our partner websites, as well as finding opportunities for us to leverage our assets to grow SpareFoot.

“It’s been really good,” he said. “Everyone has been great, with the occasional good-natured teasing about my background.” 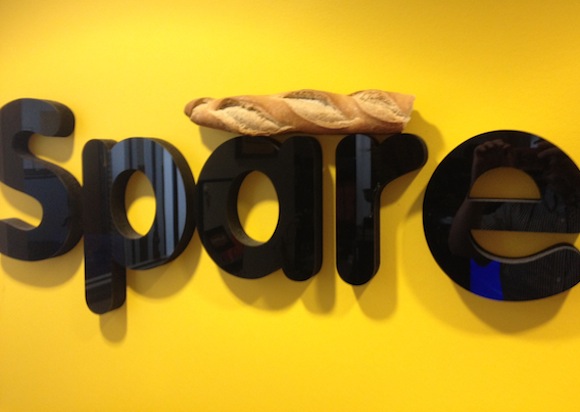 “Teasing” being the operative word: One of our developers, Patrick Mizer, left a baguette on Benoit’s desk, and since has been urging Benoit to paint it gold, put it on a chain and wear it as a necklace. A baguette-lace.

As an inherently American concept, self-storage remains relatively unknown to those outside the States. While self-storage does exist in France, the majority of structures are warehouses, and people use it only when they’re moving and their belongings are in transit. Additionally, you can’t freely access your stored items. So how does Benoit explain self-storage to his friends and relatives in France?

“They understand the concept,” he said. “But they do ask, ‘Why would anyone need self-storage?’ I think it’s because people move a lot more in the U.S., plus they just have more stuff. There are more consumers here who simply consume more. Things are cheaper in America, more accessible, and there is higher access to credit–so you end up with a society where people have a lot of stuff and have to store it somewhere.”

France + Austin = Best Friends Forever
Brief history lesson (courtesy of Benoit): France was one of the first countries to officially recognize Texas as an independent “republic” (1839). In 1841, France opened a legation in Austin (at 802 San Marcos St., to be exact), while Texas opened an embassy in Paris. The French Legation is the oldest documented frame structure in Austin and now serves as a historic site and museum.

Regardless of the friendly relationship between Austin and France, our state and the hexagon-shaped country couldn’t be more different in culture, climate and tradition. So what does our fair-skinned Frenchman think of our fair city? 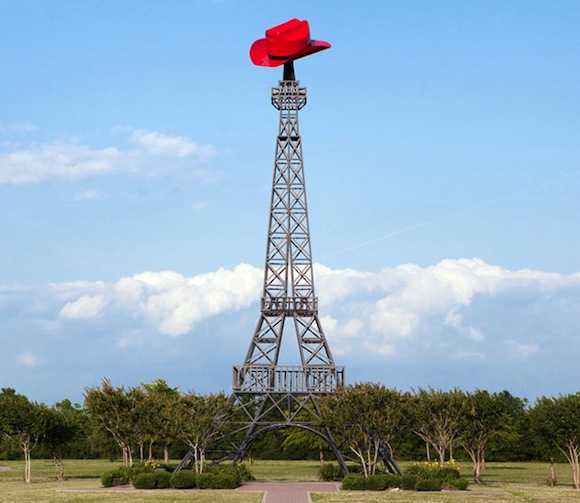 “I like good food, so Austin is a great place for me,” Benoit said. “There are a few places I like most–Perla’s Seafood & Oyster Bar, Parkside and Clark’s Oyster Bar. I have yet to try Justine’s. Soto in Cedar Park has truly amazing sushi, hands-down.”

There’s been a lot of debate lately over whether Austin remains as lovable and unique as it “once was.” Take it from the most cultured SpareFooter in our midst: Austin is marvelous.

“What I found compelling about Austin is that people have diverse backgrounds here–they come from all over the U.S.,” Benoit said. “I’m a lot more comfortable here, because there’s more diversity in food and things to do at night. Plus, I like the whole atmosphere and personality of Austin.”

The “Noble Arts” + “Unusual Sports”
When he’s not leveraging our assets or eating seafood around Austin, Benoit likes to sit down and read for hours on end. His background is in the “noble arts” (literature, philosophy, history).

“Some of my favorite writers are Shakespeare, Don DeLillo and Tom Wolfe,” he said.

In addition to dabbling in the noble arts and making the rest of us look uncouth by comparison, Benoit, a husband and father of five, also enjoys “unusual sports,” like fencing at the Austin Fencing Club.

“I’ve done it since I was 7 years old and participated in a lot of competitions,” he said. “Now two of my kids are doing competitions around Texas. It’s not a very popular sport in the U.S., but it is in France.” 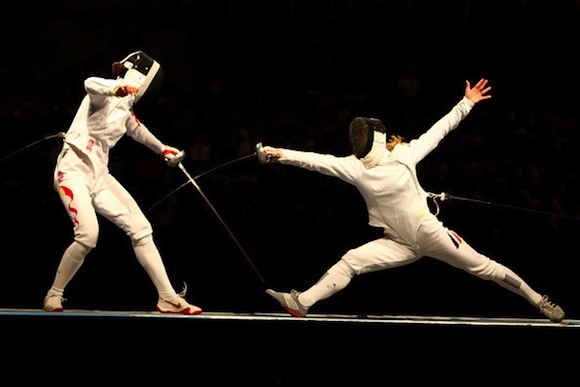 Fencing isn’t Benoit’s only specialty, however. He’s also an accomplished tennis player and has joined the ranks as one of our more talented ping-pong pros.

“My goal is to win the Austin Startup Games in ping-pong, but the stakes are high here,” he said.

High, indeed–SpareFoot takes the Games very seriously. After bringing home gold at this year’s Startup Games, we’re rabidly obsessed with defending our title. Is Benoit up for the challenge?

“Given my highly competitive nature, I hate to lose,” he said.

All signs point to oui.