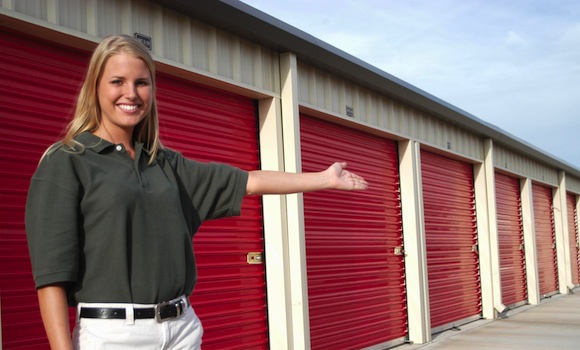 Self-storage has been taking it on the chin recently, and now it’s time to fight back.

At the recent SXSW Eco conference in Austin, TX, environmentalist Adam Werbach, former president of the Sierra Club, was quoted on Twitter as proclaiming that self-storage “is a symbol of what happens when we consume too much. We have too much stuff, and we’re paying the price.”

And in a recent op-ed piece in the Los Angeles Times, author Howard Mansfield wrote off the self-storage unit as “a symptom of our cluttered lives.” (By the way, it’s estimated that just 2 percent to 5 percent of us are true hoarders.)

To be sure, millions of Americans cope with clutter, as both Werbach and Mansfield alluded to. But their dismissal of self-storage as a “symbol” or a “symptom” of overconsumption or clutter overlooks the valid, clutter-free reasons that we (about 10 percent of Americans) rent storage units.

Self-storage is a symbol of what happens when we consume too much. We have too much stuff and we’re paying the price.-@adamwerbach #sxsweco

Take, for instance, a newly divorced woman who’s obviously going through a difficult transition. She may need a place to temporarily keep her belongings while she’s sorting out where she’s going to live.

Or how about a son who’s moving his elderly father into a nursing home? Is the son just supposed to chuck everything his father owns? He may need to store his dad’s possessions temporarily—perhaps even some treasured photos or antique furniture—as Dad settles into his new digs.

Then there’s the family moving from Denver to Dallas. To properly “stage” their Denver home, which is about to go on the market, they need to temporarily store some of their furnishings.

And let’s not forget the many small businesses that turn to self-storage as an inexpensive alternative to warehousing their inventory.

Mark Aselstine falls into that last category. Aselstine owns and operates a wine-selling business called Uncorked Ventures. He recently switched from storing hundreds of bottles of wine in a warehouse to keeping them in a storage unit in Berkeley, CA.

“It’s cleaner and a hell of a lot cheaper,” Aselstine said. “As a startup, money is tight, especially since my brother-in-law and business  partner is in the process of leaving our business.”

Did you know “hoarding” is now a mental condition? Self-storage has gone up 1000% in the past 30 years. – @Adamwerbach @Yerdle #SXSWeco

Aselstine pays $180 a month for an air-conditioned 10×10 unit with a roll-up door. At any given time, the unit contains a couple of hundred bottles of wine, as well as boxes, gift-basket supplies and related items.

“On a monthly basis, we run through about 500 bottles of wine. But they aren’t all there at the same time, as we’re pretty much a just-in-time inventory type shop,” he said.

By no means is the self-storage unit always, as Mansfield suggested, a “gated enclave for excess stuff.” In many cases, self-storage is a solution to a temporary “problem,” not a symptom of some sort of permanent clutter “plague.”