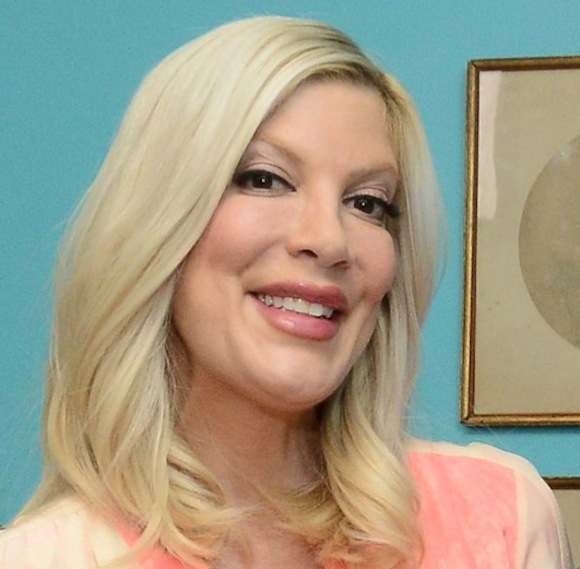 RadarOnline.com reports that she is stashing millions of dollars worth of furniture, designer clothes and other belongings in several self-storage units measuring more than 20,000 square feet. By comparison, the typical American home is roughly 2,400 square feet.

“It’s all very well organized,” a RadarOnline source said of Spelling’s stuff, “but she refuses to part with any of it.”

Update: In October 2014 on her Lifetime reality TV show “True Tori,” Spelling revealed that she spends about $3,000 a month to rent 127 storage vaults for some of her belongings. She tracks this stuff in a document that’s more than 440 pages long. “What I’m paying on storage is seriously a mortgage,” Spelling said.

An ‘Extreme Collector’?
One hoarding expert said Spelling sounds like an “extreme collector” rather than a hoarder. Unlike a hoarder, Spelling seems to be taking good care of her stuff by organizing and protecting it in storage units, said Geralin Thomas, a professional organizer in Cary, NC. Thomas has appeared on more than 20 episodes of A&E’s reality TV show “Hoarders.”

“I think a lot of people find themselves with storage units full of things and find it overwhelming to deal with the contents, so they do nothing,” Thomas said. “Meanwhile, they’re paying a lot of money every month, which, of course, adds up over time. When people are overwhelmed and unsure of how to proceed wisely, they procrastinate.”

SpareFoot surveys of consumers show the bulk of storage renters use space temporarily to cope with major life changes like a move or a divorce. Far fewer renters turn to storage units to clear out or prevent clutter.

Thomas said Spelling’s accumulated belongings are “only a problem if it affects the quality of her life and interferes with her day-to-day activities—if she couldn’t cook in her kitchen or sleep in her bed due to piles of stuff on top of it.” 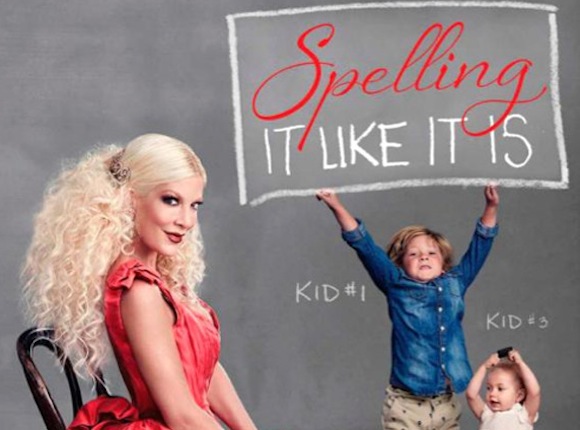 Time for a Garage Sale?
The RadarOnline source said Spelling could generate hundreds of thousands of dollars if she sold just some of her furniture and clothing.

“Tori is obsessed with her stuff, and does go to the storage facility at least one a month to drop off/pick up various pieces of furniture for her house. There is no reason for Tori to ever buy another piece of furniture ever again … . She could fill 10 houses with her stuff,” the source said.

This news comes on the heels of the revelation in Spelling’s new memoir, “Spelling It Like It Is,” that she’s in “financial ruin.”

“Tori’s storage-unit rental is $3,000 a month, which is a huge house payment for most Americans! She just refuses to get rid of anything because she thinks it will be needed down the line. When it comes to her kids’ stuff, which also takes up a huge chunk of space, Tori absolutely won’t even talk about getting rid of bicycles or old toys,” RadarOnline’s source said.

“She says she will hold onto their things to give to them when they are adults for their own families. Tori’s life would be so much more simpler if she just truly scaled back.”

Thomas said she can’t pinpoint why Spelling appears to be an “extreme collector,” but she can single out a possible reason: Around-the-clock access to online shopping has contributed to the amount of stuff we amass.

“Advertising convinces us we need to upgrade and replace things with more frequency than our parents and grandparents did—thus, we have more stuff to deal with,” Thomas said. “Credit cards have completely transformed how we shop and how much we spend; we are less cautious about spending when using credit cards.” 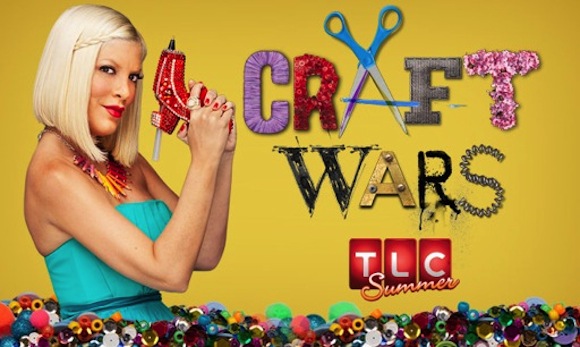 Extreme Collecting vs. Hoarding
So, what constitutes “extreme collecting”?

In a blog post last year on PsychologyToday.com, Susan Krauss, a psychology professor at the University of Massachusetts Amherst, cited a British study that found up to one-third of adults engage in some form of collecting. By contrast, 2 percent to 5 percent adults qualify as hoarders.

Krauss outlined these four differences between extreme collectors and hoarders:

“Just because you enjoy collecting, and may even have a few stashes around your home or office of objects that mean more to you than they do to others, this should not be a cause for alarm,” Krauss wrote.

But if you or someone you know starts to exhibit serious signs of extreme collecting, it may be time to seek professional help, she advised.