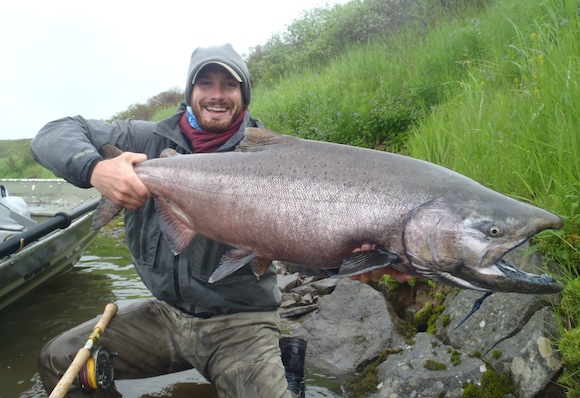 Cory Michner humbly shrugs off the notion that he’d qualify as a Renaissance man. But let’s examine the evidence.

To some of us, Cory would fit the definition of Renaissance man. Cory doesn’t view himself that way, though.

“There are a few folks I’d consider modern-day Renaissance men, but I don’t know that I’d include myself in the lot. I’d sure like to consider myself that one day,” said Cory, a member of the Client Relations Team at SpareFoot.

All right, we won’t stick the “Renaissance man” tag on Cory. Nonetheless, we still want to plunge into his array of life experiences. Let’s begin with his stint on the Longhorns football team.

An Accidental Longhorn
During his youth in suburban St. Louis, Cory was a three-year letterman and two-year starter at defensive end and offensive guard for Ladue High School’s football team. But he didn’t enroll at the University of Texas with the intent of suiting up for the Longhorns. As a matter of fact, he sort of stumbled into the UT football program.

Two months before arriving at UT on an ROTC scholarship, Cory developed a “pretty crazy” food allergy that knocked him out of military service. So he decided to try out for the football team and secured a spot on what’s known as the scout team, which helps the starters prepare for upcoming opponents. He spent four years as a defensive end on the scout team and did score a bit of playing time in regular games; during his senior year, he earned a football scholarship.

“I loved working on the scout team. Not everyone is going to be a starter or a superstar, but everyone is there for a reason and everyone has a purpose,” Cory said. “I got to go up against some of the best athletes in the country, and after I was done, I knew that I’d had an impact. You get to be a part of something so much bigger than yourself. I’ll take that any day.” 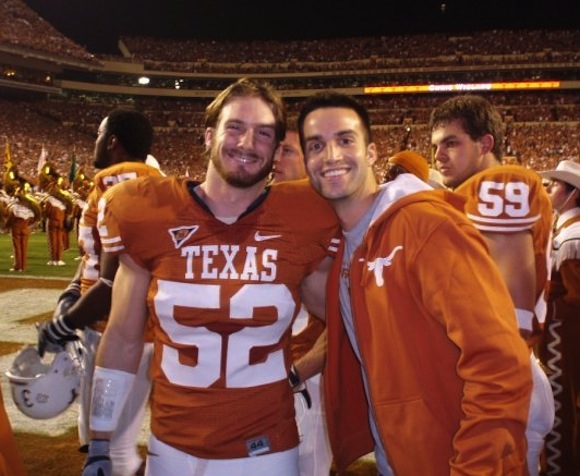 “Coach Brown is the consummate professional. The way he’s carried himself during his tenure at Texas is nothing short of admirable,” Cory said. “He cares deeply about the players, the program and Texas. I consider myself fortunate to have been coached by him.”

These days, Cory still follows the Longhorns, as well as college and pro football in general.

“I’ll follow any team that plays nasty defense,” Cory said. “As a Missouri native, obviously I’ll cheer for the St. Louis Rams, but in truth my favorite aspect of the NFL is getting to follow a player’s career from college to the league.”

Gone Fishin’
For Cory, vaulting from the college ranks to the NFL wasn’t in the cards. So right after graduating from UT in 2009, Cory hightailed it down to Argentina. He initially taught English there for five months.

“I went there with the intention of learning Spanish,” he said, “but in truth my real motivation was to find an outfitter that would take me on as a fly-fishing guide and, as luck would have it, I found one.”

In Argentina, Cory found work as a fly-fishing guide after logging some time as a maintenance man at a lodge in Tierra del Fuego. Subsequently, he ventured to Alaska and Norway to be a fly-fishing guide. Cory said the most rewarding aspect of his fly-fishing career was picking up “intimate knowledge” of places that few people will ever visit—remote areas with spectacular scenery.

In 2012, Cory returned to Austin, where he notched nearly a year as an account coordinator at Longhorn IMG Sports Marketing, the multimedia marketing arm of the UT athletics program. Earlier this year, Cory joined SpareFoot’s Client Relations Team. At SpareFoot, he guides facility clients in much the same way he guided fly-fishing tourists—with plenty of passion.

“What I like about SpareFoot is what I liked about football and guiding: Nothing is set in stone, and there’s nothing that’s 100 percent certain, but we’ve got a great group of people all working together toward a common goal,” Cory said.