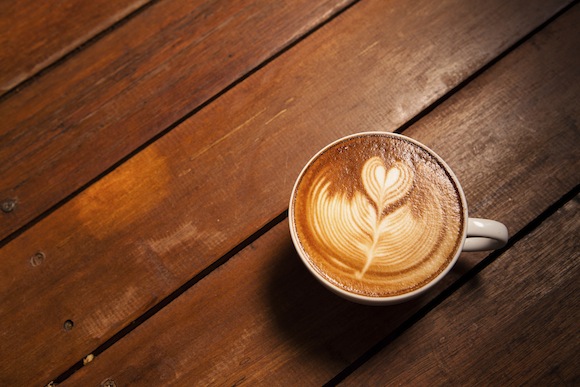 If you ask a completely random Austinite about his or her favorite coffee shop, you’ll probably get a completely random answer. The cup runneth over with literally hundreds of shops in the city that get the job done. Usually, though, it’s the location, ambiance or availability of power outlets that sets these coffee shops apart. Since to most people coffee is coffee, your average Austin resident will tend to forgive–or at least place less importance on–the coffee itself and pick the nearest place to his or her home or office.

Fortunately for you, the reader, I’m no forgiving reviewer of coffee shops. To me and a small but adamant group of coffee enthusiasts (or snobs, depending on your disposition), some shops perform far above and beyond the norm in Austin.

The so-called Third Wave coffee movement may be the most apt way to describe this small selection of shops.  What “craft beer” was (and is) to the beer world, “Third Wave coffee” is to coffee. Although, like any good coffee snob, I bemoan the broad application of labels to something as simple as good coffee, it’s a good way to describe how people are increasingly looking at coffee on a deeper level than they were in the Folgers or Starbucks era, and at an astonishing rate.

According to a Wikipedia article, you can recognize these kinds of roasters and shops shops by:

A big part of this movement is the precision involved in making a consistently great cup of coffee. There are myriad ways to ruin a cup of coffee along the way: growing, shipping, roasting. Most coffee shops fail at some point along the way: They buy cheap or over-roasted beans, hire inexperienced baristas or use stale beans. So to me, Third Wave coffee shops are a lazy way to describe the handful that consistently put out a great cup. In my opinion, these six shops in Austin best fit that bill.

The Third Wave coffee movement began as early as the late 1990s but (arguably) didn’t really take hold in Austin until 2009-10. The reason I say “arguably” is Caffé Medici, which opened in 2006. It began treating coffee in a way that eventually became the status quo for this new movement, namely offering Cuvee Coffee and using La Marzocco machines. The shop uses proper milk-frothing technique to create microfoam, which is a prerequisite for proper cappuccinos and lattes.

However, Medici hasn’t quite kept up with some of the more recent trends in great coffee, like offering pourover options. Moreover it hasn’t adopted the multiroaster concept, where a shop serves coffee from a variety of roasters. The experience of tasting two to three very diverse coffees in one place is pretty awesome, and unfortunately Medici just isn’t the place for that. But Medici deserves a spot on the list because it’s historically significant and still a lot of people’s favorite coffee shop. I consider Medici a standby–good but not necessarily the most consistent or cutting-edge offering Austin has to offer.

Thanks to Pacha, which offered single-origin roasts as early as 2001, as well as the innovations brought by Caffé Medici, Austin has had good coffee for a while. But the Third Wave movement wasn’t distinguished in the city until early 2010, when Frank Restaurant’s coffee program really hit the scene. Frank started brewing Intelligentsia Coffee, a Chicago-based roaster that continues to be one of the most renowned in the world, under former general manager Tyler Wells. (Wells was such a high performer that he went on to work directly for Intelligentsia before co-founding Handsome Coffee Roasters in L.A.)

Outside of bringing in some of the greatest coffee Austin has seen, Frank was the first place many Austinites experienced manual brewing methods, like Hario V60 pourovers and Chemex pots. In fact, there’s a great video from 2010 in which Wells explains some of these more crafty techniques–hard evidence that shows how ahead of the curve the shop was as long as four years ago. Frank now brews Handsome Coffee (small world, right?), and although Wells is gone, he set a high bar for future baristas at Frank. You can still stand to get a great cup in the restaurant or at the walk-up window in what remains to be the best in-restaurant coffee program in the city.

The difference is that Houndstooth offers coffees from a variety of roasters, making it the first multiroaster shop in town. Houndstooth offers variety in a way no other shop seems to capture, providing a rotating choice of two different (usually single-origin) roasts on espresso and a rotating bean for each manual brewing method. A customer can taste a bean from two different parts of the world in one visit, and compare, say, a very earthy-chocolate-bourbon roast with a very floral-vibrant-fruity one.

The shop gets dinged on Yelp for not providing a comfortable environment, not offering pop-coffee drinks (no pumpkin spice lattes here) and being a little pricey. But the informed consumers (read: snobs) keep coming back for the consistently well-brewed cups of a wide variety of beans.

“The multiroaster concept can be hard to maintain,” Houndstooth barista Gregory Alford said. “Financially, it’s more expensive to carry multiple roasters because you’re not getting the same volume discounts. Dialing in [perfecting brew parameters for each bean] a wider variety of roasts also means more waste.”

But Houndstooth Coffee manages the multiroaster concept better than anywhere else in town. The downtown location, which opened in 2013 inside the Frost Bank Tower, matches the original location in terms of outstanding quality and consistency.

Pros: Multiroaster; small group of baristas and strong training program means consistent quality; ranked No. 50 among America’s 50 Best Coffee Shops
Cons: Usually a line, may be overwhelming to a non-snob coffee drinker (“Wait, I can’t just get a regular cup of coffee?”); parking at downtown location

Under Wells, Frank’s coffee program bred a few talented baristas. One of them, Matt Bolick, seems to have made it his personal mission to bring the Third Wave to Austin’s East Side. And Bolick has done just that: Between Flat Track and his involvement in Wright Bros. Brew & Brew, a combined coffee shop/bar concept on East Fifth Street, the East Austin coffee scene has matured significantly.

With the help of co-owner Sterling Roberts, Flat Track is mastering the art of pop-up coffee shops. Their primary location is tucked away in the back of Farewell Books (formerly Domy Books). The second shop, which opened last December, is inside No Comply Skateboarding. At any location, Flat Track offers high-end espresso made with a custom La Marzocco GB 5 and its own beans, which are roasted in town and usually are single-origin. In fact, Flat Track is as much a roaster as it is a shop, supplying bulk orders to other coffee shops and businesses around town.

In my mind, Flat Track is a success because it takes care of the baristas, who produce consistently great cups and solid conversation. The clientele also is close-knit, consisting mainly of regulars (at least partially because of the hidden location and lack of advertising) who work or own businesses in the neighborhood. For these reasons, I consider Flat Track the most social coffee shop on this list.

“What makes Flat Track special is the people,” barista Amanda Farris said. “It’s impossible to not have conversations in this space, and that has led to some pretty awesome ideas and projects.”

Patika Coffee is a silver food cart that happens to pump out great shots using Cuvee coffee. These guys actually introduced me to Third Wave coffee when it opened in the spring of 2010. It was located at Congress Avenue and Second Street (now the construction site for the JW Marriott hotel), about a mile from the SpareFoot office, and I was hooked. I couldn’t believe that you could pack so much depth of flavor–and caffeine–into such a smooth cup of coffee.

Relocated last summer to the LAZ parking lot at Congress and Fourth Street, Patika now holds its own next door to Frank and across the street from Houndstooth. On a nice day, I’ll elect to head to Patika over its neighbors. Like Flat Track and Houndstooth, it consistently has great baristas (often Andy or Nick, who run the cart) who can make a great cappuccino, latte or Americano with their eyes closed.

Like Medici, however, Patika offers only Cuvee coffee and no other roasters. It usually sells Cuvee’s Meritage blend, which helps Patika continue to brew extremely consistent cups. This, to me, is its greatest downfall. It’s not that I don’t appreciate Cuvee–it’s one of the nation’s top roasters and certainly the best large-scale local roaster–but I appreciate variety even more.

Best Coffee South of the River: Once Over Coffee Bar

Once Over opened the original Austin coffee bar in 2009 (meaning it predates every other shop on this list except Caffé Medici) in a former antique furniture store. Owners Rob and Jenée Ovitt opened in 78704 after founding Izzy’s in Asheville, NC. The bar concept encourages conversation with the baristas, a concept also successfully executed at the downtown Houndstooth location. It’s also the only shop on this list that I hadn’t frequented before starting this article. As our poor editor John Egan can attest, I’ve taken months to write this article, largely because I wanted form a complete opinion of the Once Over Coffee Bar.

Like other South Austin establishments, Once Over is a little bit weird. The environment–music, art, and customers — is much more eclectic compared to the others on this list. It offers a 10 percent cash discount because merchant services companies are the man, maaan. But Once Over is not all that different from the other shops on this list: It puts out great espresso with a La Marzocco FB80 machine.

Once Over gets some Yelp hate because of its service, but I’ve had nothing but good vibes there. (I have, however, gotten a bad Aeropress coffee, but that seems to be a fluke.) My main guff is that while Once Over is a multiple roaster shop in theory, it has offered only Cuvee’s Dead Fingers espresso blend in my experience. If Once Over consistently offered more selection in terms of espresso beans, it would be a contender for the best shop in Austin; until then, it’s merely mingling with the greats.

Pros: Beautiful back patio with a view; fair prices, cash discount; open until 9 p.m. (except on Sunday)
Cons: Tiny parking lot; often serves only Cuvee; consistency could be improved

Tony writes columns about the best way to store commonly-stored items. He also writes about marketing, technology, and other fun stuff like zombies and IKEA furniture.