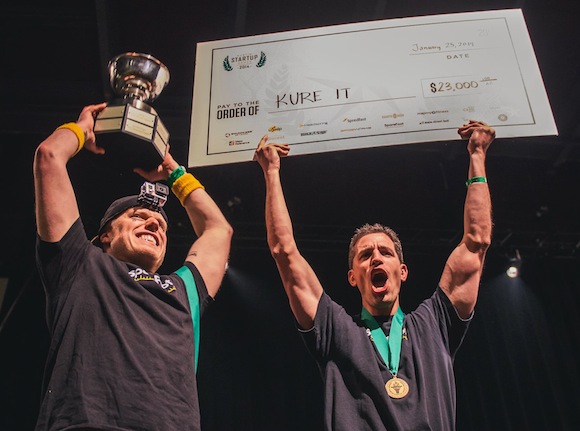 Who needs the Winter Olympics in Russia when you’ve got an amazing gold-medal-winning team deep in the heart of Texas, where it’s typically warmer and safer?

On Jan. 25 at the Austin Music Hall, SpareFoot crushed—as in crushed like a champagne grape—the competition at the third annual Austin Startup Games to grab our second consecutive gold medal. 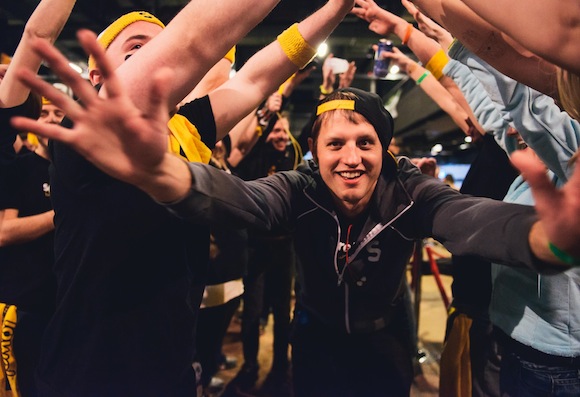 Evan Huston revels in the glory after he and Michael Wright took gold.

“SpareFoot’s incredible team spirit was on display Saturday, when we absolutely dominated the Austin Startup Games,” said co-founder and CEO Chuck Gordon, who could hardly contain his post-triumph excitement. “While last year was a close 26-23 victory, this year we pulled ahead and won 31-15. SpareFoot bleeds gold!”

Aside from capturing gold in five of the 10 “sports” at the Startup Games, SpareFoot took home a $23,000 check for cancer research charity KureIt. The second-place winner (uShip) and third-place winner (Capital Factory) also collected money for their favorite charities. In all, 16 startups participated in the games. 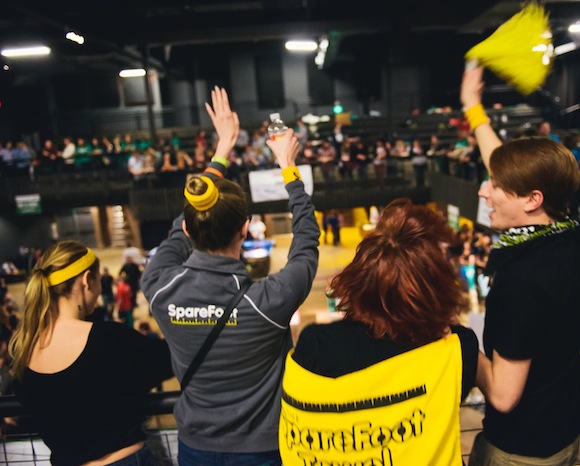 SpareFooters cheer for our team at the Austin Startup Games.

Here’s a rundown of our silver medal winners: 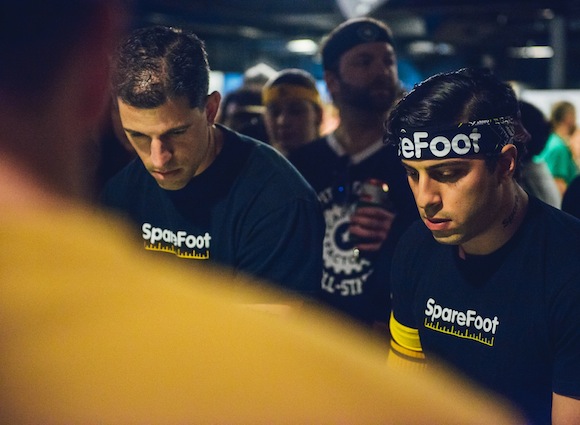 John Durrett and Mario Feghali’s intensity pays off with gold in foosball. 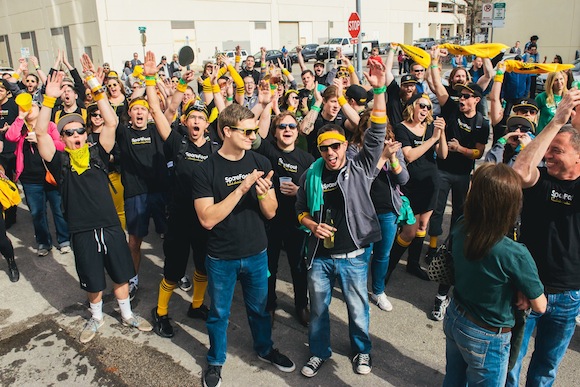 SpareFeet rally before the start of the Austin Startup Games.

“I did not compete, but I wanted to say that even though some teams saw us with a target on our backs, many competitors were very cordial about how we acted at the games in relation to other teams,” said Albert Hood, a member of SpareFoot’s Amazing Customer Experience (ACE) Team. “So I was happy to hear that many of us SpareFooters represented SpareFoot well.” 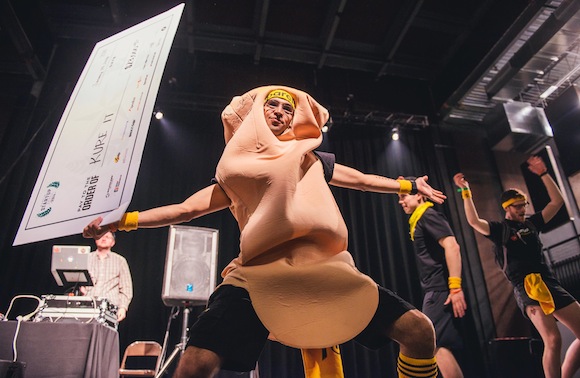 “It was tough. They took us to overtime, and the crowds on both sides were going nuts, but we pulled out the win for a third straight beer pong gold!” Huston said. “There is such camaraderie between the teams within your sport. During the game, you’re kind of hard on each other, but afterward it’s just hugs and ‘We got you next year.’”

Speaking of next year, we’re already preparing to defend our title and bring home gold once again. Watch out. You’ll have to pry the Startup Games trophy out of our talented, gold-medal-glorious hands. 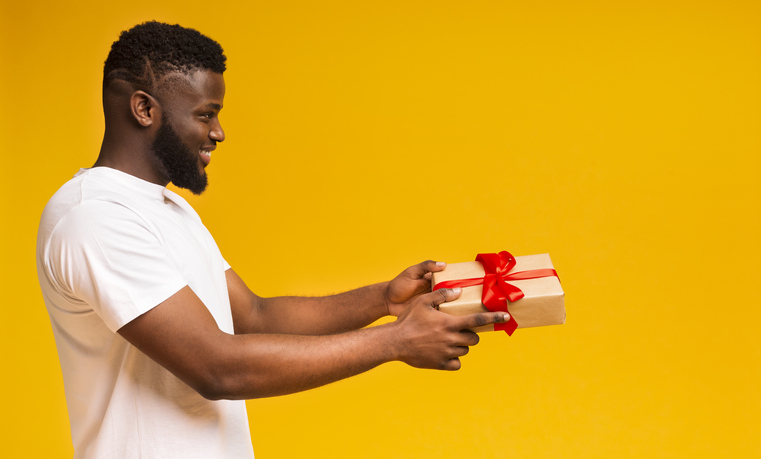 How to Cut the Clutter and Have a Gift-Free Christmas